The city’s e-hail pilot has been up and running for several weeks now, which means the startups participating are starting to get real data back. Hailo shared some numbers with Betabeat, and the usage patterns are exactly as this outer boroughs denizen suspected: 40 percent of rides originate outside of Manhattan, as opposed to 3 percent of overall cab rides.

No one who’s ever desperately tried to catch a cab in Queens in the middle of the day will be surprised by this. We’d use a signal flare if it would help.

That’s not to say that suddenly everyone outside of Manhattan is zipping around in taxis, though. 31 percent of rides start in Brooklyn, and 9 percent in Queens. Guess it’s taking a little while for e-hailing to catch on in Staten Island and the BX.

What’s more, the outer-borough neighborhoods where people are using the app definitely skew toward areas popular with young gentrifiers. A quarter of Brooklyn rides start in Williamsburg (wonder how many of those are Manhattanites on a night out?), followed by downtown Brooklyn, Greenpoint, Brooklyn Heights and Park Slope.

Queens is even starker: Astoria accounts for 21 percent of rides, and something called “Astoria Heights” accounts for another 6. 14 percent come from LIC, another 6 percent from Hunter’s Point, and Sunnyside rounds out the total with 9 percent. That’s a tiny corner of a very big borough.

The numbers illustrate that, while they’re helpful, e-hail apps aren’t really a panacea if you’re outside Manhattan. I’ve used Hailo twice, both times from Astoria. I found it relatively easy, but that’s probably because with the Queensboro on one side and the Triboro on the other, there’s usually someone within pinging distance. If you’re in cab-less Staten Island, though, an app can’t help.

E-hail isn’t necessarily a magic bullet even if you are in Manhattan, either: The Wall Street Journal published data from the TLC’s pilot program today, and only 17 percent of all June e-hail requests (117,000 total) resulted in rides. (Womp womp.)

So if you’re trying to catch a cab in Jamaica, maybe just start walking for the subway. 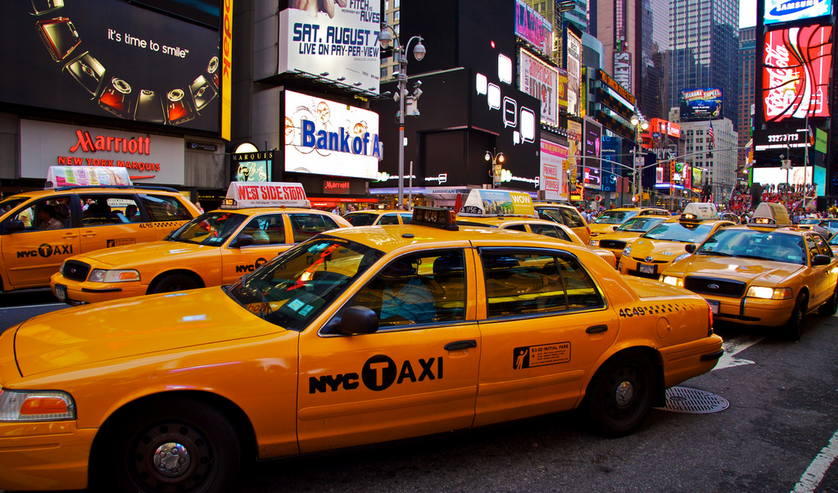