ELIZABETH – Ignoring one of the two other male candidates in the race who have criticized him down the stretch, Cory Booker oratorically pounced on U.S. Rep. Rush Holt (D-12) and pummeled him mercilessly in the face of criticism of the mayor’s ties to Wall Street investors.

“Please consider the messenger,” the mayor said in response to Holt’s criticism of Booker in last night’s debate that he has evaded explicating his role in the creation of the media start-up company and initially failed to disclose his holdings in the company, built with a front-end load of Wall Street capital.

“I like Rush Holt,” Booker backhanded. “He’s asked me to campaign for him and I have, but he has not filed his disclosure forms that were due in May. We got a business of the ground. People found it compelling. Rush Holt failed to disclose his federal disclosure forms required of us.”

A media hoard watched Booker’s mammoth blue bus with his picture on the side pull up outside the Columbian restaurant packed with Latinos eager to endorse the mayor in his quest to be the next U.S. Senator.

The election is Tuesday and Booker is heavily favored to win.

Holt and Pallone double teamed him in the News 12/WBGO debate last night, branding Booker the candidate most at ease with Wall Street.

They also took him to task for being too often in the fetal position around hard-charging Republican Gov. Chris Christie.

“I find it almost surprising that the mayor of the state’s largest city should not have a relationship with the governor,” Booker jabbed back today after accepting the endorsement of numerous Latino groups and posing for grip and grins with, among others, state Sen. Ray Lesniak (D-20).

Among those declaring their support for Booker were Elizabeth Councilman Nelson Gonzalez (pictured at the microphone, above) and Hudson County Freeholder Junior Maldonado.

In a statement released later in the day, the Holt Campaign asserted that Booker’s claim is false.  The following is a statement from Thomas Seay, a spokesman for the Holt campaign.

“It’s an offensive attack by an obviously flustered candidate,” said Thomas Seay, a spokesman for Holt. “Rep. Holt’s family is grieving two serious losses:  the deaths of his mother-in-law and his uncle.  As anyone who has dealt with a death in the family knows, it takes time to resolve a relative’s estate, so Rep. Holt received a standard extension to file his annual financial report.  He will of course file his final report by the deadline, and a decade’s worth of his past reports are already available for public review.

“Despite this attempt to change the subject, the mayor still is dodging the serious questions raised by his involvement with Waywire. How did the mayor fail to disclose his single largest asset, worth more than a million dollars, on multiple financial disclosure forms? Has the mayor spent time running a private, for-profit company rather than serving as mayor of Newark? And if the mayor hasn’t been working for Waywire, how can he justify accepting a million-dollar gift of company stock from the investors who set up the company?”

The Booker Campaign released a list of Latinos backing Booker for U.S. Senate, including:

Vice-Chairman of the Hudson County Board of Chosen Freeholders Jose C. Muñoz 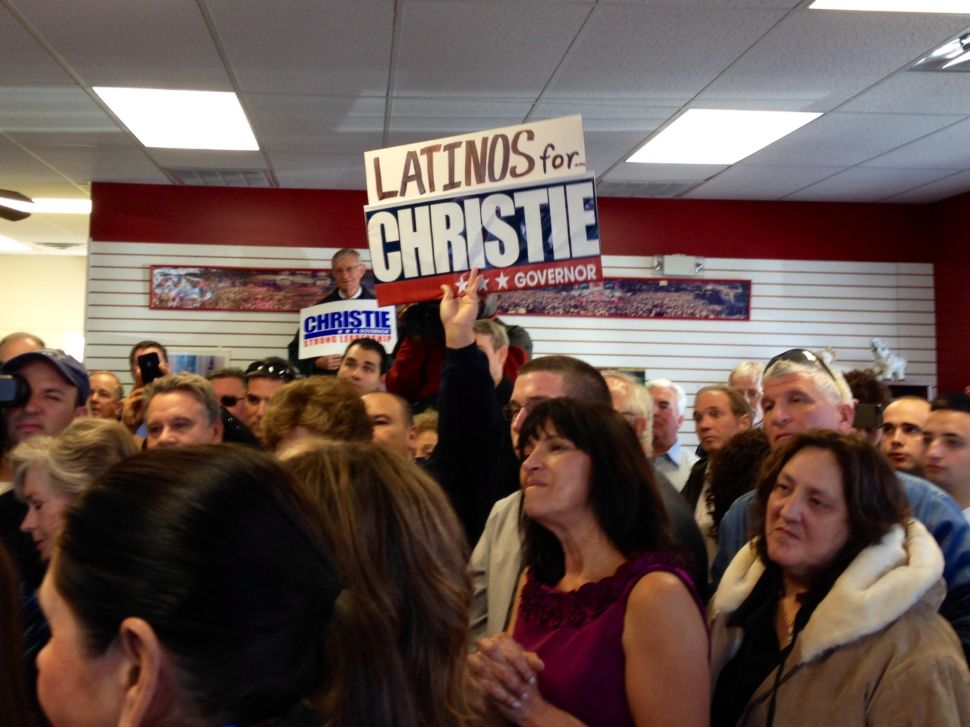