In six years, China has produced more than half a dozen features about Ip Man, a grandmaster of the martial art wing chun, whose biggest claim to fame while alive was that he had been Bruce Lee’s instructor. Posthumously, Mr. Ip has taken on the status of a real-life superhero and has even begun to outshine his most famous pupil in Eastern pop culture.

Despite his popularity overseas, outside the martial arts community, few Westerners are familiar with Mr. Ip, and, among those, an even smaller population knows his history outside his mentorship of Lee (who eventually eschewed Mr. Ip’s wing chun style in favor of his own martial art hybrid, jeet kune do). This might actually work in favor of Wong Kar-wai’s new film, The Grandmaster, a moodily atmospheric take on a well-tread paladin that might otherwise suffer from the odd pairing of director and subject. It’s a little like getting Jim Jarmusch to direct a film about Spider-Man.

Mr. Wong has gained critical acclaim for slow-burning sagas like Chungking Express, In the Mood for Love and 2046 and in 1997 won Best Director in Cannes for Happy Together, a story about a turbulent relationship between two gay Chinese men visiting Argentina that drifted along in a stylized, melancholic mist. In The Grandmaster, as with his other films, it is patience, rather than a deep knowledge of the subject matter, that is required. That this film is more narratively cohesive and action-oriented than Mr. Wong’s previous endeavors isn’t saying much.

To play Mr. Ip, the director has employed one of his favorite actors, Tony Leung. The action opens with Mr. Ip in his 40s. After defending the honor of South China and wing chun against a series of progressively difficult opponents, Mr. Ip engages in a battle of wits against current Grandmaster Gong Yutian (Wang Qingxiang), only to be defeated by that man’s daughter, Gong Er (Ziyi Zhang), a woman frustrated by her inability to carry on the legacy of her father’s fighting style because of her gender.

The beautiful action sequences, reminiscent of those fight-flying combat scenes popular in early millennial crossover hits like Crouching Tiger, Hidden Dragon and Hero are here interspersed with real-world concerns: Hand-to-hand combat is rendered almost arbitrary when the idyllic Chinese setting is ravaged by foreign soldiers with guns and bombs during the Second Sino-Japanese War. How Mr. Ip survives to carry on the legacy of his martial art, we learn, comes as much from his adaptability as physical dexterity: His life philosophy encompasses both longer vision and a wider worldview than his opponents, who either stubbornly cling to the notion that any deviation from tradition is dishonorable or are so swept up by progress that they are unable to look back.

Watching Mr. Ip work as a waiter and teacher in Hong Kong isn’t nearly as fun as watching him take on 20 ninjas, and the film’s meditative second half is a comedown from the epic fight sequences that whizzed by in the first. Still, The Grandmaster offers welcome relief from a moviegoing summer spent in sensory overload. 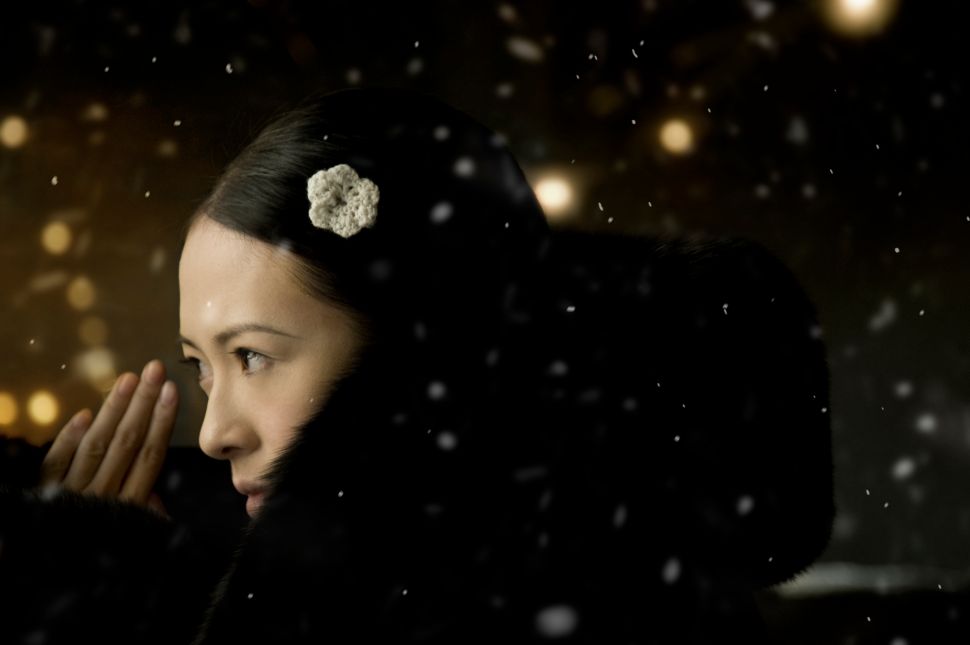