At a press conference defending the NYPD today, Republican mayoral hopeful John Catsimatidis found himself defending one of his own supporters, who was reportedly under investigation, as well.

This morning, the New York Post reported that Manhattan Republican Party Chairman Dan Isaacs was allegedly recorded musing over a bribe offer from an undercover agent in a federal investigation that has already resulted in corruption charges against multiple Republican party officials.

But Mr. Catsmatidis, who has been endorsed by Mr. Isaacs’s organization and has provided substantial financial support in return, today dismissed the report.

“Look as far as what I know, I don’t think he did anything wrong,” Mr. Catsimatidis told Politicker at the press conference not far from City Hall. “Did somebody try to make him do something wrong? Probably. But did he do anything wrong? Not that I know of.”

Mr. Catsmatidis, however, declined to say whether he thought Mr. Isaacs should step down, and said it would be up to voters to decide.

“He’ll come up for a vote in September some time and it’s up to the committee of Manhattan to vote for him,” Mr. Catsimatidis said.

Politicker pressed, asking Mr. Catsimatidis, whether even engaging in that kind of conversation was a problem.

“There’s two ways to look at the conversation,” he argued, suggesting that Mr. Isaacs could have simply directed any cash offers legally to the party’s campaign committee. “If I was a Manhattan chairman and I was there, I’d have said to the person: ‘You want to contribute to the party?’ Which is 100 percent legal. ‘Contribute to the party.’ Right?”

In the recording, Mr. Isaacs was also quoted offering an extremely optimistic assessment of now-indicted State Senator Malcolm Smith’s implausible mayoral candidacy. Mr. Smith, a Democrat, was seeking the support of Republican chairs to allow him to run in their party’s primary, which the undercover agent was trying to push along. But as Politicker attempted to ask if this amounted to a sense of political betrayal on Mr. Isaacs part, Mr. Catsimatidis interrupted with an ominous prediction.

“I believe that we might see some more problems in the community as far as other officials,” he said. “But let’s let the federal government do their paperwork.”

Mr. Isaacs told the Post that he has done nothing wrong and the taped quotes were taken out of context. 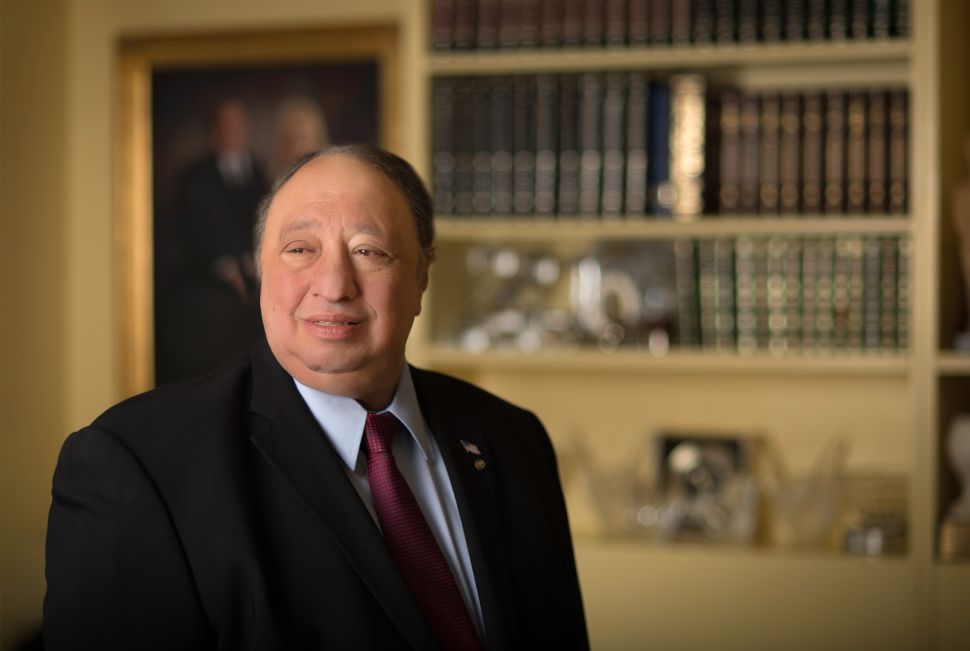