The Republican party is at a crossroads and will have a big decision to make on its direction should Gov. Chris Christie enter the 2016 presidential contest, former Gov. Tom Kean said in an interview today.

Kean, an elder statesman in New Jersey and a popular figure in national political circles, said should Christie enter the race, Republicans will be faced with the choice of fielding a candidate who can win or fielding an ideologue to promote party purity.

“They can nominate somebody who touches all the conservative bases and you’ll get 40 something percent of the vote and the Democrats will win or they can pick somebody who is like Christie who spans the spectrum and brings a whole lot of folks that aren’t Republicans into the party – much like Ronald Reagan did – and win.”

Kean said he thinks critiques that Christie’s Jersey guy persona won’t play in Middle America are overblown.  People inherently trust Christie, he said, and that is a huge strength.

“I think people are looking for honesty and straightforwardness and he does that well,” Kean said.

Christie faces an uphill climb with the conservative base of the Republican party due in part to his stances on issues like gun control and national security.  Christie has tangled with conservatives including Kentucky Sen. Rand Paul and some believe he is too moderate to rise to the top of the GOP nominating process.

Still, Kean said, it would be a tactical mistake for Christie to try to tack right for a primary campaign.

“That’s always a mistake,” he said.  “You can take your views that are already conservative and emphasize those things but if you actually look as though you’re changing your beliefs voters see right through it.”

After the 2012 election, much soul searching took place in Republican circles as the party contemplated its second straight loss.  Minority voters deserted the party, some felt, because of hyper-conservative views on issues such as immigration.  Others said Republican nominee Mitt Romney wasn’t conservative enough and the party should move right for its next nominee.

That choice will be on stark display in 2016, Kean said.

“If he goes ahead and runs it’s going to be the party’s choice,” Kean said. “He’s probably the one who gives the party the best chance against Hillary (Clinton). Whether they want somebody to give them the best chance or they want a true believer is up to them.” 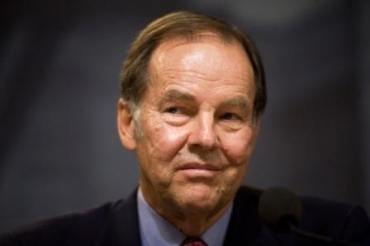