TRENTON – The state lawmaker who Gov. Chris Christie says is largely responsible for his decision not to renominate a Republican justice to the state Supreme Court says the governor gave him “way too much credit.”

Sen. Ray Lesniak told PolitickerNJ Christie’s decision not to send Justice Helen Hoens back to the bench when her term expires in October because of comments Lesniak made is perplexing.

Lesniak, who told The Star-Ledger that Democrats would reject Hoens’ nomination over payback for Christie’s refusal to renominate Justice John Wallace, says he was simply expressing his own opinion.

“I’m just one senator on the Judiciary Committee,” Lesniak said. “He gave me way too much credit in terms of not renominating Justice Hoens.”

Christie announced his decision to not renominate the sitting justice during an afternoon news conference. He called out Lesniak by name, saying the lawmaker made a “very bold and arrogant announcement” about Hoens’ future on the bench.

Lesniak reportedly told the newspaper “there has to be a price paid” for what Christie did to Wallace.

Christie responded Monday by saying “you don’t have to be a genius to figure this one out” that the Democrat-controlled Judiciary Committee would hold up Hoens’ renomination.

As to whether Hoens would actually clear the Senate committee if she were renominated?

Lesniak affirmed it would have been a battle.

“There’s no doubt she was going to have difficulty because her opinions on the bench showed absolutely no independence from the governor’s views,” said Lesniak, adding however that “it was presumptuous to think she would not have been reconfirmed.” 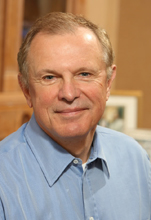