Calling himself the pragmatist in the contest, Booker today called Lonegan too extreme even for his own Republican Party.

“He’s a far left liberal extremist,” the former mayor of Bogota said of Booker, decrying the Democrat’s effort to wear the pragmatist tag.

Booker in his speech earlier today noted his close ties to GOP Gov. Chris Christie, but Lonegan described as significant Christie’s endorsement in the U.S. Senate contest. Christie earlier this week announced his support for Lonegan.

Booker’s evocation of Christie “shows he’s desperate,” Lonegan said. “Chris Christie didn’t endorse Cory Booker, he endorsed Steve Lonegan, and he didn’t pull any punches when he did it.”

In his speech today, Booker argued that a third of all new commercial development in the state right now is occurring in Newark. 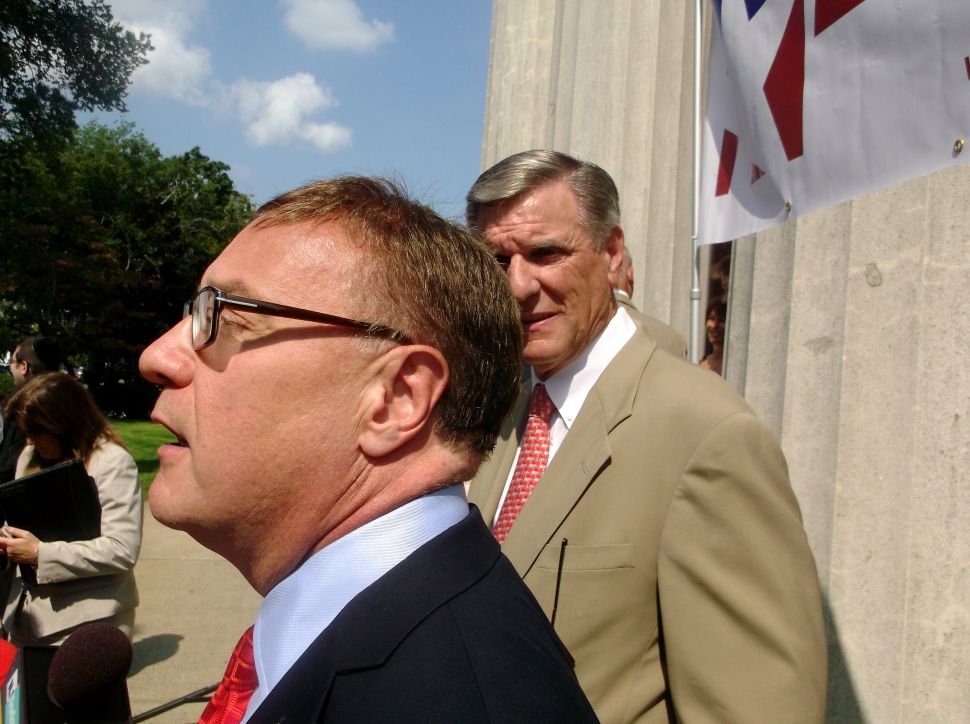