If you’ve been following our coverage of Marina Abramovic’s Kickstarter, which hopes to spur construction of a Marina Abramovic Institute for performance art, then you know she could use a little help on the donations front. In fact, with 17 days to go she has not yet raised even 40 percent of the $600,000 she’s asked for from her fans around the world.

So today she announced that if you give her just $1, the lowest possible donation, she might hug you at an event that will be known as THE EMBRACE.

Dear Friends and Founders of MAI,
Thanks to your contributions, we have now raised over $200,000, with more than 850 MAI Founders!

To express her gratitude, Marina has created a special event, to which ALL BACKERS, past and future, from $1 and up, of this Kickstarter are invited.

At this event, called THE EMBRACE, Marina will thank everyone who has joined her to create Marina Abramovic Institute with a personal hug.

THE EMBRACE will be held in two undisclosed locations, one in New York City and one in Europe, with exact dates and times to be announced. Founders who are unable to attend will be offered a special reward in lieu of a hug from Marina, to be revealed shortly.

Stay tuned, spread the word, and thanks for your generous support.

Kinda pricey! Now I know what those guys in Times Square with the “free hugs” signs are talking about. 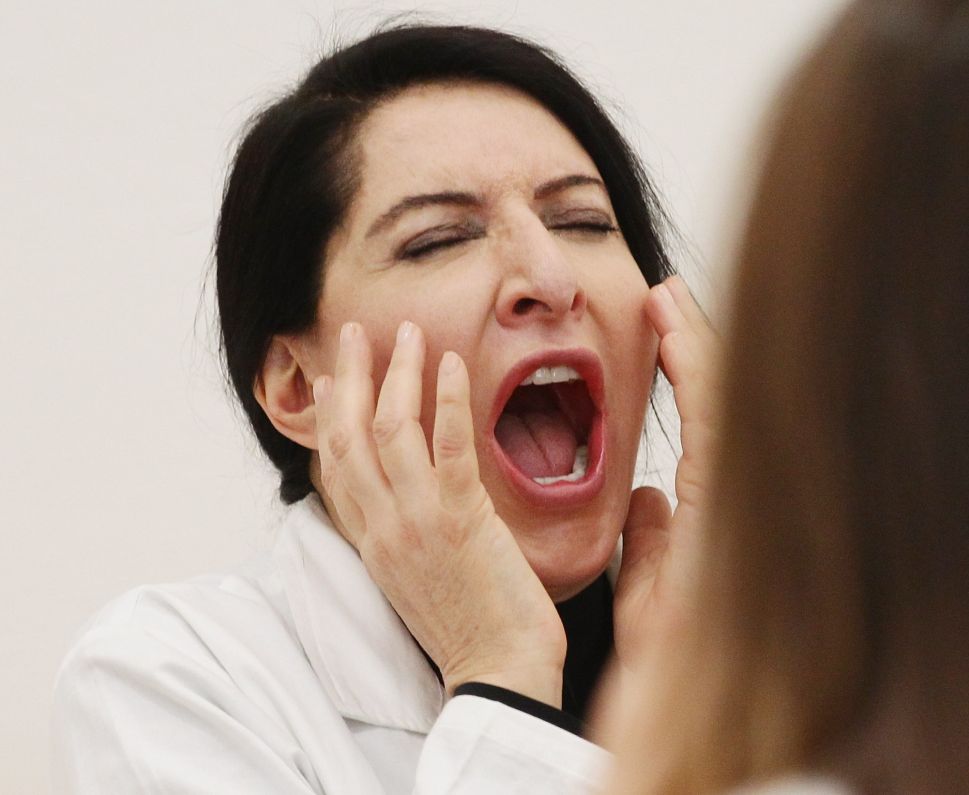