PARAMUS – Aligning themselves with GOP Senate candidate Steve Lonegan on this issue, members of the local Syrian community spoke out against the United States bombing their country of origin.

“We should not undertake more bombing,” said Bashar Hanna, a Bergen resident who came to the United States in 1991. “Let the United Nations run its course. We cannot just go in and bomb people.”

“We’re here because we don’t want bombing,” he said.

PolitickerNJ.com asked Hanna if he supports the Assad Regime.

“I’m not against him,” he said. He’s also unconvinced Assad’s regime is responsible for a chemical weapons attack, a point Lonegan made too during his remarks. 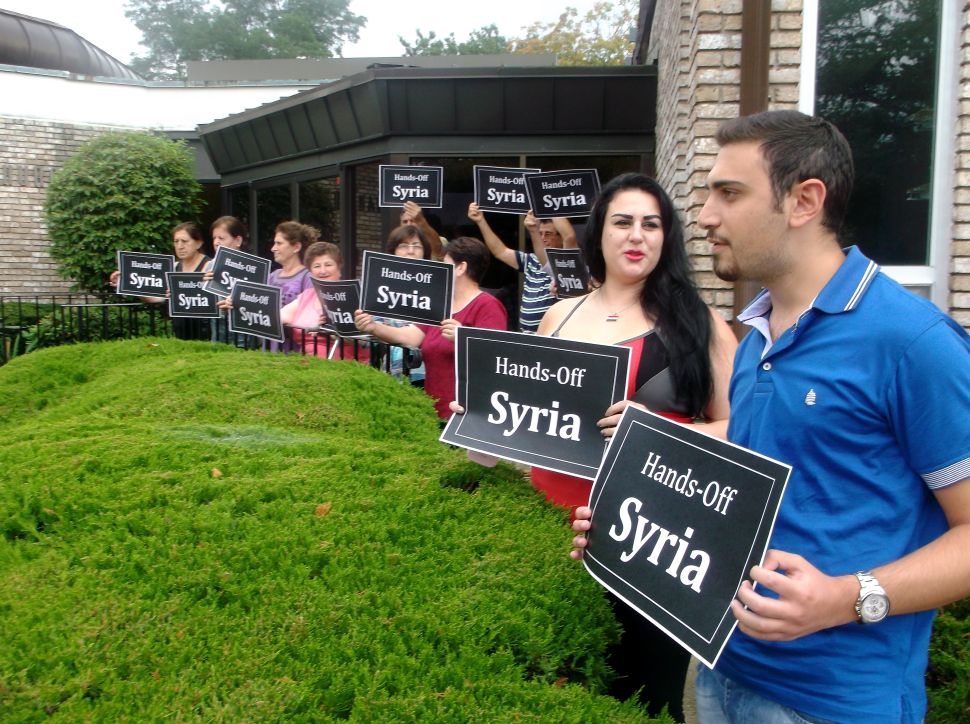