Democrats in the 18th District want their Republican opponents to condemn a tweet by the Lonegan campaign and the former Bogota mayor’s subsequent remarks.

Assemblyman Peter Barnes, a candidate for state Senate; and his running mates, Assemblyman Patrick Diegnan and Nancy Pinkin said they objected to an annotated map of Newark, which labeled “West Africa,” “Guyana,” “Portugal” and “Brazil” as sections of the city, as well as the “Middle East,” “Afghanistan, Pakistan plus Bangladesh and Trinidad.”

“Today, I call on David Stahl to do the right thing and officially denounce the candidacy of Steve Lonegan and his politics of racism and hate,” said Barnes, whose rival is the former Democratic mayor of East Brunswick.

Stahl switched parties to run for the state Senate as a Republican.

“By remaining silent on this issue, David Stahl is giving Lonegan his unspoken endorsement before Tuesday’s special primary election. Steve Lonegan does not represent the values of any political party, Democrat or Republican, and his candidacy is an embarrassment to the state of New Jersey and David Stahl’s party of choice,” Barnes said.

His running mates also called on their GOP counterparts to denounce the tweet. 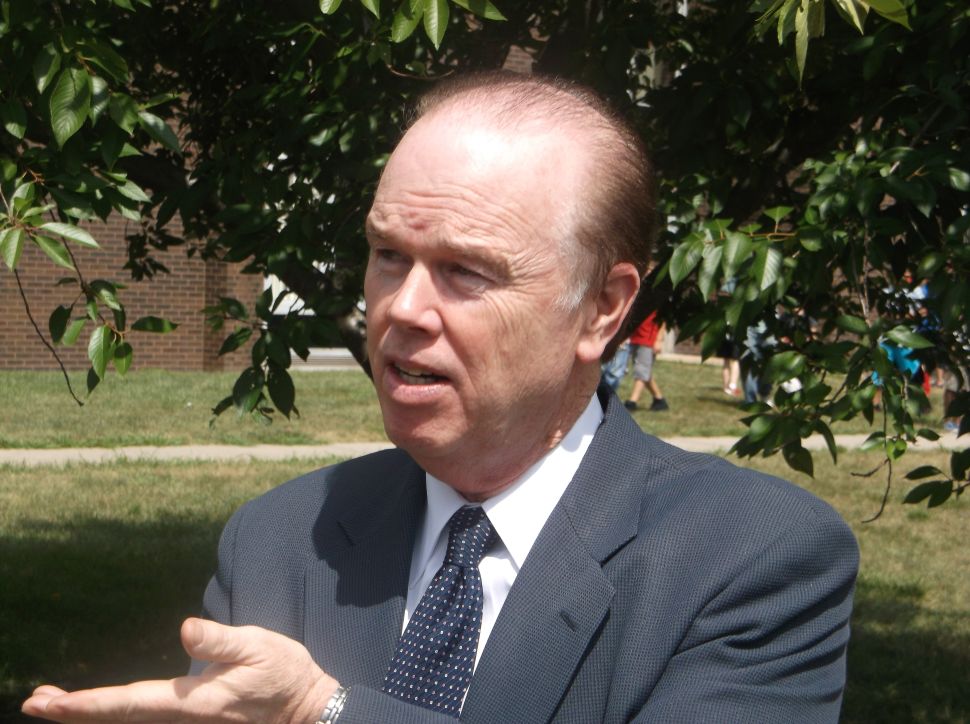