As the primary season comes to an end and the 2014 midterms start to stir, political operatives continue to make headlines for doing stupid shit. I wrote a hit story a couple weeks ago about the new breed of operatives whining and tattling and leaking. But it occurs to me that the reason for this bad behavior is that some political operatives are failing to remember one undisputed fact about campaigns: An operative must have a candidate’s best interest at heart at all times, even when the candidate acts like a lunatic.

The headlines coming out of this year’s campaigns have been a disastrous display of what happens when you either forget this rule or don’t give a damn about it.

During numerous campaigns I have always followed that rule. Whether as an intern, field director or campaign manager, you have to understand it. It can be a tough rule to observe. Candidates get crazy or make huge gaffes and you may want to sprint for the closest exit, lest your own reputation and “brand” endure collateral damage. But that’s not the deal you made.

Maybe you are among the millions who viewed the Youtube video in which Phil Davison, a candidate for treasurer in Stark County, Ohio, basically went insane. I was the executive director for the County GOP where that happened. Mr. Davison, whose mild mannered demeanor made that meltdown all the more shocking, became a viral laughingstock. But those tasked with winning the treasurer’s position in Stark County didn’t bail on our guy. We stuck by him. (And Mr. Davison also earned a bunch of praise for his over-the-top passion after the election.)

When your candidate goes ape shit in public like Phil Davison or even gets caught tweeting a crotch shot to a random 20 something, you still have to follow that rule. It’s their name on the ballot. It’s their reputation. They’re the ones who have the spine to take on the scrutiny from the party, press and the public. It’s your job to endure abuse behind them. And then there’s this: without the candidate, you don’t have a job. Protecting them is the job.

It’s not always a major gaffe or a possible criminal act that can undo your candidate. Sometimes they just lose the ability to make rational decisions that normal people make on a daily basis. Candidates can’t help it; their name on the ballot is like a powerful hallucinogenic – they get delusionally optimistic and paranoid at the same time. One boss used to describe it more simply: “When a guy puts his name on a ballot, his IQ immediately drops 20 points.” That’s why they have operatives in the first place.

One time I had a candidate who demanded an insane amount of web videos. Han Solo couldn’t do the Kessel Run as fast as we were pushing out videos. The candidate had an idea to do a video that highlighted famous, respected men with beards, which was a recognizable feature of the candidate and made for a humorous spot. We shot it at noon on a Friday. The candidate called or emailed me about the video no fewer than 45 times until it was completed. It goes up at 7:00 p.m. At 7:03 I get a call from the general consultant, “Take down that f’n video right now!” I’m thinking “Oh shit, what did we do?” It turns out the person who made the video used a picture of Jesus Christ (pretty famous dude who rocked a beard). Except this particular depiction of Jesus was sporting a Bud heavy in his hand and a smoke hanging from his mouth. The most rendered image in the history of mankind and we land on that one. Crazy manifested itself that day as impatience. The candidate, driven by his impatience, forced us into a mistake that may have damaged him personally. We got the video down by 7:05 p.m. and fixed by 8:00 p.m. We were looking out for his reputation. That’s the job.

So far this year, staffers seem to be more concerned with their reputations than with their candidates.

When “Sexting the Sequel” broke in Weinerville, the campaign manager handled it one way and the communications director handled it another.

In comparison the communications director, Barbara Morgan, unleashed a full-throated defense of her candidate. She may have erred on tactics, but Ms. Morgan was clearly going to defend her candidate until the day the election was over. She understood her role. I don’t condone a profanity laced tirade to a reporter. However, I do condone protecting your guy at all costs, and that’s what she was trying to do. The communications director is the one who gets it. She didn’t fold like a cheap suit; she went into survival mode for her candidate. That’s the job.

Another example of this noxious trend from this season occurred last month, this time in Kentucky. Senator Mitch McConnell’s campaign manager, Jesse Benton, bashed Senator McConnell on a phone call with a former colleague, who secretly recorded the nasty remarks and then blackmailed Dennis Fusaro. At least this manager understood the rule, unlike Mr. Weiner’s. He stood up and said “I’m behind this campaign 100 percent.” It still looked terrible but at least he handled it like a pro. 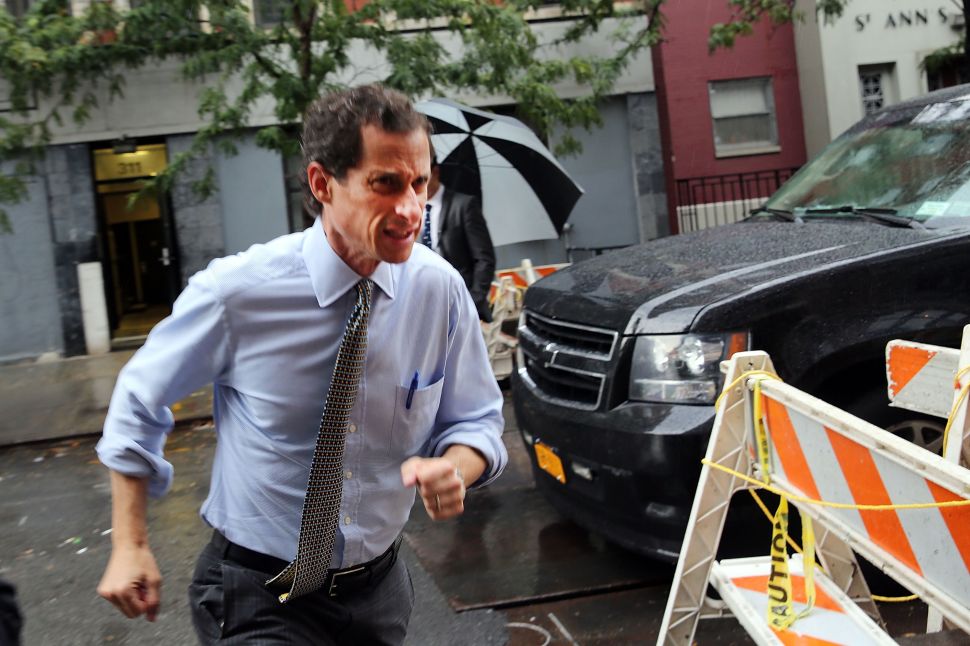