“He’s not in Newark (much) of the time,” Pallone said in the News 12/WBGO showdown. “I don’t know how he can say he’s hands-on when he’s not even there.”

“You can’t sit behind your address and wait for resources to come to you,” said Booker, who said he brought hundreds of millions of dollars to Newark.

“There he goes again,” the congressman said.

Pallone in particular kept on Booker.

“What about Waywire – this Internet startup, which he’s actually benefiting from personally as he goes around the country and meets these millionaires?” asked the congressman, referring to the business Booker set up with wealthy investors.

Booker sidestepped the question but focused on what he called the hundreds of millions of dollars he’s helped bring to Newark.

“Investors and businesses,” he said. “I’m proud of that record.”

“Why doesn’t he use that relationship to support marriage equality?”

“Congressman Pallone wants to talk about me tonight instead of the issues that affect you,” the frontrunner said into the camera.

“His position on Social Security is very unclear,” he said of the mayor.

“He will consider cutting benefits for young workers,” Holt said.

“They’re still talking about me and I want to talk about you,” Booker said.

During a discussion about the Affordable Healthcare Act, Pallone used his work on securing the act to counter Booker’s repeated criticisms of a do-nothing Congress, then bashed Booker as too close to Wall Street.

Holt savaged Booker at the close.

“Mayor Booker has some explaining to do, about his inviting business moguls to give him a company,” Holt said.

Pallone put a pirouette on that.

“He’s gone from Newark 20% of the time,” the congressman said.

In her final statement, Assembly Speaker Sheila Oliver (D-34) promised to swim upstream when the current is going the other way. 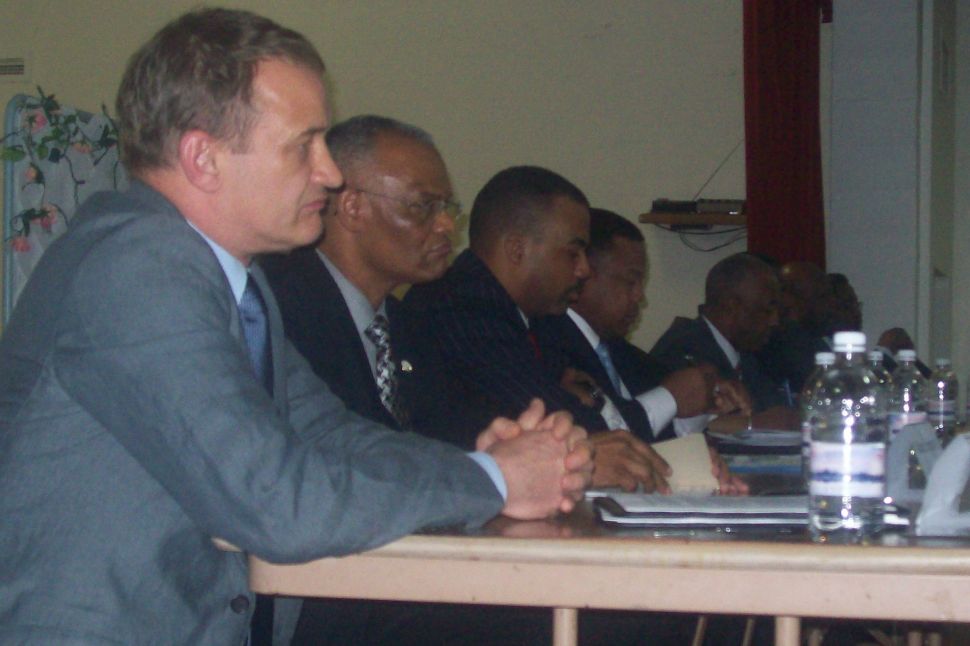