CLIFFSIDE PARK – Americans won’t be bamboozled into war, U.S. Rep. Bill Pascrell (D-9) told a crowd of constituents at a town hall event here earlier this evening as the nation reacted to reports of the Syrian government using chemical weapons against its own people.

Pascrell voted for the authorization of force in Iraq a decade ago and came to regret his vote.

“We just came out of two wars,” said an often animated Pascrell tonight, standing in front of the council chamber with a power point presentation of the Middle East. “The American people are filled up with death. …You’re not going to see boots on the ground in Syria. There’s no taste in the Congress to have boots on the ground.”

U.S. Secretary of State John Kerry today said the government of Bashar Assad used WMD against his own people, according to USA Today.

“The administration has not decided on military action, White House spokesman Jay Carney said,” according to the report.

Pascrell said he wants proof that Assad’s regime is guilty. He emphasized that the United States would not fall prey to undertaking unilateral action, as it did when then-President George W. Bush ordered the invasion of Iraq.

Pascrell told his audience that he is encouraged by the Arab League’s condemnation of the Assad Administration.

In this town meeting in the Bergen County portion of his new district that Pascrell absorbed after winning the 2012 general election, Pascrell argued at several junctures with conservatives opposed to Obamacare.

“Get your facts straight and then ask your question,” the 76-year-old congressman told one man who said no one read the bill before casting a vote.

“I read it, I helped write it,” Pascrell shot back.

At another point during the program, a man at the microphone lamented the weakened condition of America, drawing the congressman’s ire. 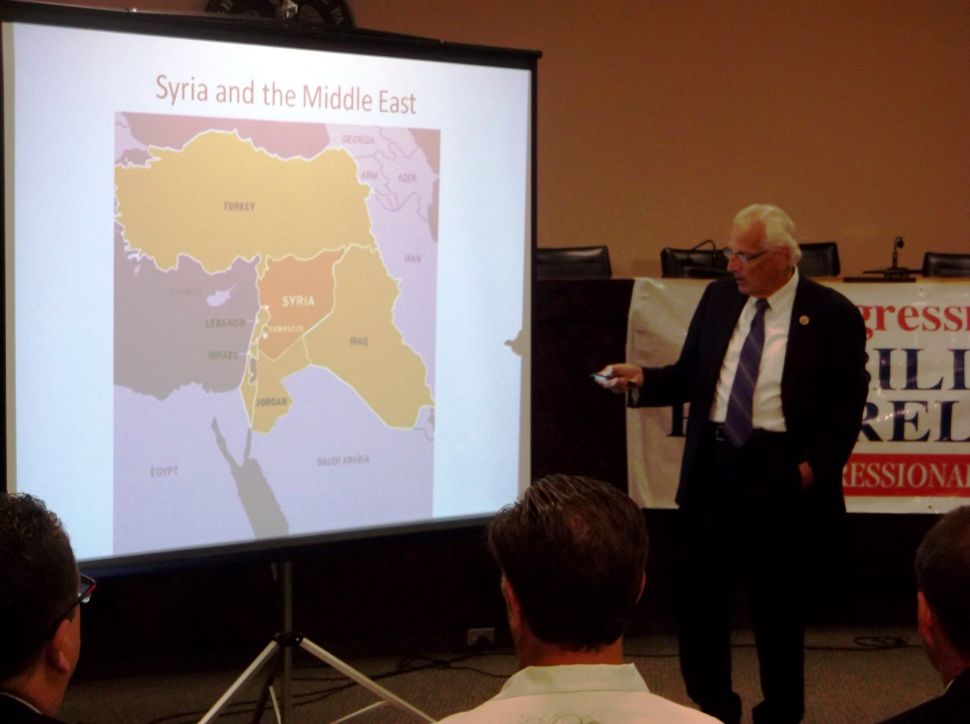