Oh, the Internet. Never shy of turning a terrible personal tragedy into voyeuristic “entertainment” for the masses.

Within hours of a gory accident that left an unfortunate British tourist with one “mangled leg” and a severed foot this morning, photos of the horrific accident surfaced on the Internet and have apparently been doing the rounds of email inboxes, if disgruntled Twitter users are anything to go by.

The incident, caused by a runaway taxi and bizarrely attended by celebrity doctor Dr. Oz, would regrettably have been captured on camera phones by the bystanders at the shocking scene on the intersection of 49th and 6th.

The photos have been causing quite a stir, mostly with newspaper reporters who are not taking kindly to being sent photos of the foot:

Fact: seeing a photo of a tourist’s severed foot will NOT improve your afternoon.

Everyone in my office is looking at a severed foot and I think I need to contact HR, but I don’t know what to tell them.

DO NOT send me photos of a severed foot in my work email. WTF WTF WTF

Just saw a photo of a severed foot on a NYC street … Yup, I’m back at work. @TMZ

Just because someone had a foot severed in an accident you don’t have to send photos of the foot. WHO is going to print that – honestly? 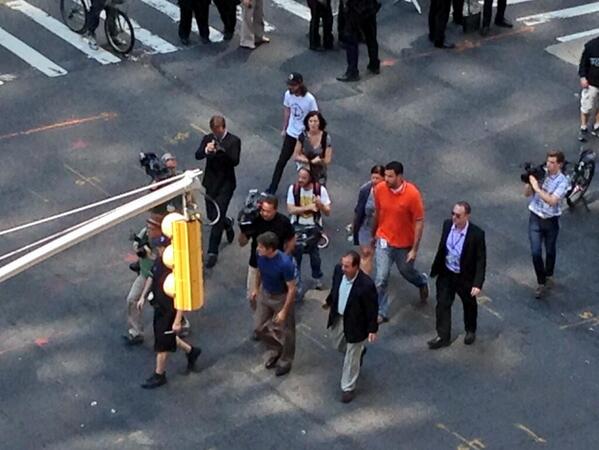