“On the merits, Rush Holt deserves to be a U.S. Senator,” said Green, a Central Jersey native. “But today’s Senate race won’t be decided on the merits. It will be decided by who has the highest name recognition on a sleepy summer Election Day. We all know who that is, and that’s why the PCCC did not get actively involved in this election.”

Green argued that Holt used his campaign to expand the debate and educate the public with videos about about why the feds should tax Wall Street speculators and pass Elizabeth Warren’s student loan plan.

“This is in stark contrast to those who say nothing real in their campaigns,” Green said. 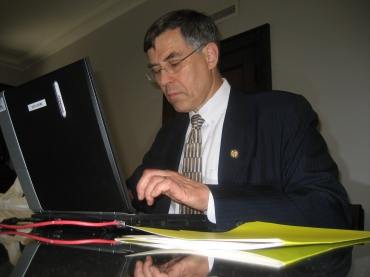