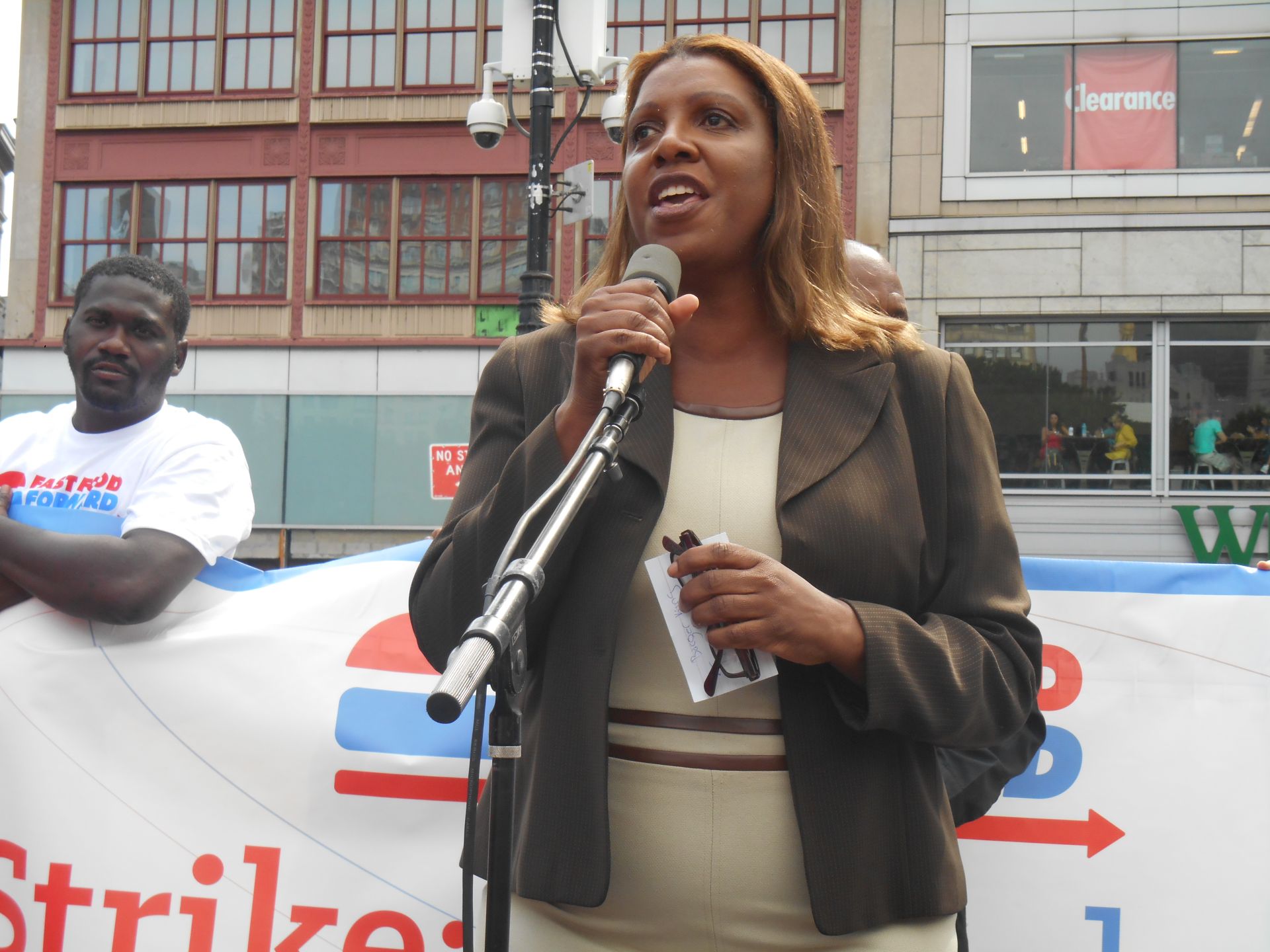 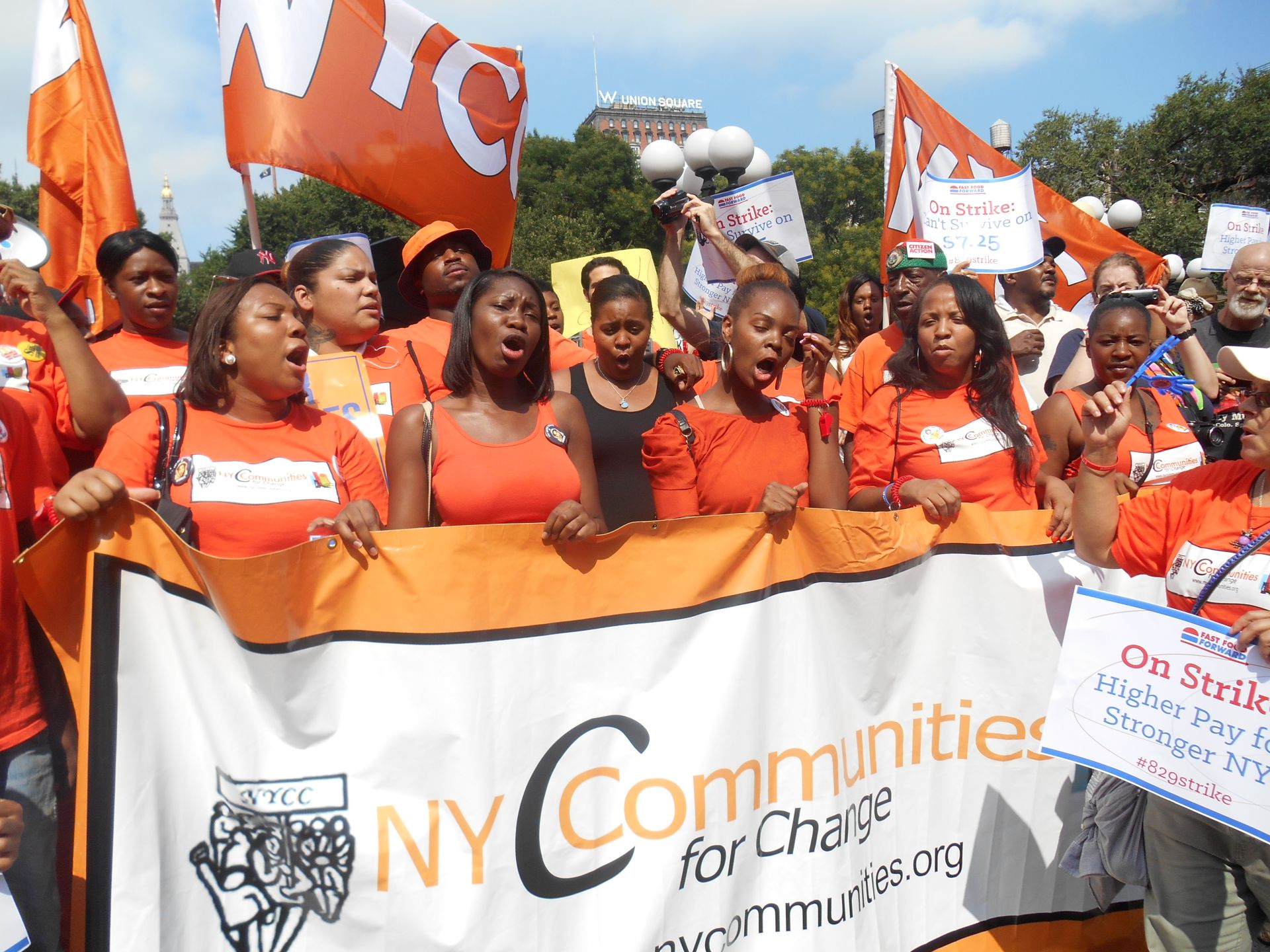 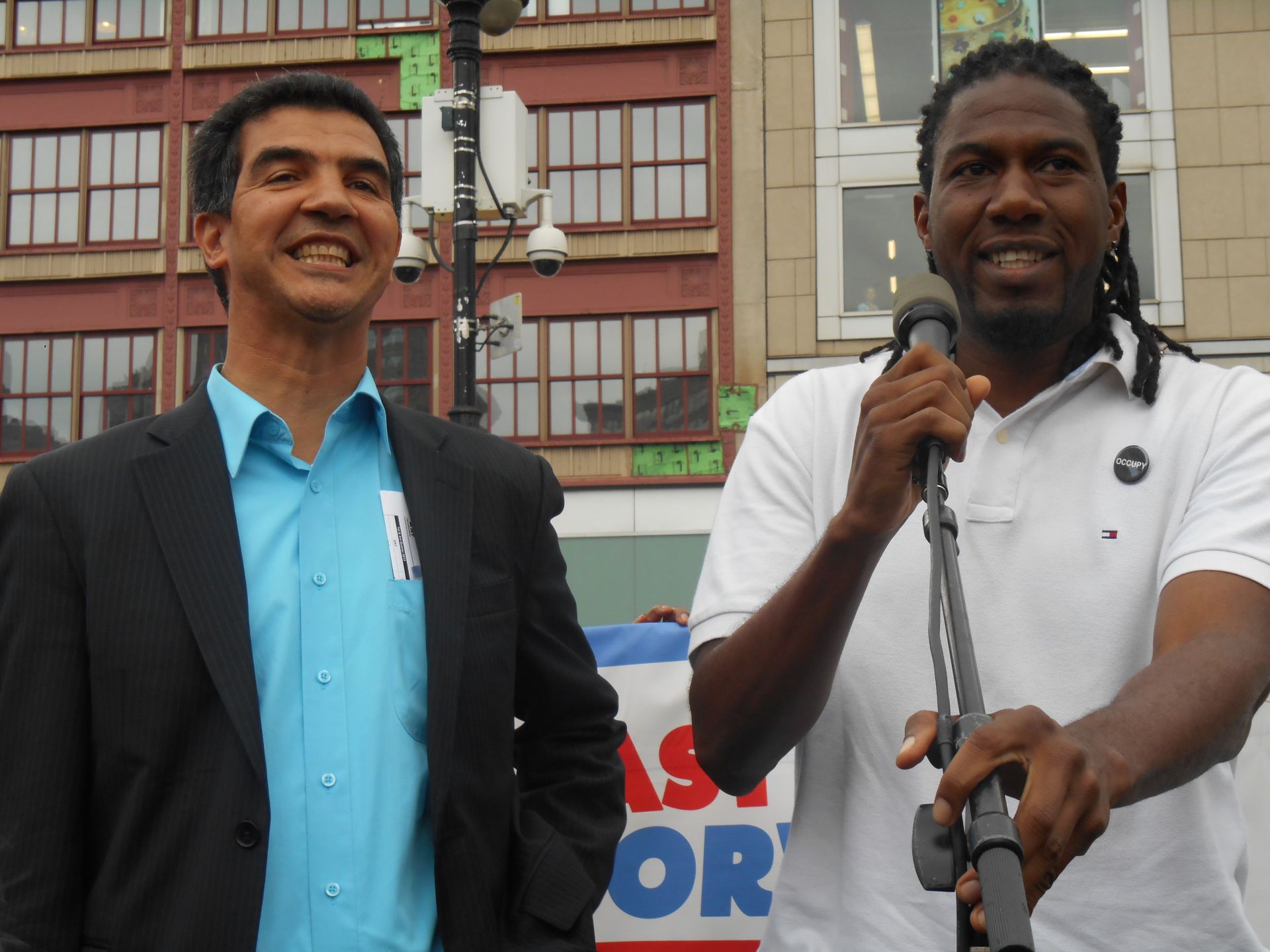 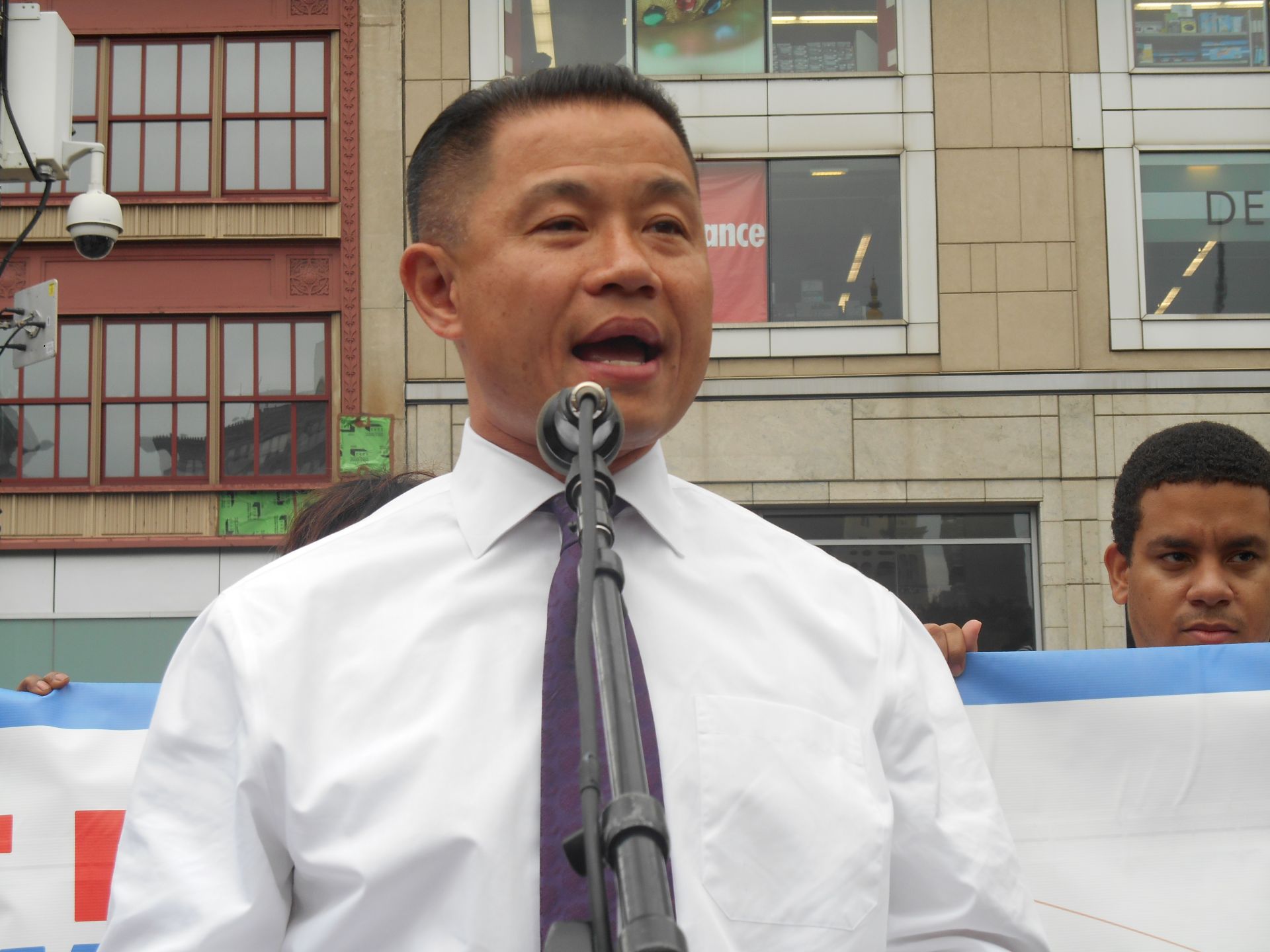 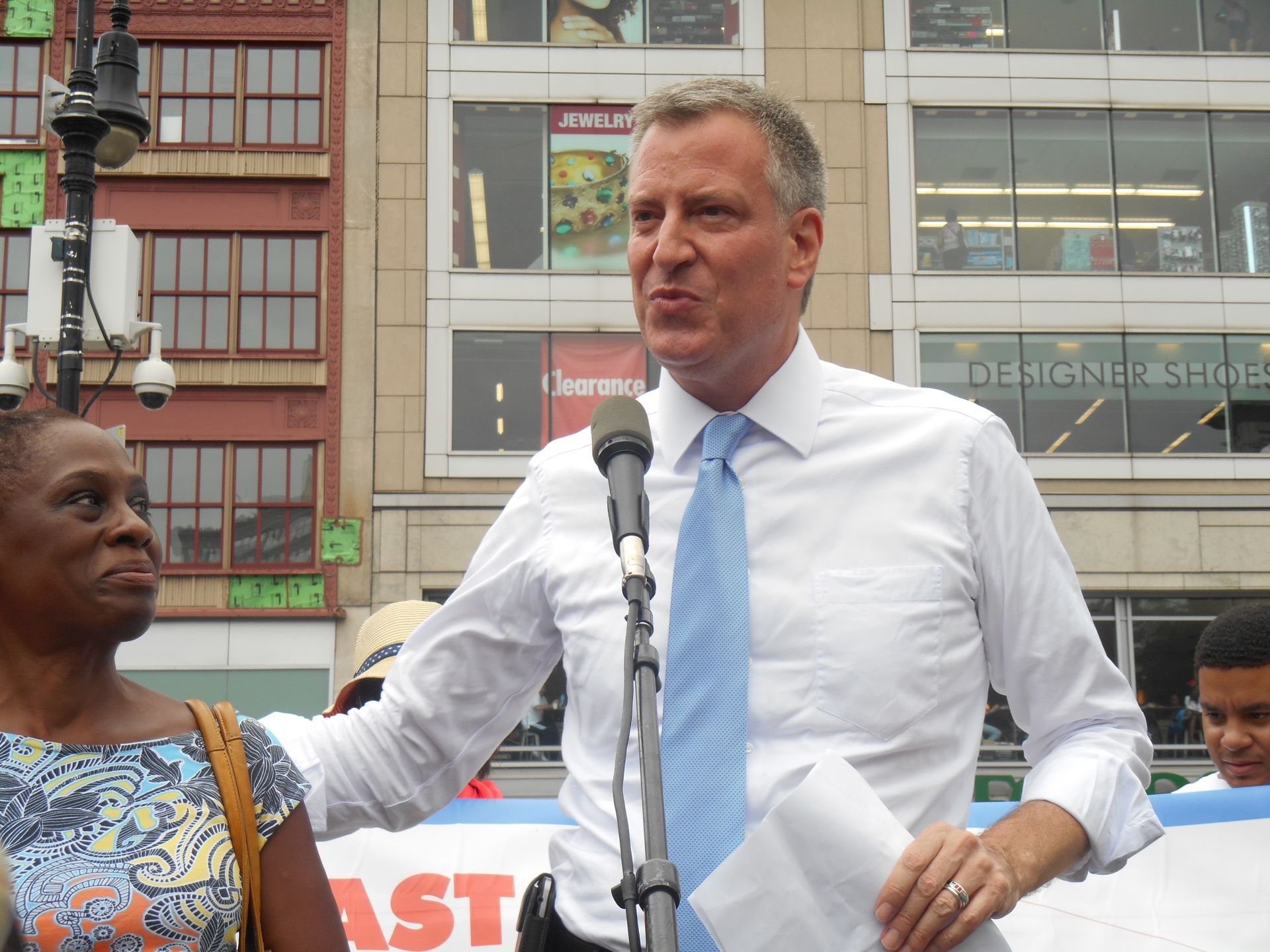 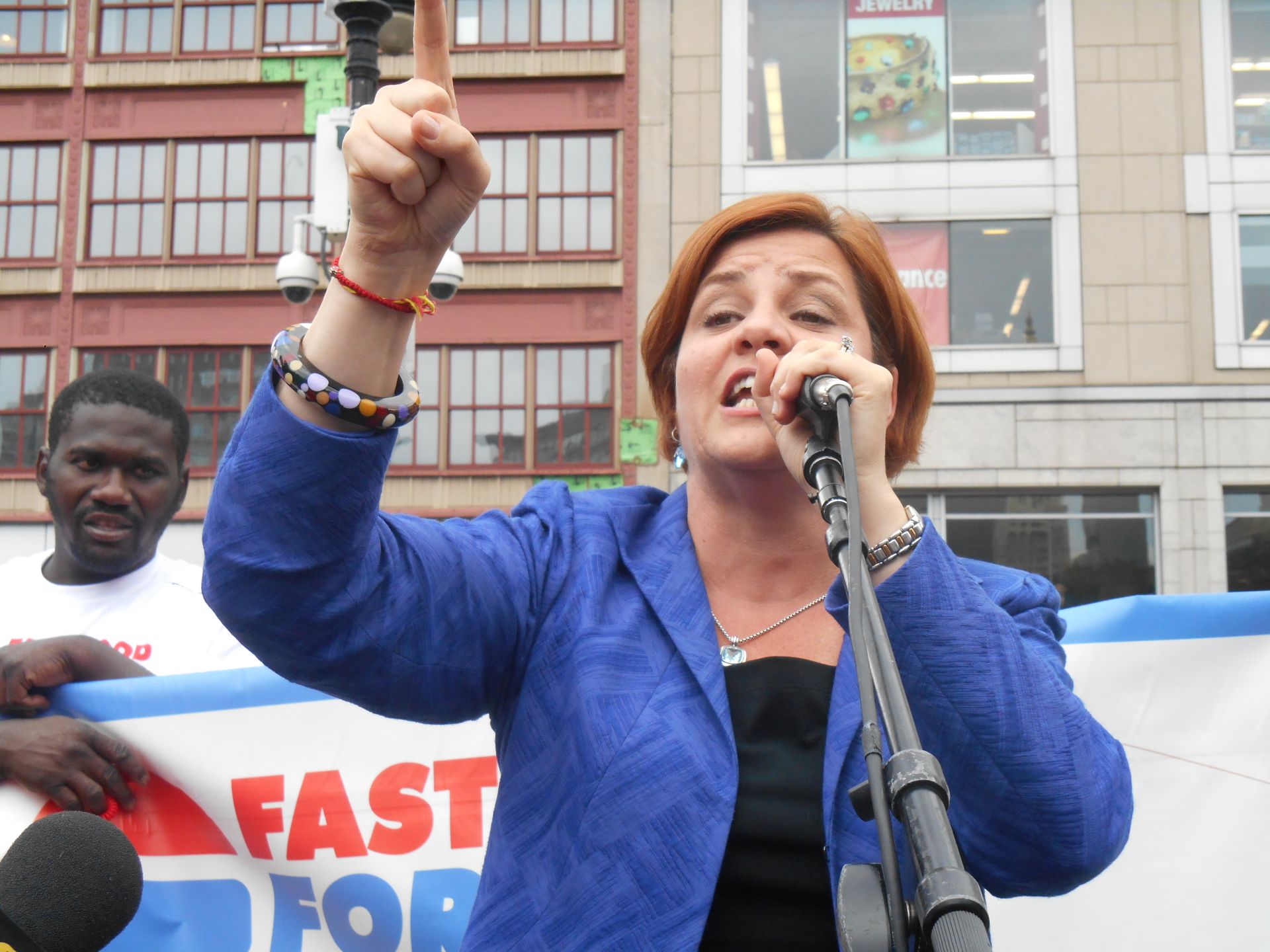 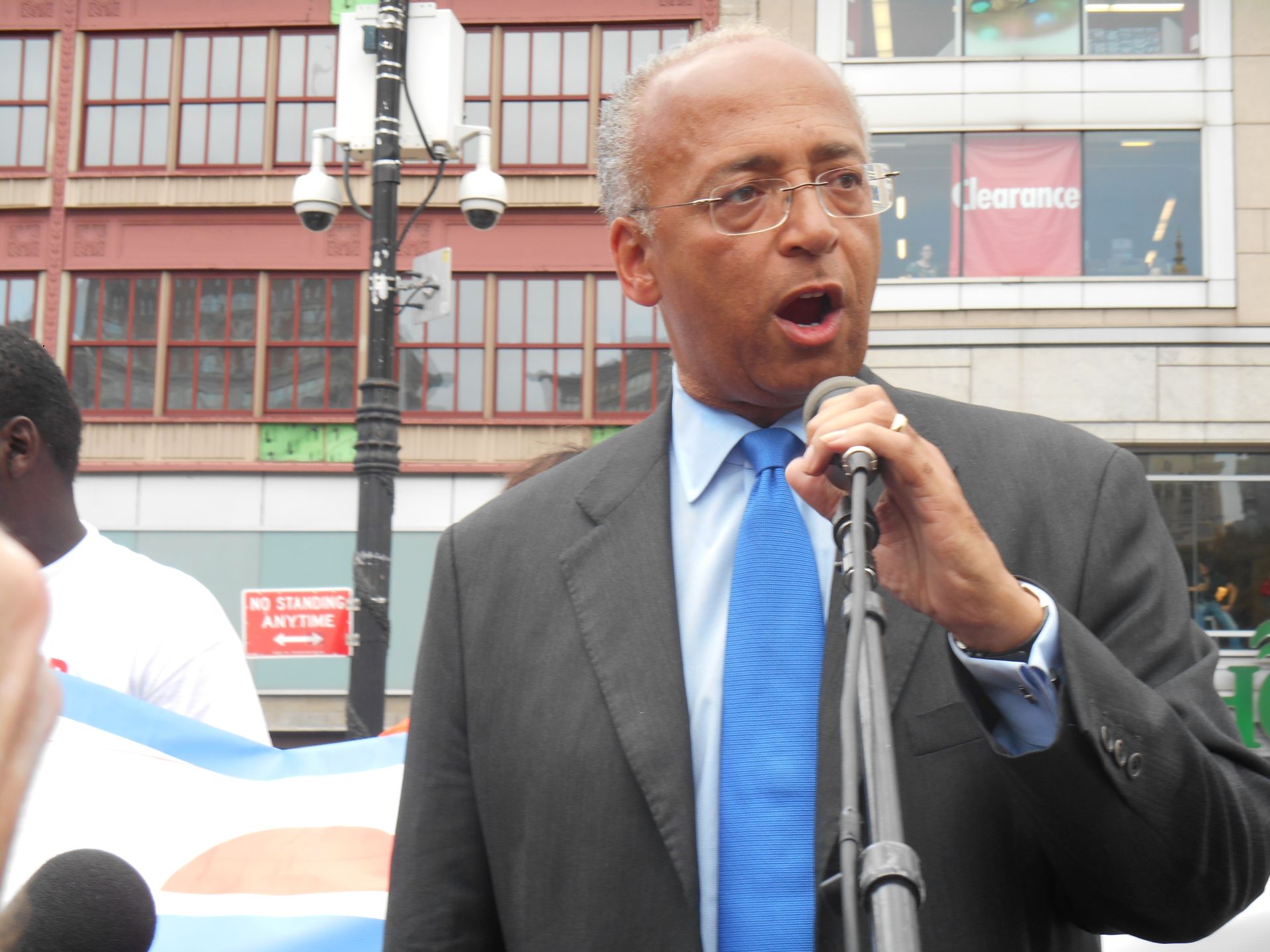 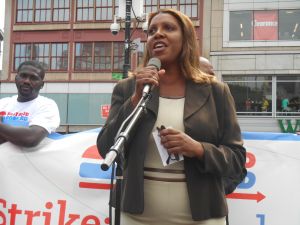 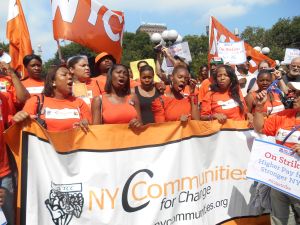 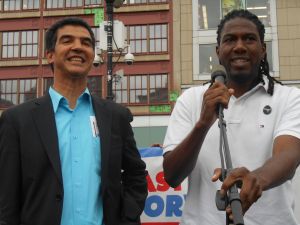 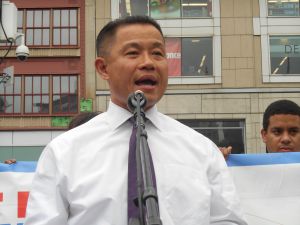 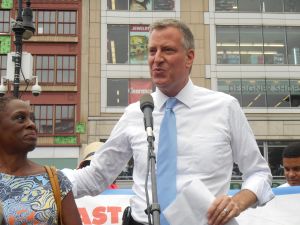 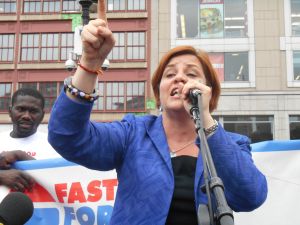 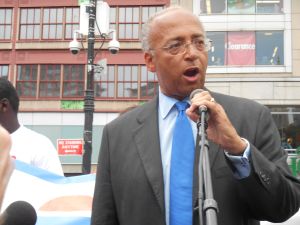 At least they weren’t throwing food.

City Council Speaker Christine Quinn and former Congressman Anthony Weiner received a round of boos this afternoon when they appeared at a fast food workers rally–one they were there to support–in Union Square.

Ms. Quinn and Mr. Weiner joined the three other leading Democratic mayoral candidates and a slew of other pols showed up en mass to declare their support for fast food workers participating in a nation-wide strike today. Hundreds of workers from chains including McDonald’s and Burger King were present to demand higher wages and union benefits–and listen to the candidates flex their progressive credentials less than two weeks before primary day. But not everyone was warmly welcomed.

“You know what, you can’t live on $7.25,” said Council Speaker Christine Quinn, who was booed by the crowd as she took the stage, despite having appeared at another rally for the workers at 6 a.m.

Still, she powered on. “We can’t have a city where hard-working men and women like you aren’t getting paid a decent wage when the companies you work for are making money hand over fist,” she said. “So I pledge you my support like I was there this morning with you at 6 a.m. We’re going to keep fighting until we get what? $15 and a union!”

Like Ms. Quinn, former Congressman Anthony Weiner, who is also seen by some as one of the more moderate candidates in the race, was jeered by some. Still, he tried to emphasize the importance of a single-payer healthcare system to help address inequities, pointing dramatically at nearby buildings to underscore his message.

The darling of the rally was the race’s new front-runner, Public Advocate Bill de Blasio, who has consistently sold himself as the most progressive candidate in the race. Appearing with his wife by his side, Mr. de Blasio strode on and off the stage with cheers of “Bill de bla-sio!” and “Our next mayor!” from members of New York Communities for Change, a de Blasio-supporting group which had packed into the crowd.

“You know, Chirlane and I, we’ve been known to go to a fast food restaurant from time to time. And when you go, wherever you go, you see they’re full, they’re thriving. But until today, I didn’t know this number, that chains like McDonald’s and Burger King are part of a $200 billion industry … known for trying to hold down its workers to minimum wage,” he said, declaring the reality  “unacceptable.”

Comptroller John Liu, who has repeatedly argued that he is the true progressive in the race, unlike Mr. de Blasio, tried to take things a step further, declaring fast food wages “too damn low” and attempting to take a swipe at his rivals.

“Everybody else that has stood up here so far supports a $9 minimum wage–” Mr. Liu began until an organizer quickly sidled up to whisper in his ear as several in the crowd shouted, “Hey, no politics!”

The comptroller, a tad surprised, recalibrate: “The minimum wage needs to be at least, at least $11.50, but perhaps it should be something like $15!”