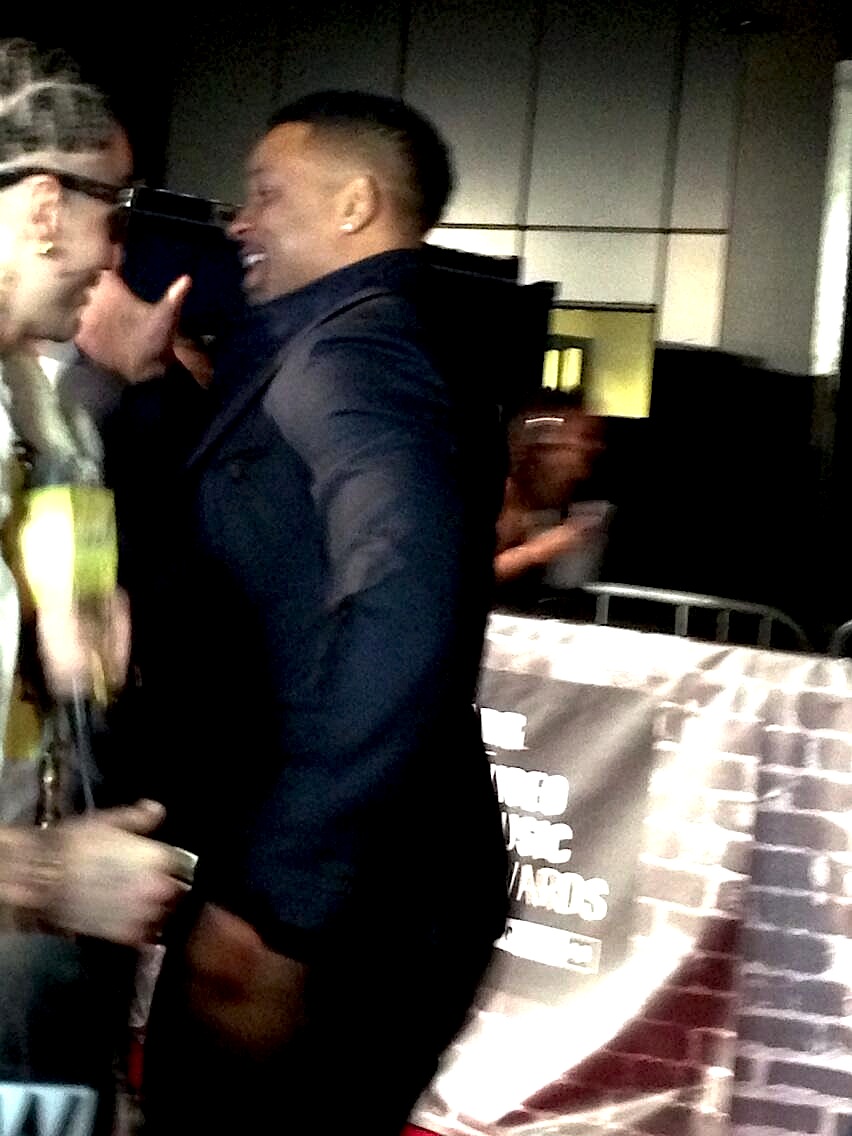 That was the closest you'd get to seeing an A) Celebrity B) Someone related to the music business. 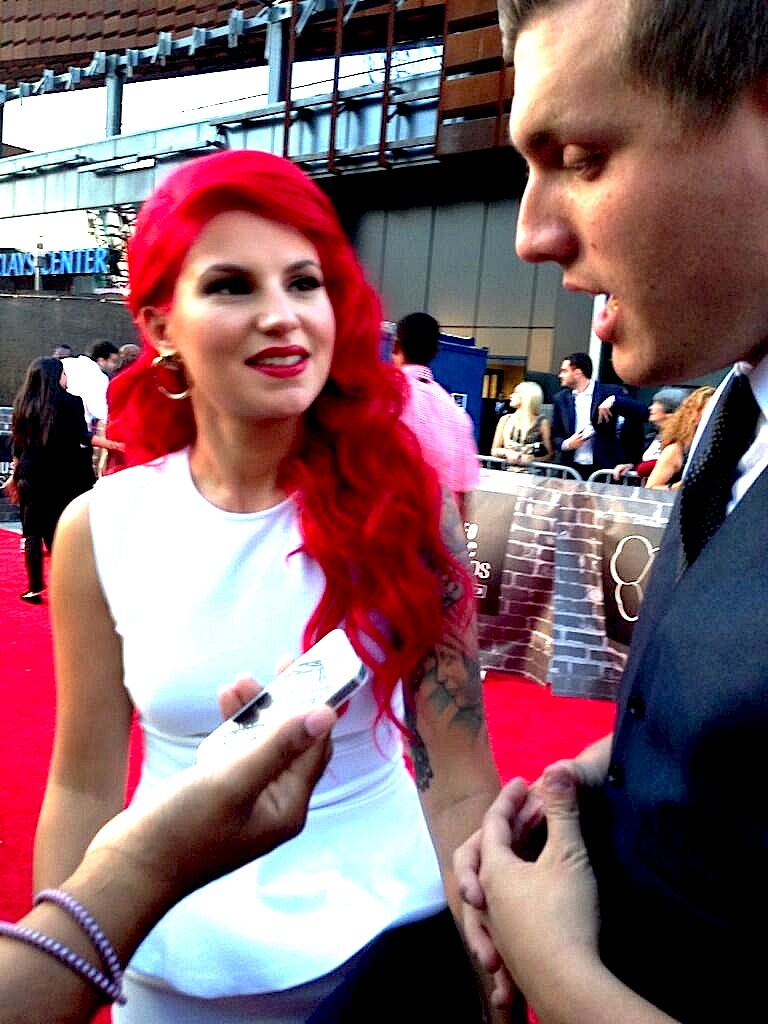 Did you know the show's getting a second season? 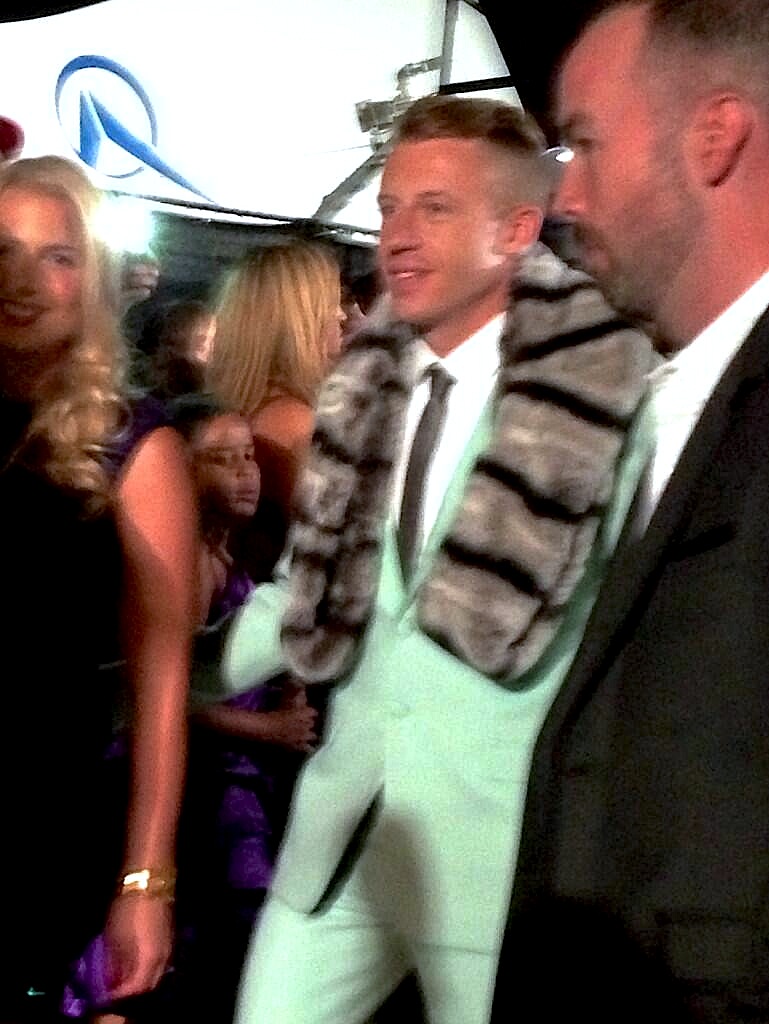 Macklemore!!
He told fans that his throw was made out of "Siberian...something." 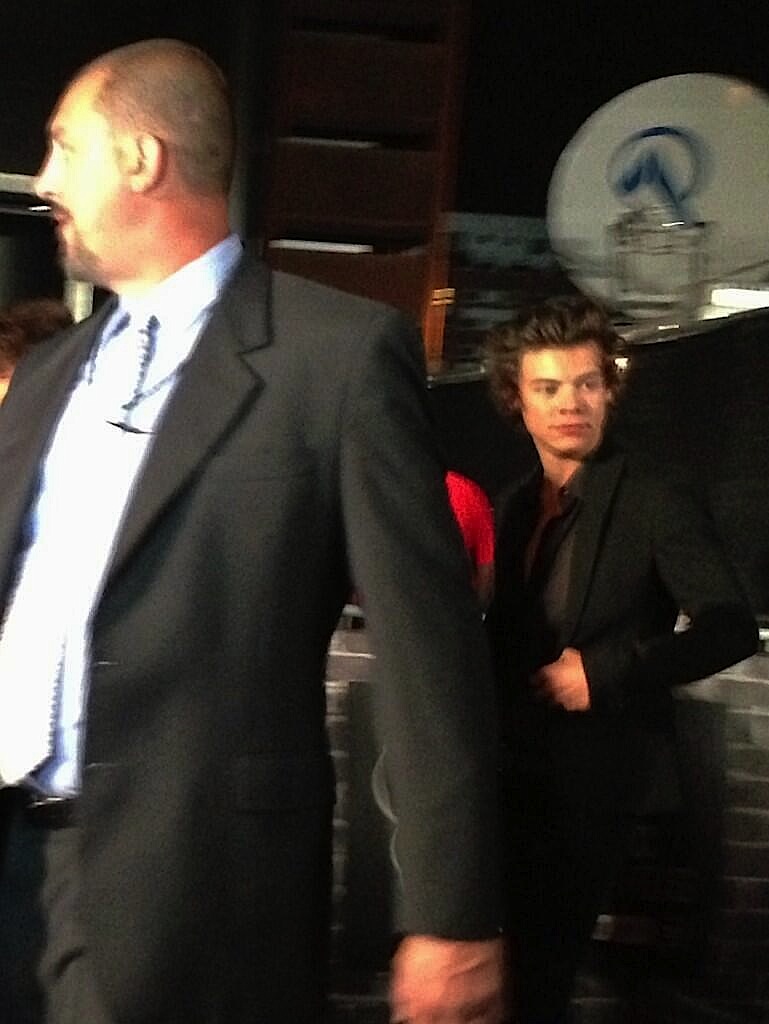 We hear they're coming out with a commercial soon.
Advertisement 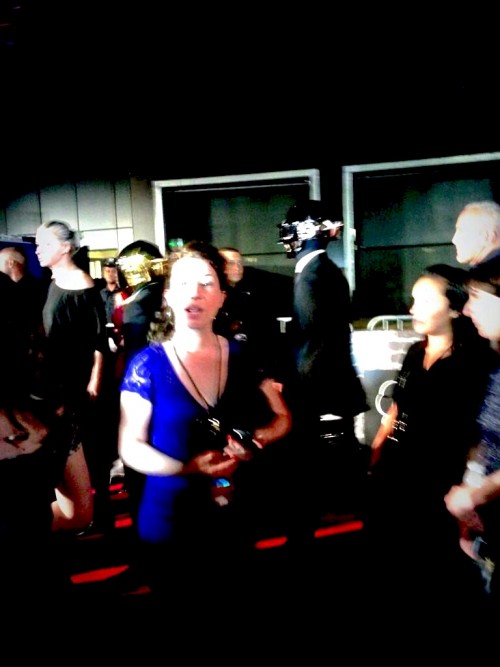 And it almost works, too. 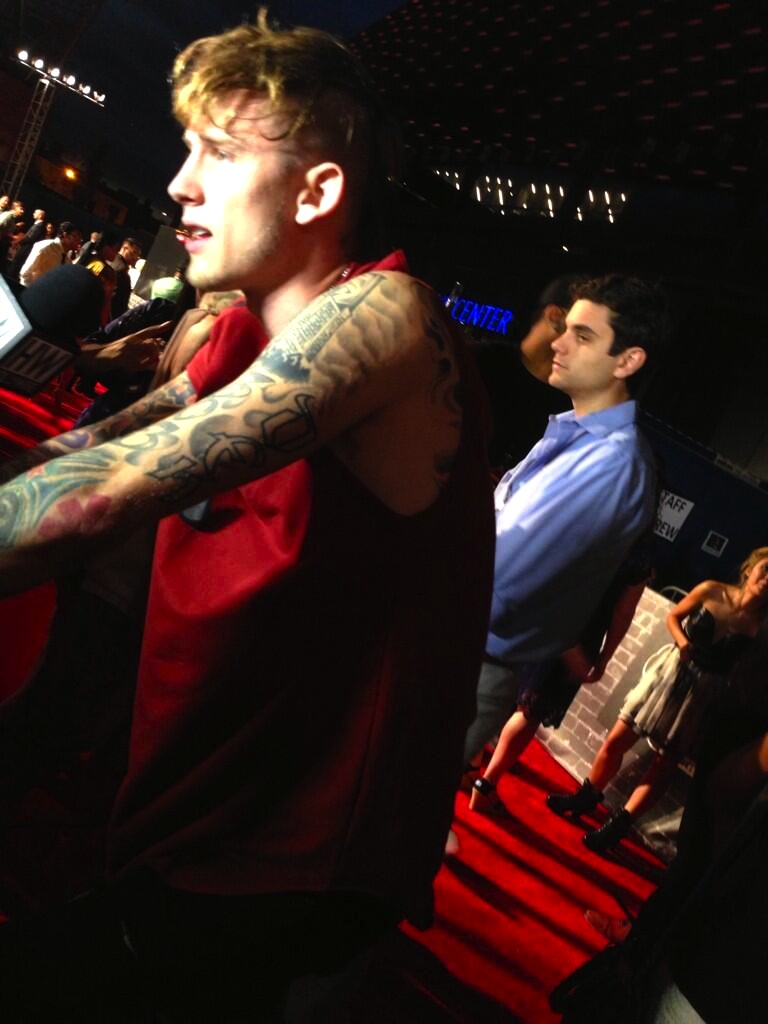 After some poor woman asked if he'd be performing tonight. How rude! Doesn't she know how little he matters? 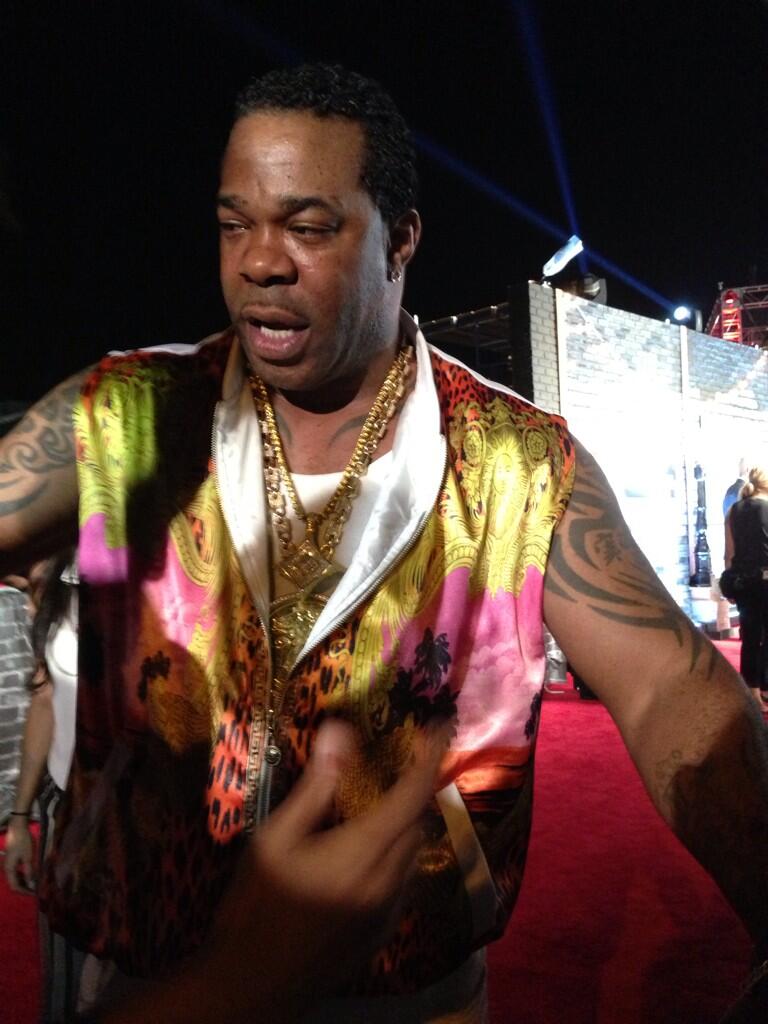 Had a vest made by Versace and shoes by Givenchy, which sounds like a Kanye lyric.
Advertisement 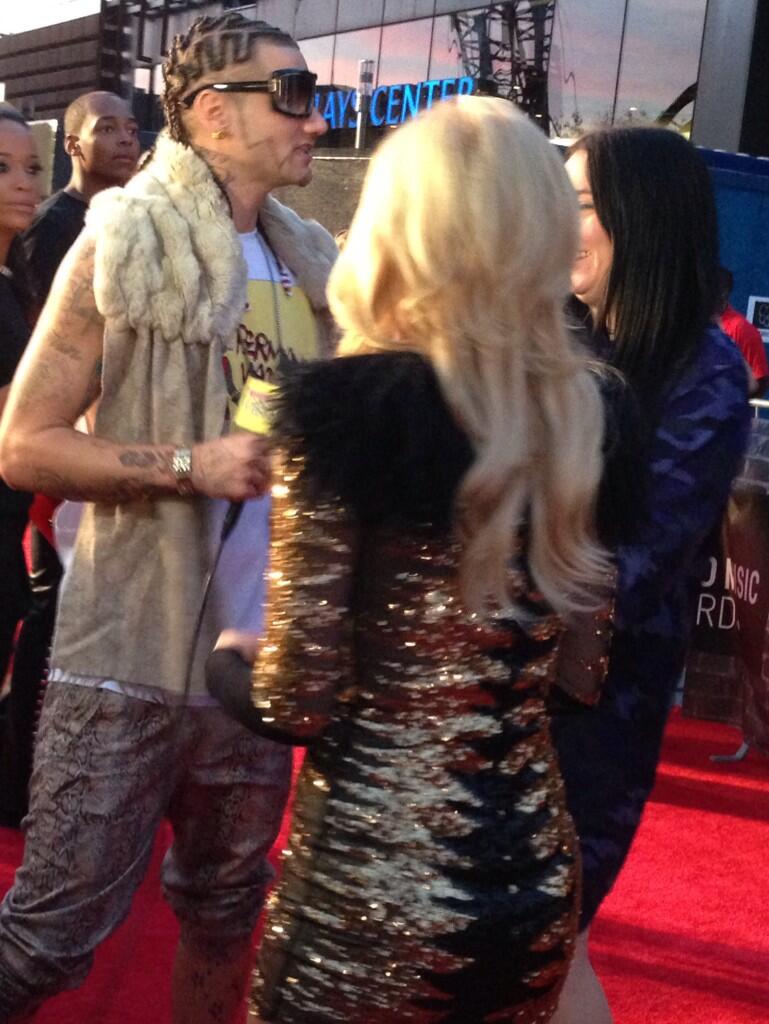 aka James Franco doing interviews on the red carpet last night. He didn't fare much better than we did. 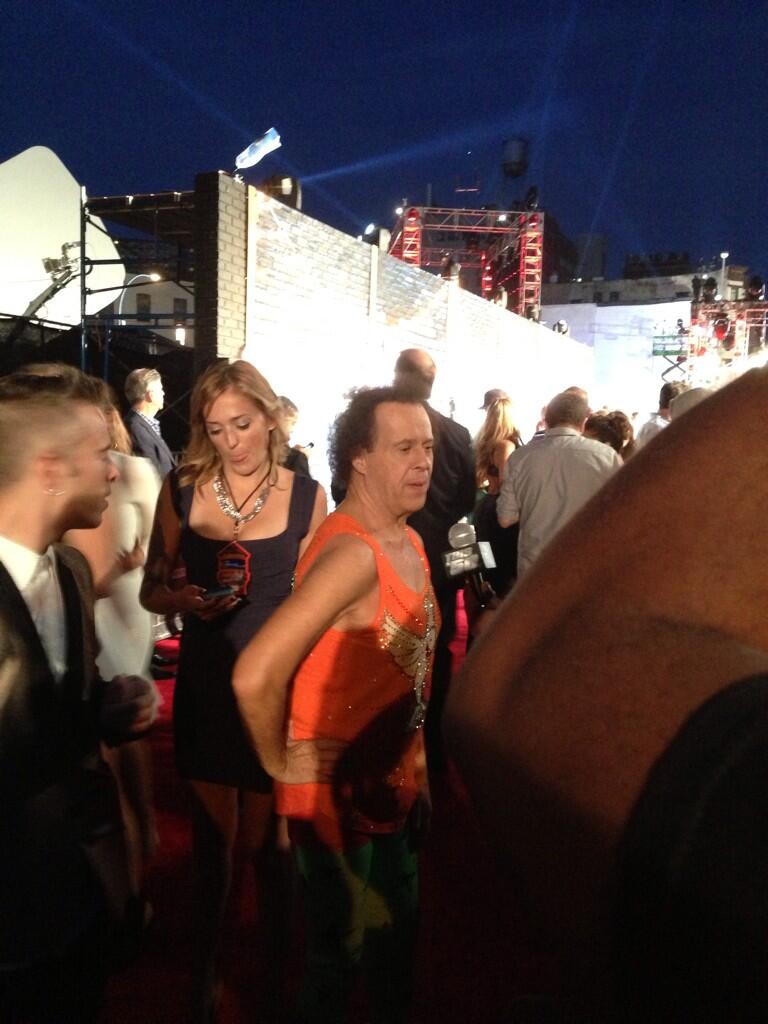 And he'd throw his hands in the air and be the pony. God bless Richard Simmons. 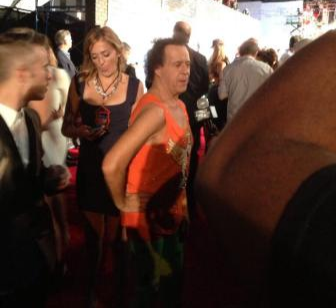 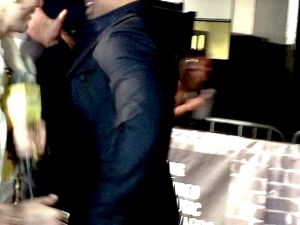 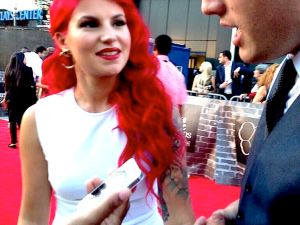 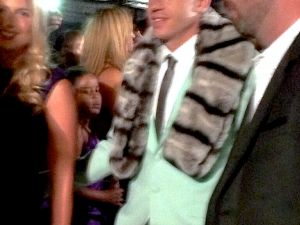 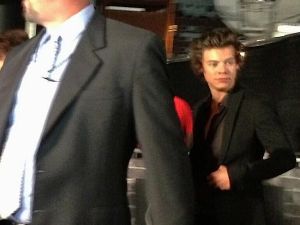 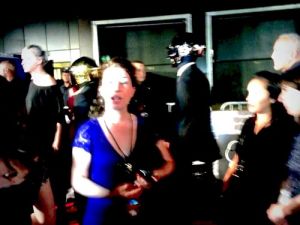 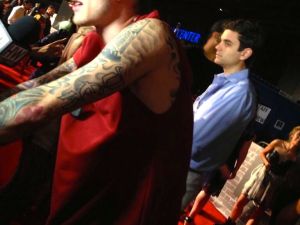 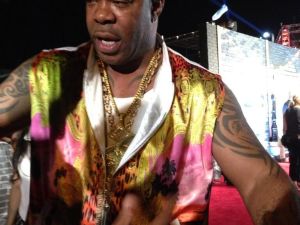 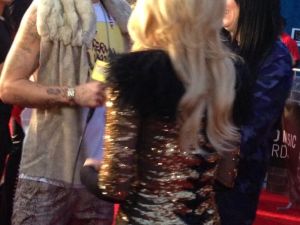 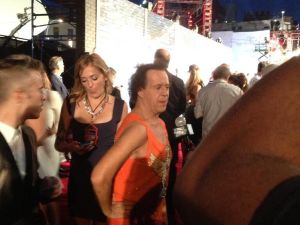 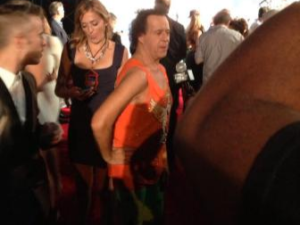 Here’s the thing that people don’t understand about red carpet events: They imagine this glamorous lifestyle where Will Smith or the members of N’Sync will come and chit-chat with you about what they’re wearing or how excited they are to be there, and you’ll all laugh like you’re old friends while someone films the entire thing. (So that is why you should get super dressed up, ladies!)

The reality, most of the time, is a lot more like manual labor camps. You and hundreds of other people are assigned a place based on numerical order and how important the staff deems you to be. For example, print media is just before online websites, but after the radio and everyone else. (Sorry, really disillusioned lady from Elle.com!) You are sent to mingle in a holding pen, crammed in with hundreds of other hungry, crazy-eyed journos and magazine freelancers, some of whom will take up inordinate amounts of space with their equipment and some of whom will be openly agitated and/or weeping. When someone sneezes inside these close quarters,  you think, this is how epidemics are started.”

You are not allowed to leave your little cattle pen, until someone with a clipboard and eight burly bodyguards starts barking out numbers, of which you are one, because that is all you are to them—a number. You scramble to get up and enter the arena, where you are escorted past the salivating fans straight out of The Hunger Games and marched all the way to some previously unknown area of the perimeter, right next to the dumpsters. There is a gate separating you from the red carpet. You cannot cross that gate; that is verboten. But if you’re lucky, like at last night’s MTV Video Music Awards (VMAs) there will be a little place card on the floor with your publication on it, making it harder for poachers to snatch your spot.

Then you wait for two hours while deafening screams reach your little annex in Siberia. What is going on? No one can say. The fans have a better view than you do.

If celebrities like Miley Cyrus, Rihanna or Drake have arrived, there is no way you can tell, because there is a giant satellite dish two feet away, and along with the hordes of people teaming in the street (who often just stroll through your pen area and try to find a place at the gate, making you realize you could have just shown up without a credential and had a better chance to talk to Macklemore,) makes cell service or Wi-Fi of any sort an impossibility. You tweet out into the void, but you can’t even load Google. You are, essentially, cut off from the rest of the world, especially the part of the world a block away, where the celebrities from the VMAs are apparently posing for pictures and gayly laughing.

Occasionally, a handler or PR person will take pity on the increasingly disgruntled journalists and promise exclusive interviews with the cast of Girl Code. In fact, you will see the entire cast of MTV shows like Girl Code, Guy Code, Teen Wolf and Awkward that evening, because they are forced to fulfill some contractual obligation to keep them talking to the press while Lady Gaga and Justin Timberlake literally run past the carpet as fast as they can, like it’s an obstacle course or a sprint marathon. You will see lesser artists like Ariana Grande do this as well, early in the evening, and you think, that’s not a great sign. Who is Austin Mahone? Someone more important than you, that’s who.

However, as the night goes on, celebrities begin to appear—and perhaps cautiously linger. Snooki first, then Grimes, 2 Chainz, Ashanti, Shaun White, even Foxy Brown. Others will dash by in a flash too fast for even an iPhone shutter: Joseph Gordon-Levitt, Ciara, Katy Perry. You get this much time to talk to them:

You have to make do with what small amount of human contact you get at the VMAs, which—we don’t know how they did it—turned out to be even more hellish than the Met Costume Gala. At least Macklemore was nice. See which stars we were able to catch, however briefly, by clicking through the slide show.