Researchers have just proven that not only is Mean Girls the greatest movie of all time, but it’s also scientifically accurate.

As reported on Motherboard, a recent study called “Do Girls Really Experience More Anxiety in Mathematics?” proves that—contrary to disturbingly popular belief—girls aren’t actually intimidated by math; they just think they should be. Thanks, society.

To complete the study, researchers from German and Swiss universities polled 700 students in grades five through eleven. First, the students had to fill out a questionnaire about their feelings towards math in general, and then report their anxiety levels before and during a math test.

The results are unsettling: though girls reported, in the first test, that they felt anxious about math, they didn’t actually report those same levels of anxiety before and during the math test—and they performed just as well on the exam as the boys.

“The team of education researchers from the University of Konstanz and the Thurgau University of Teacher Education go as far as to suggest these stereotype-fueled reports of anxiety—not actual ability or even actual anxiety—could account for the shortage of women in mathematical fields,” Motherboard’s Meghan Neal writes.

It’s kind of like in Mean Girls, when Lindsay pretends to suck at algebra so she can win Aaron Samuels’s heart (see below). She’s not actually bad at math (just ask Ms. Norbury), but she thinks that feigning math anxiety will help her conform to society’s standards of attractive femininity. Thus, Mean Girls is a very educational movie and we should actually watch it all the time, always. 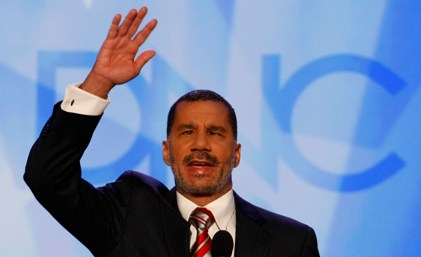