PERTH AMBOY – They had her in West New York on Thursday night, and this afternoon, the Buono Campaign put Milly Silva’s boots on the wharfs of this heavily Latino Middlesex County town.

“The governor has to reconsider the company he keeps,” said Silva, referring to Gov. Chris Christie’s refusal to rule out campaigning with U.S. Rep. Steve King.

An Iowa Republican, King made racist remarks about Latino immigrants who cross the border to come to North America.

Christie mowed down King in remarks earlier this week but stopped short of committing to never again campaigning for King.

Hudson County Republican Chairman Jose Arango said it was as though Democratic gubernatorial candidate Barbara Buono had picked his secretary.

Just elected to her second term as mayor of this Hispanic stronghold with the highest proportional Democratic Party representation in the county – Perth Amboy’s first female chief executive said they tried to dismiss her too. “They did the same thing to me,” said the mayor, “And look at the success we’ve had.” 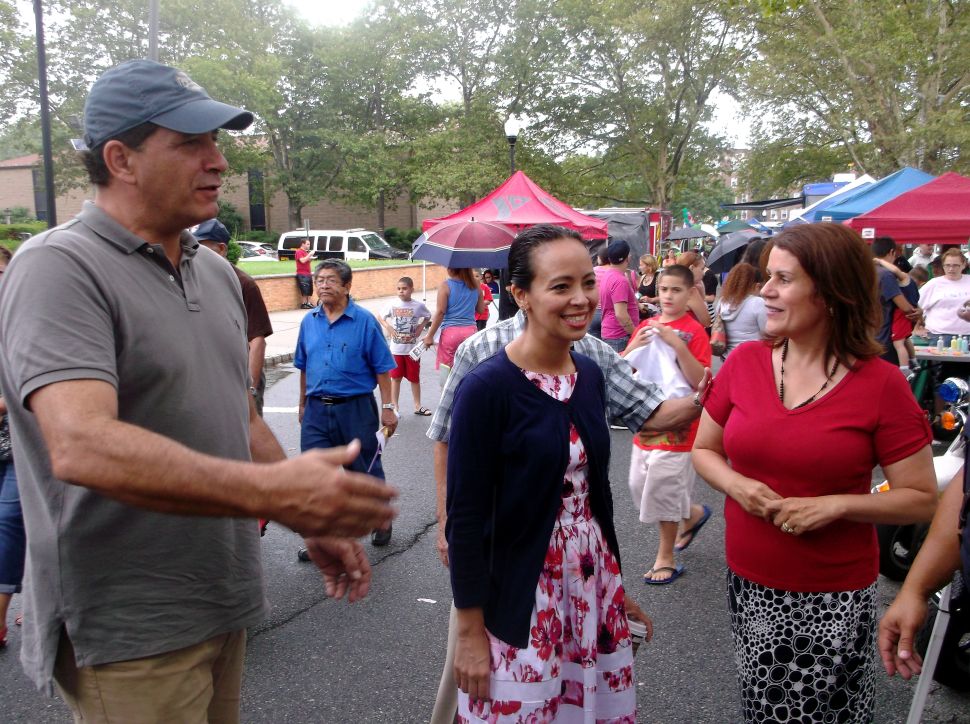