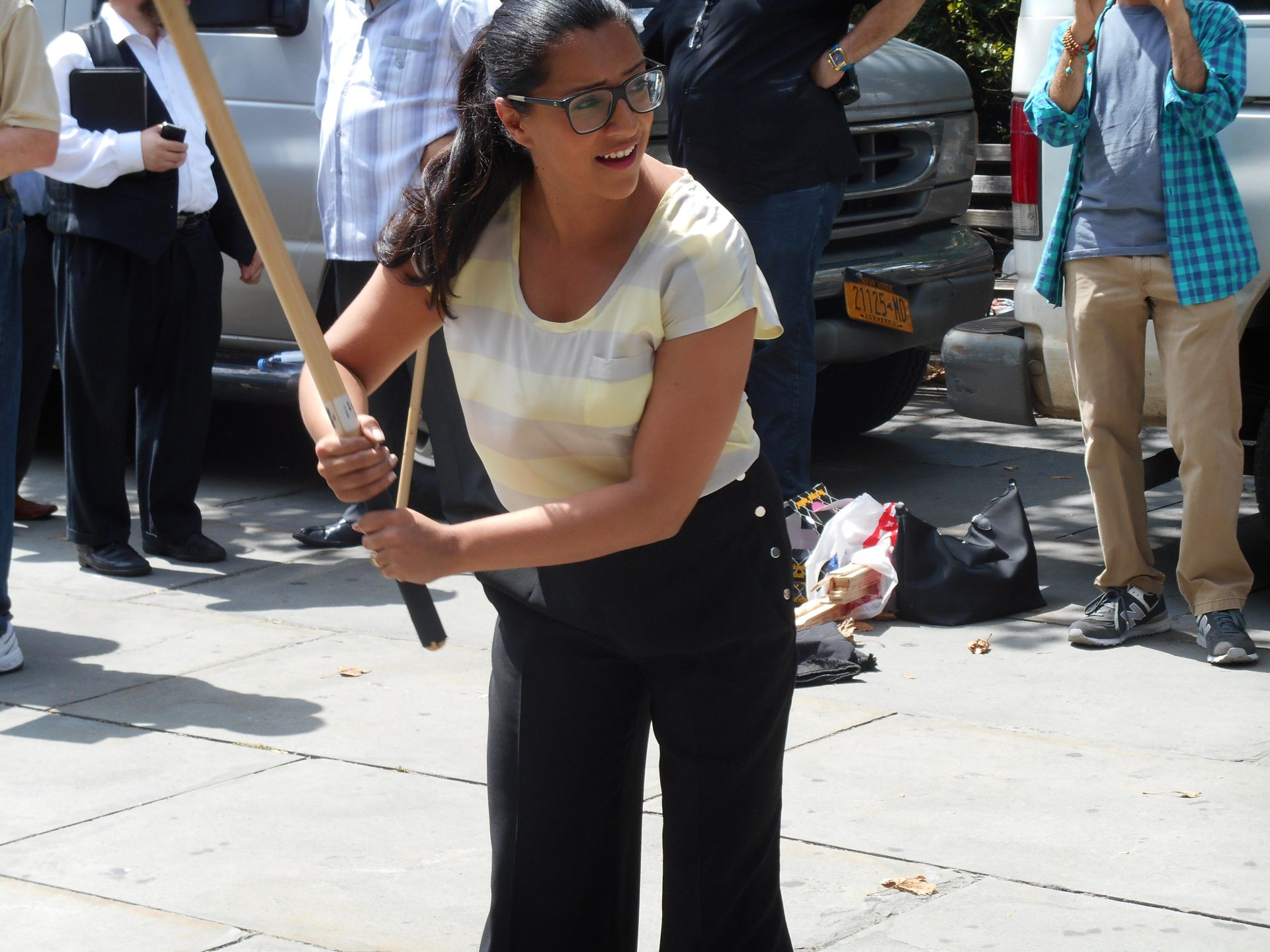 Public Advocate candidate Reshma Saujani was the only woman to show up to the event. 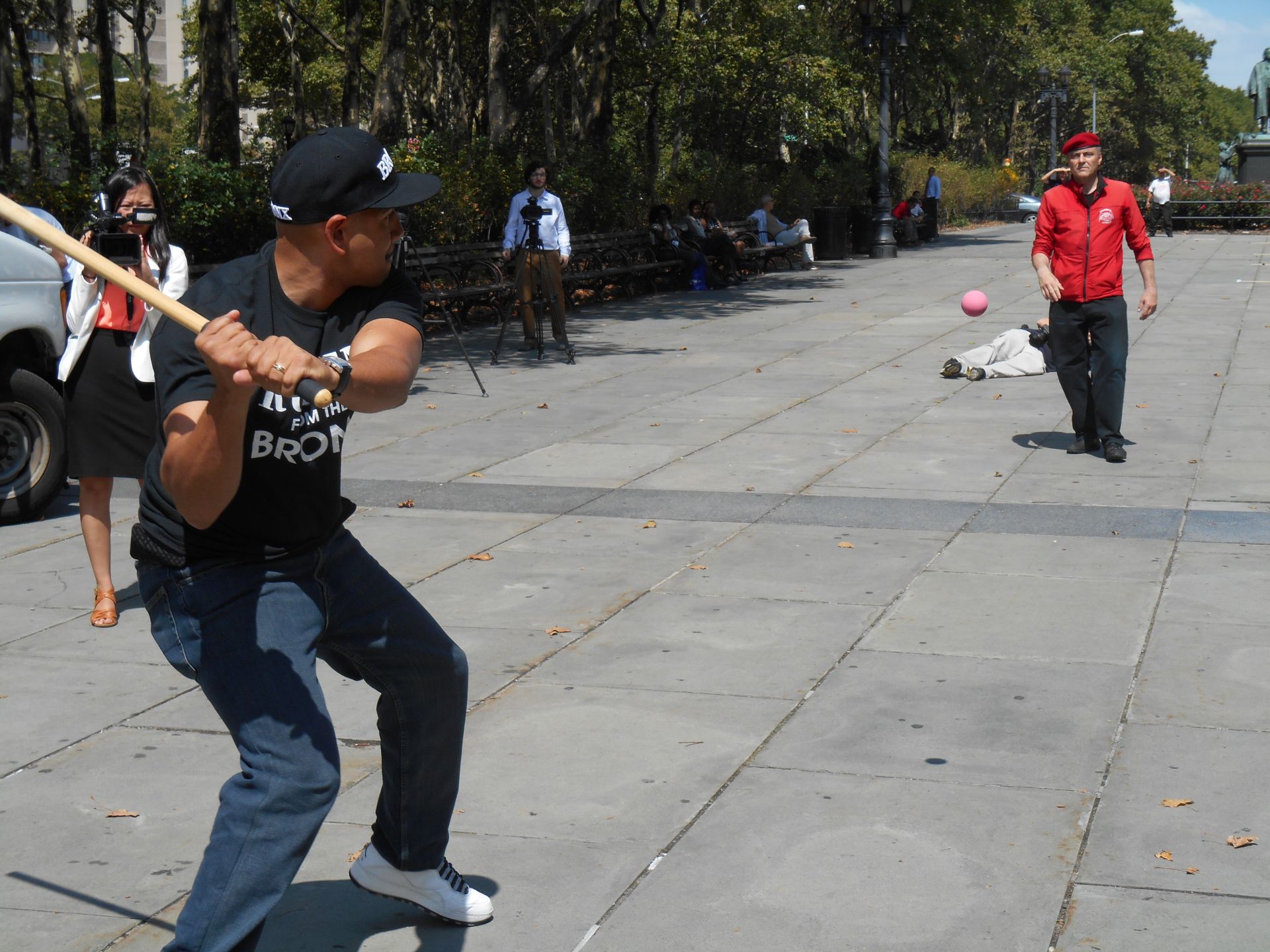 Bronx Borough President Rubén Díaz Jr. whiffed on quite a few pitches, but redeemed himself by launching a 200 foot shot over a statue. 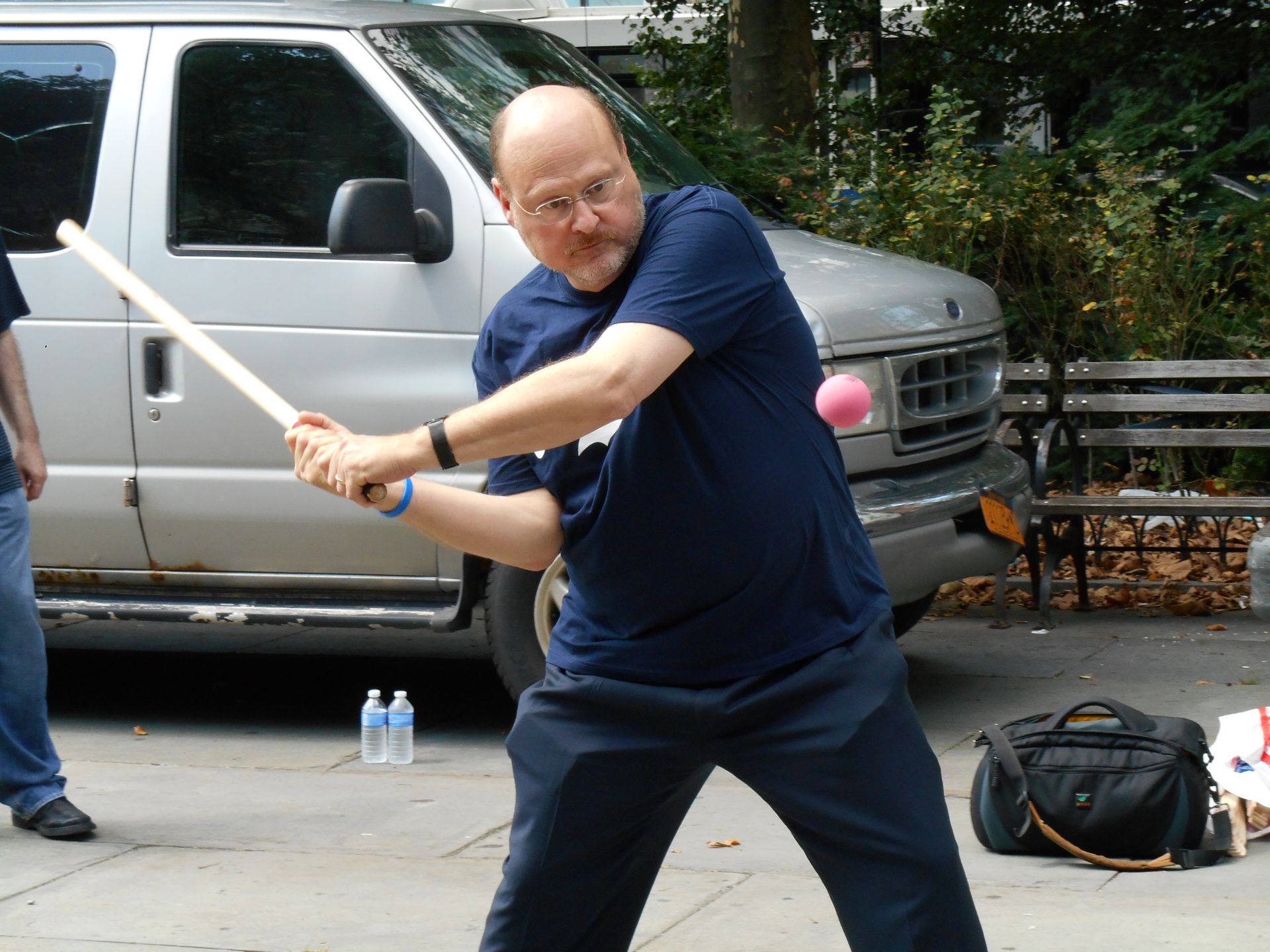 Republican Joe Lhota, sporting a "Brooklyn" t-shirt, had a few hitches in his swing. 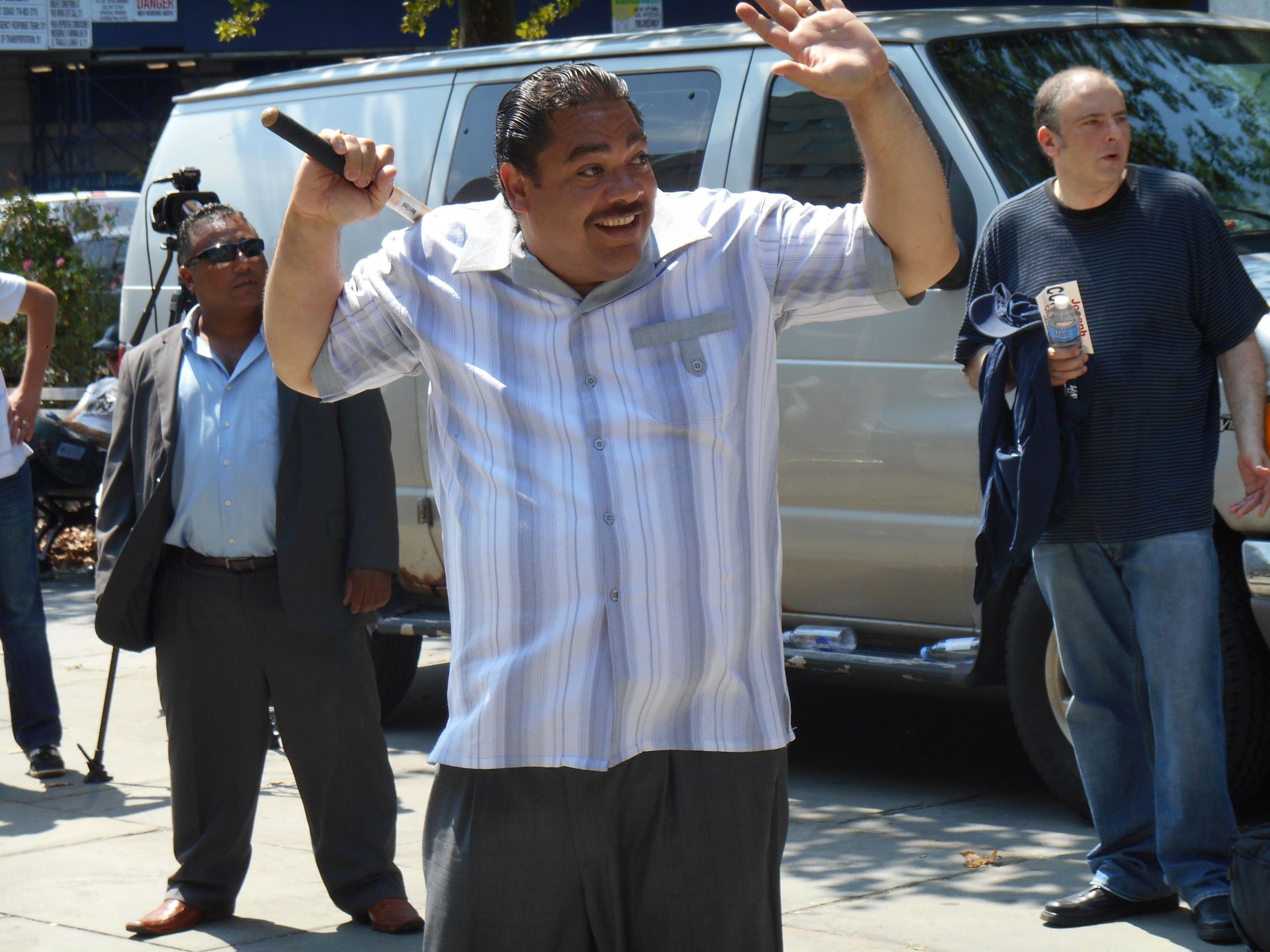 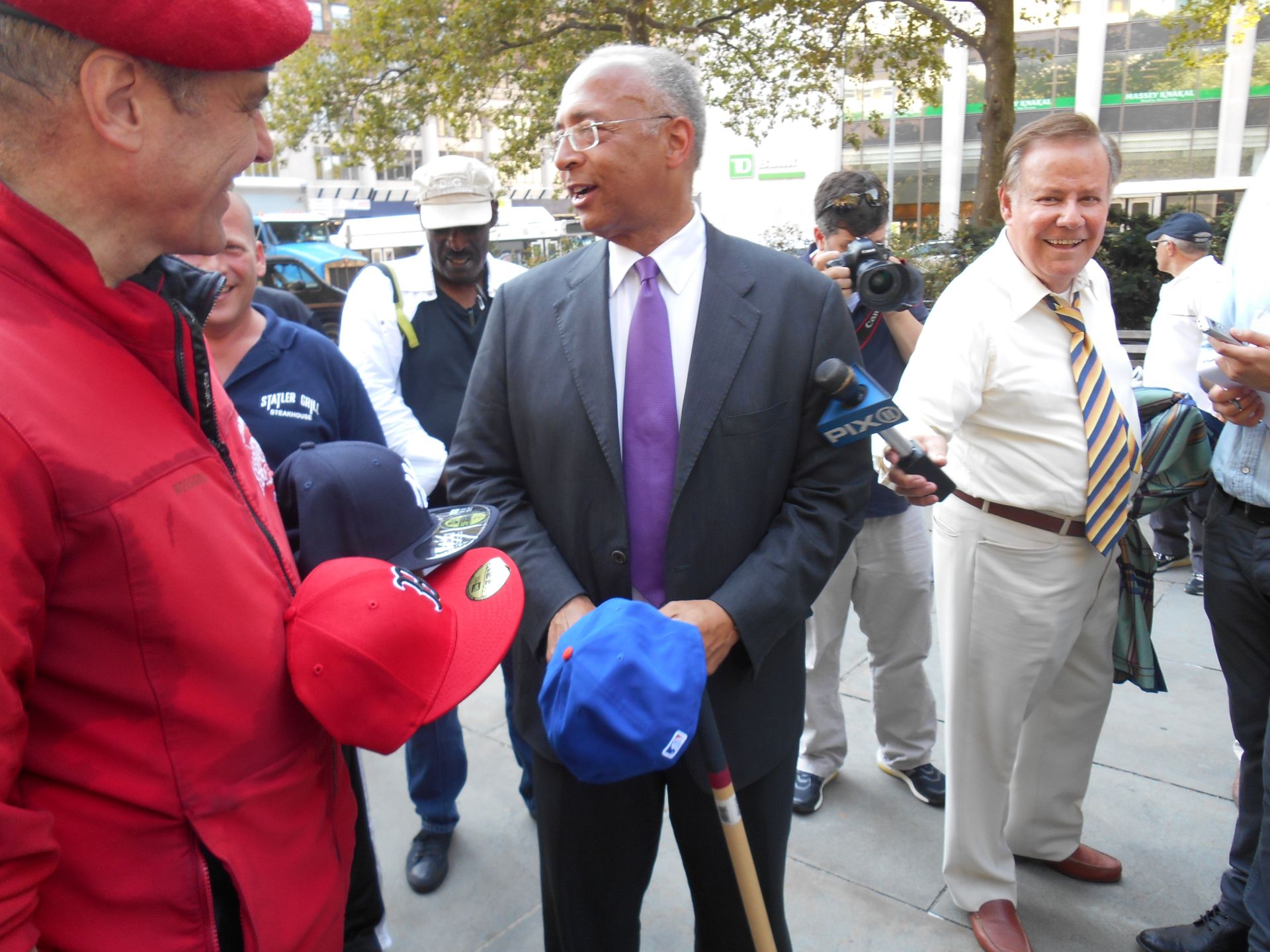 Bill Thompson before his lackluster showing. 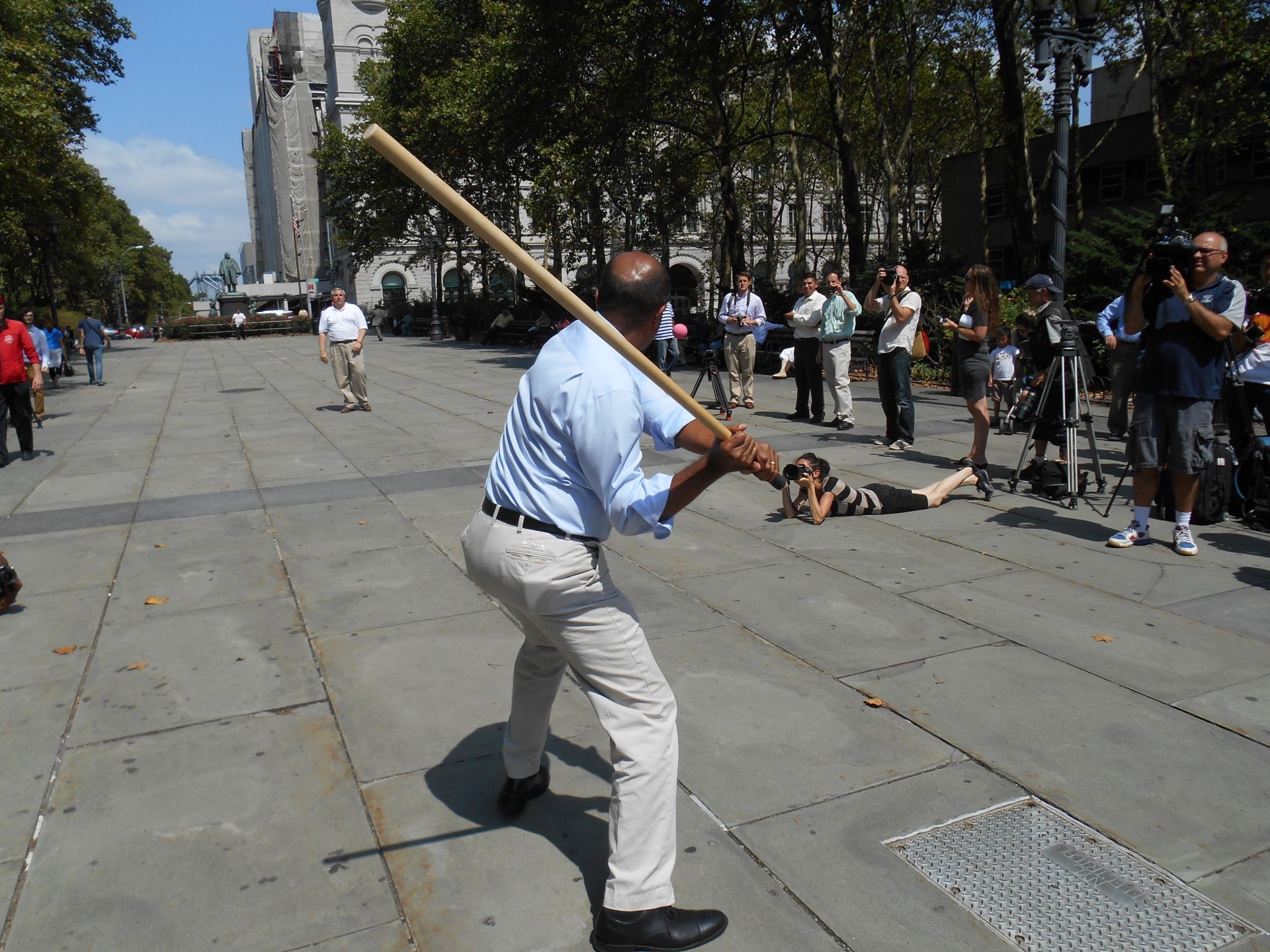 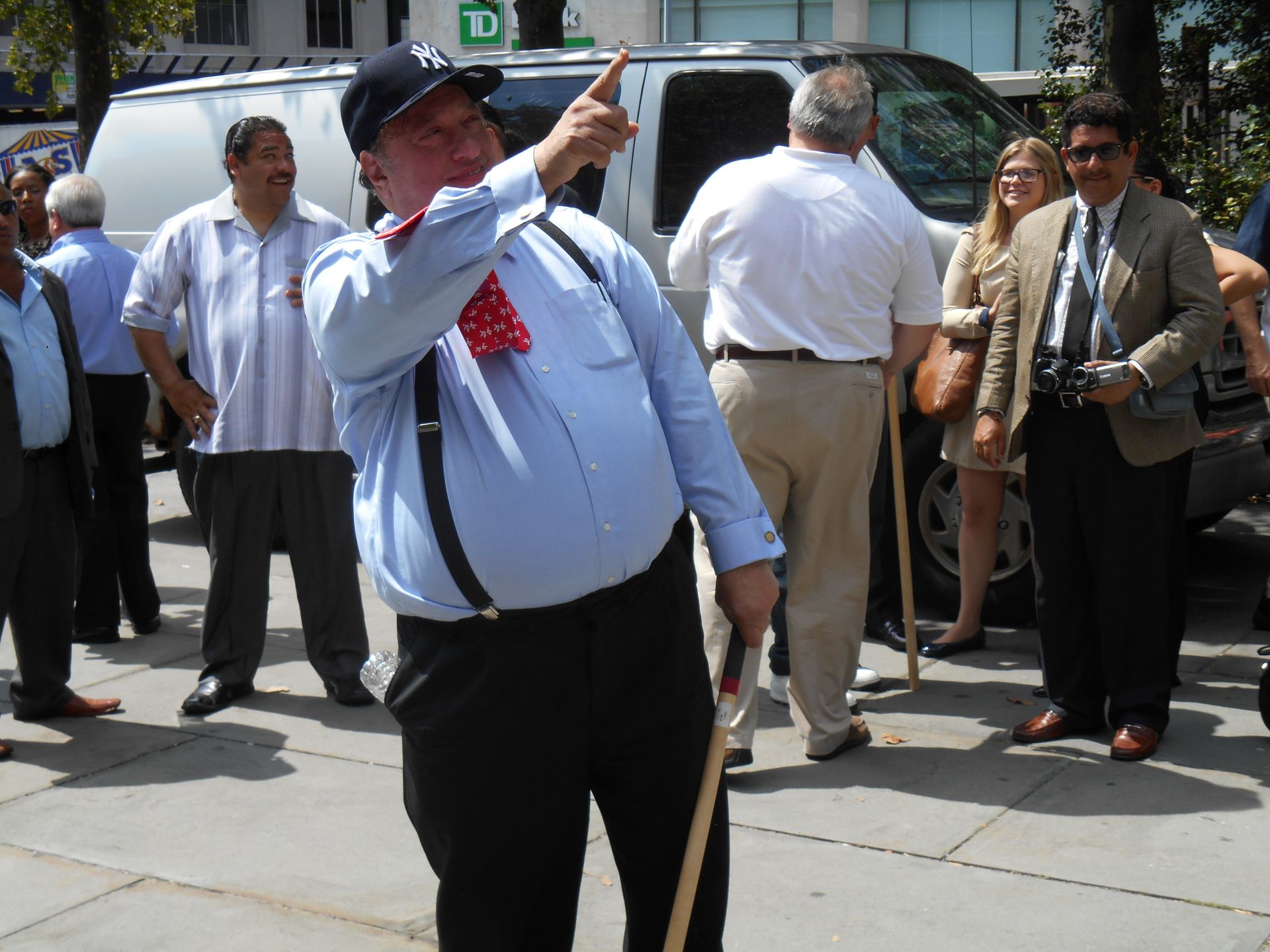 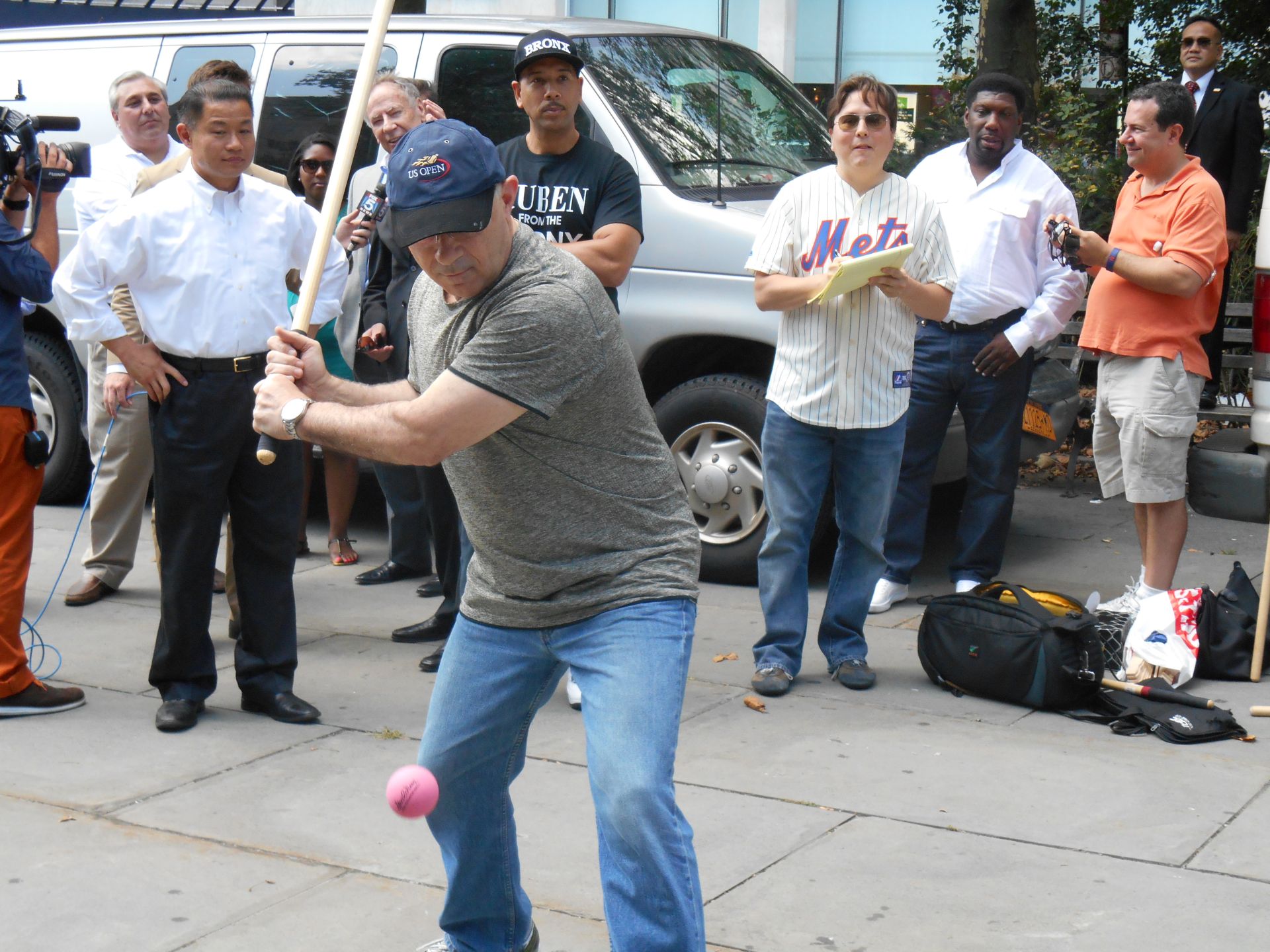 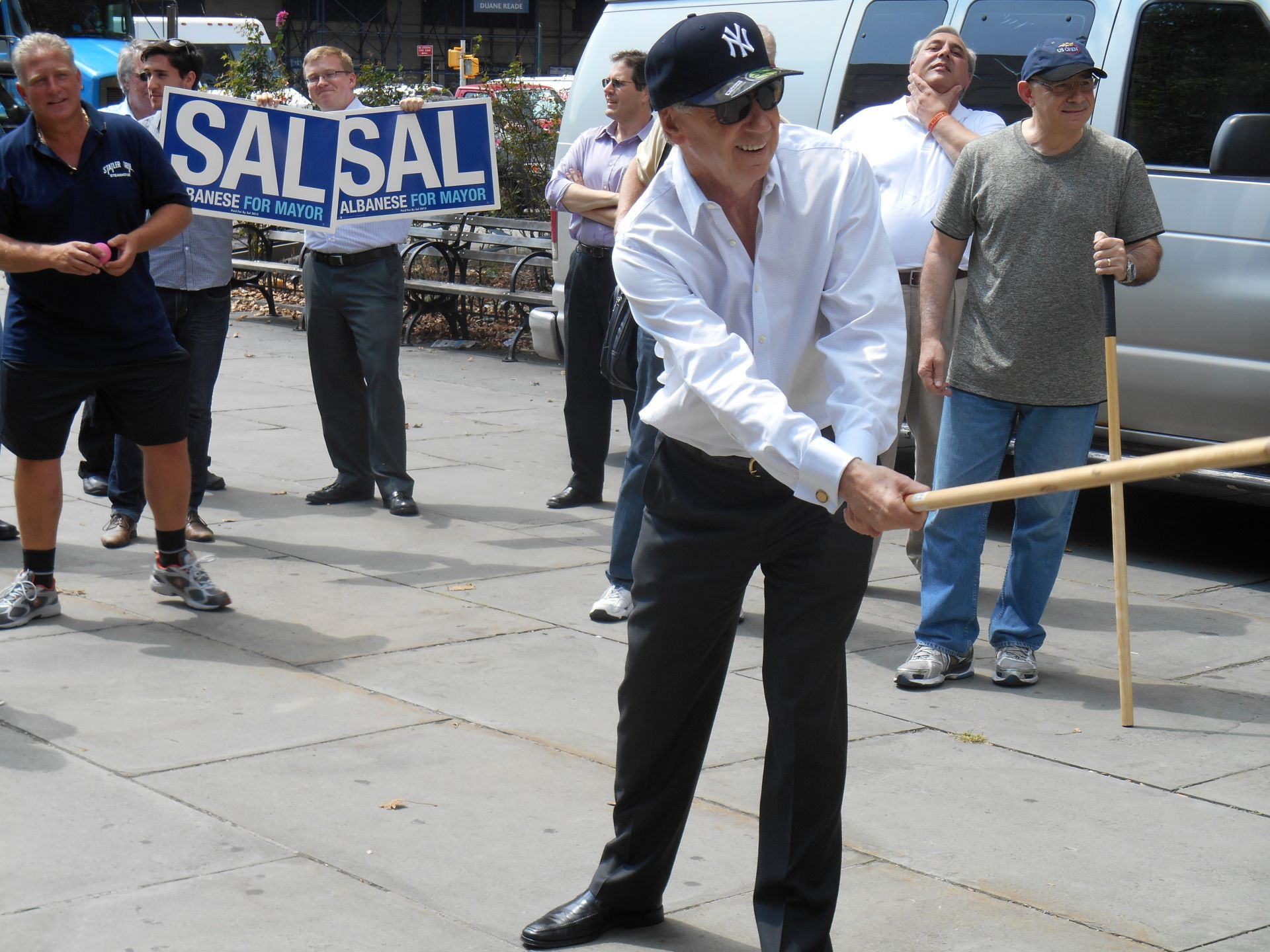 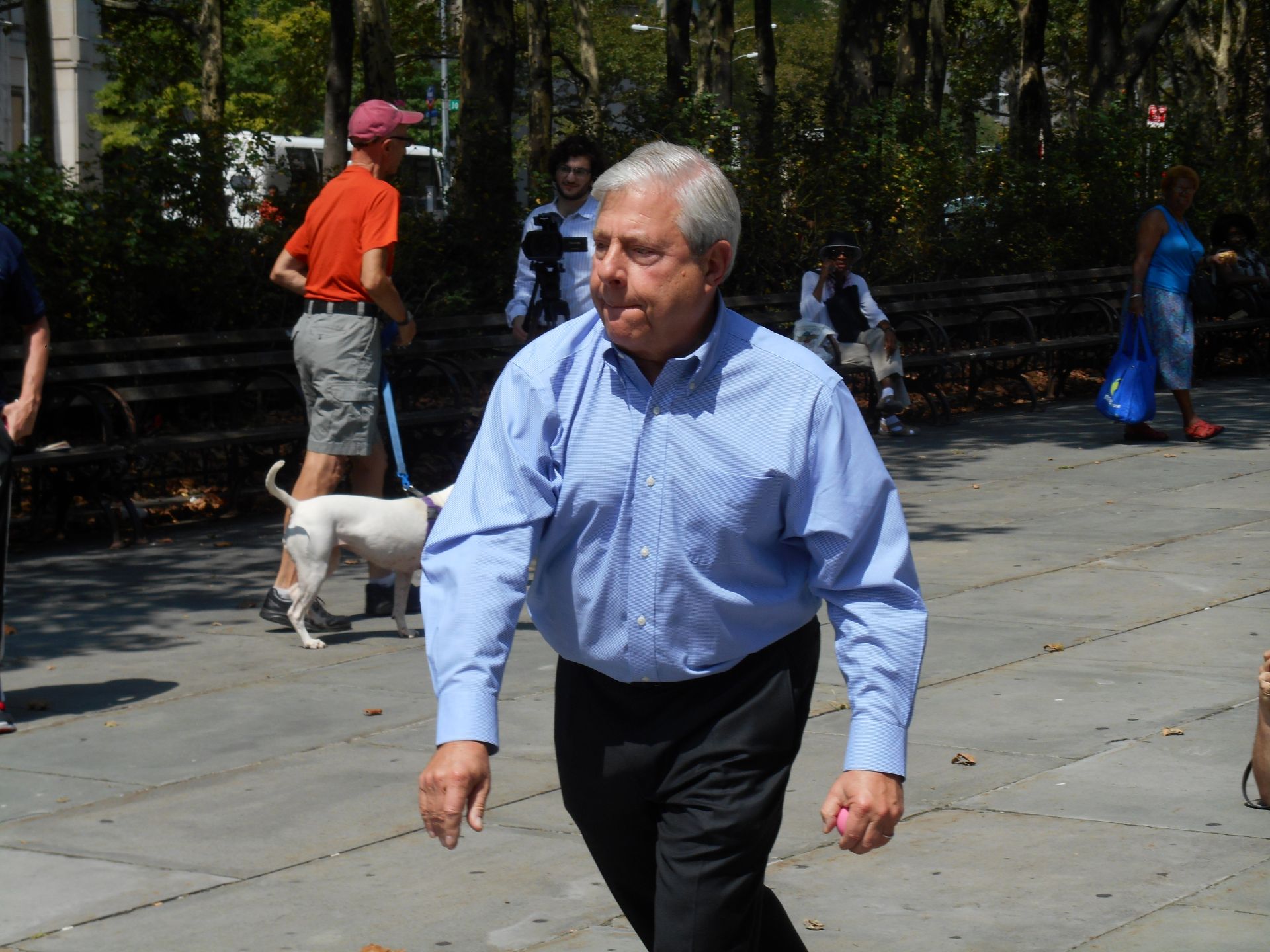 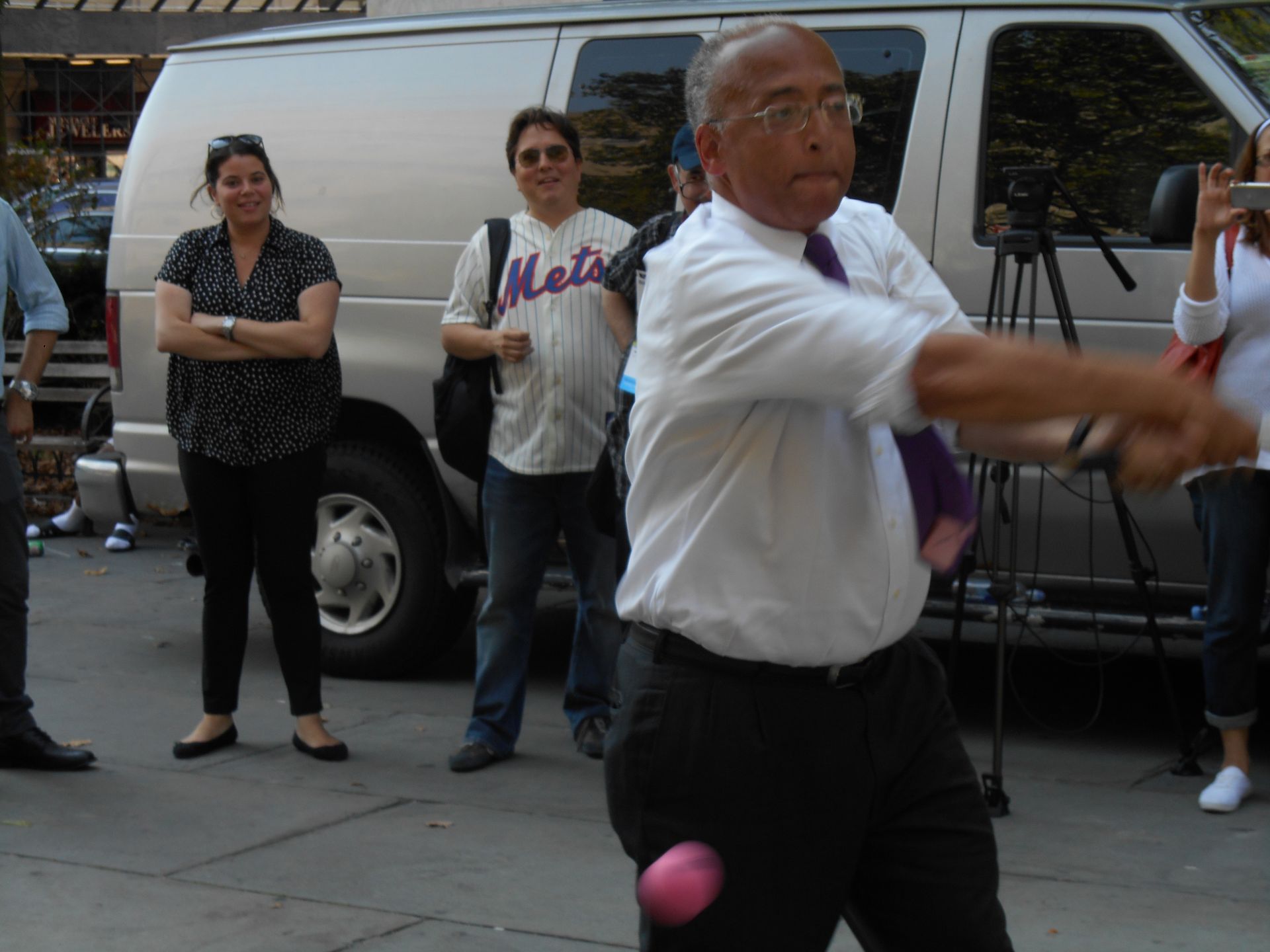 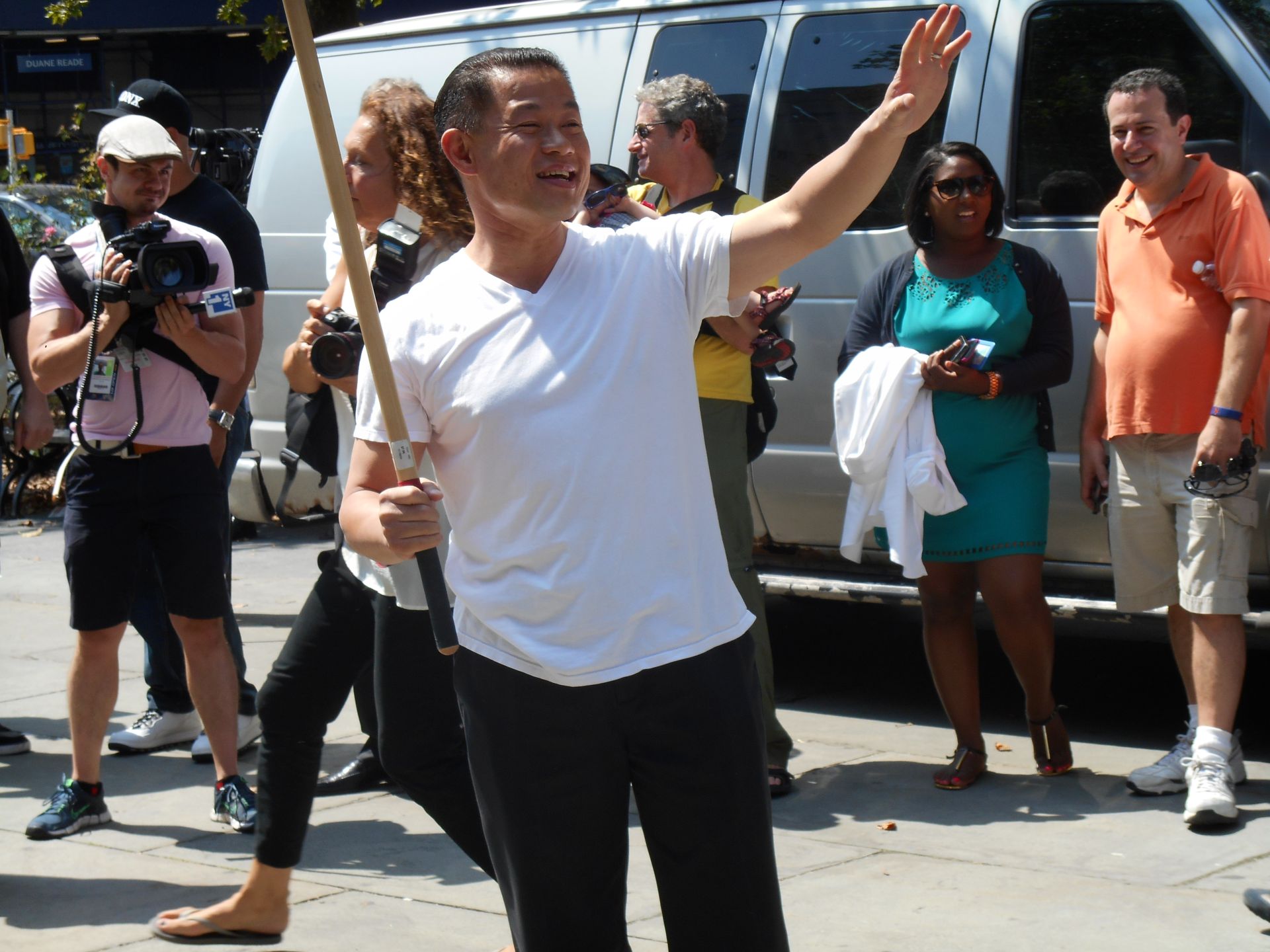 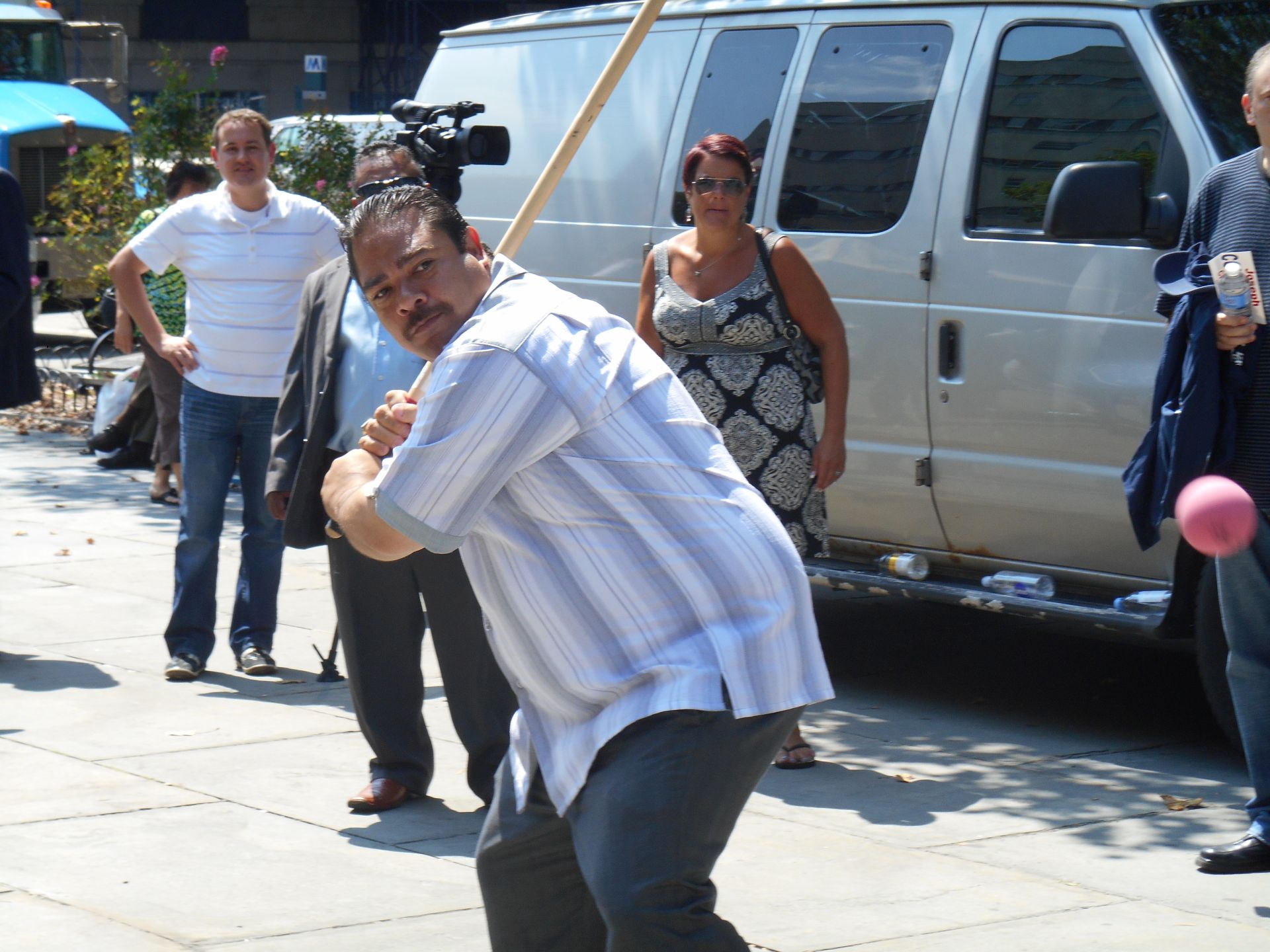 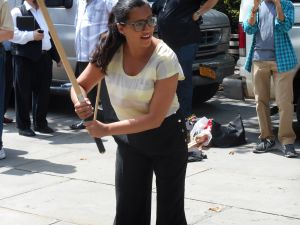 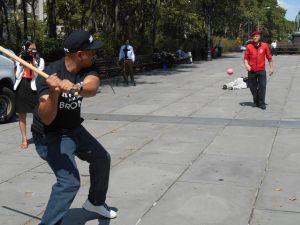 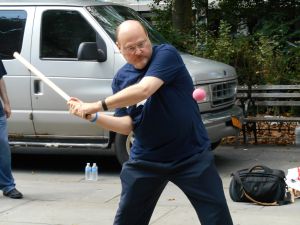 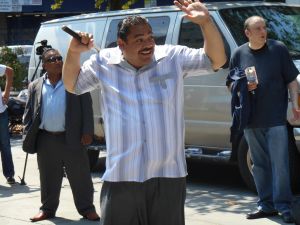 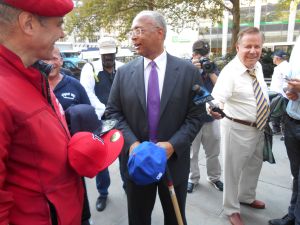 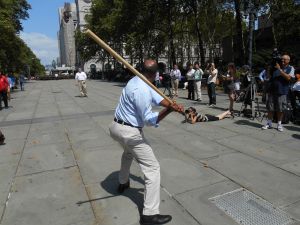 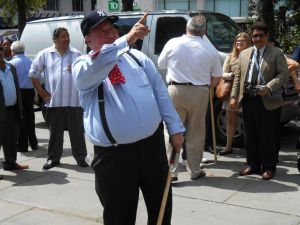 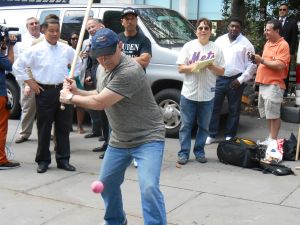 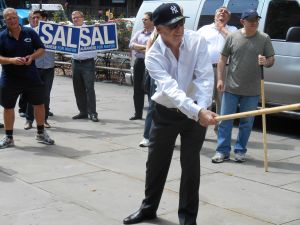 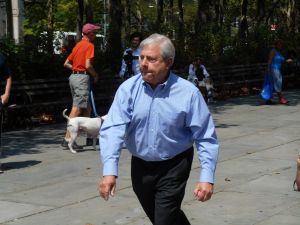 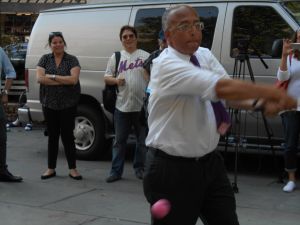 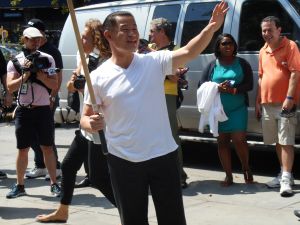 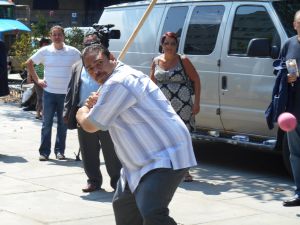 The Yankees won’t be calling these pols for a tryout any time soon.

A squad of the city’s top candidates for office, including several mayoral hopefuls, took their awkward cuts at a stickball tournament earlier this afternoon in Brooklyn. Naturally, the friendly competition allowed bitter rivals to exchange the political arena for an athletic one–but they found out politicking and batting are two very different skills.

“I haven’t hit in 50 years!” shouted GOP mayoral candidate John Catsimatidis as he finally tipped a little pink ball thrown on a bounce from talk show host Curtis Sliwa. Clad in suspenders and an oversized Yankee hat, Mr. Catsimatidis flailed at several more offerings from the self-appointed commissioner of stickball, a baseball-esque New York City street game that had its popular heyday decades ago. He later told reporters that he actually made an offer to buy the Yankees several decades ago.

“The game is not about how far you hit, it’s about making contact every single time,” Mr. Liu said, pivoting to perhaps a metaphor for his mayoral bid, which is tireless in energy but lagging in the polls: “Listen, it’s not about the home run or the Hail Mary; it’s about making steady progress.”

But it was the Bronx-born Rev. Erick Salgado, a long-shot in the race, who led all of his rivals, crushing a ball 180 feet and striding into the courtyard with a little chip on his shoulder.

Despite the fun to be had, three of the top Democratic contenders–Council Speaker Christine Quinn, Public Advocate Bill de Blasio and former Congressman Anthony Weiner–didn’t show up to the competition. Mr. Weiner has referenced playing stickball as a boy in campaign commercials, but Mr. Sliwa was convinced Mr. Weiner is a stickball fraud.

“I know he can’t play, trust me,” Mr. Sliwa said. “When I saw his first commercial in 2005 … he said, ‘On this block in this block in Brooklyn Heights I played stickball.’ I said ‘Impossible, too many trees.’ The tree that grew in Brooklyn, they all grew on that block.”

Mr. Sliwa added, “So I knew he was a fugazi then.”