Heavy rains and flooding had Election Day operatives in a jittery mood on Tuesday morning.

The news lands with a particular irritation on the frontrunner, whose field program has been an ongoing topic of contention within his U.S. Senate campaign.

Old school statewide operatives in Hudson, Bergen, Essex and South Jersey have chafed under a model foisted onto them by corn-fed out-of-staters from Obamaland, sparking a rust belt versus midwest free-for-all behind the scenes as Booker continued to show a commanding lead in the polls.

Now the rain throws a new dynamic into an already surly mix, one that no one among the Bookerties is convinced can – even after all the drama – result in anything other than a resounding victory for Booker.

“Worried about cities,” another Booker operative, this one from North Jersey, told PolitickerNJ.com.

A third operative, from Hudson, speaking on condition of anonymity, was ready to throw up his hands with the models he was tasked to implement on behalf of Booker.

“But it’s not going to matter,” the operative laughed.

At least three New Jersey bird dogs with Booker braced themselves for a big Booker win and the ensuing high fives from the out of state Obama interlopers.

“They’re going to think they won this,” a source groaned.

“Please do not let them take credit for this race,” another begged.

As the rain persisted and flood warnings poured in across the state, U.S. Rep. Frank Pallone (D-6) prepared to camapgin at a Union diner with Assemblyman Joe Cryan (D-20).

Republican candidate Steve Lonegan had scheduled an a.m. press conference at his his home in Bogota.

U.S. Rep. Rush Holt (D-12) voted this morning in his hometown of Hopewell.

“When I joined this race, I knew we had a tough fight on our hands,” said Oliver, who ran fourth in a four-person race in the polls. “But what we need in Washington is not more of the same old boys’ club, putting the deep pockets that funded their campaigns before the working men and women of New Jersey. I want to fight for you in Congress. I will fight with progressive Senators like Elizabeth Warren to pass the 21st Century Glass-Steagall Act, putting an end to the predatory practices of big banks. I won’t just be a reliable vote for women’s healthcare – I’ll be your champion.”

Signs for medical Dr. Alieta Eck, Republican candidate for Senate, could be seen all up and down Route 22 in Central Jersey in a driving rain. 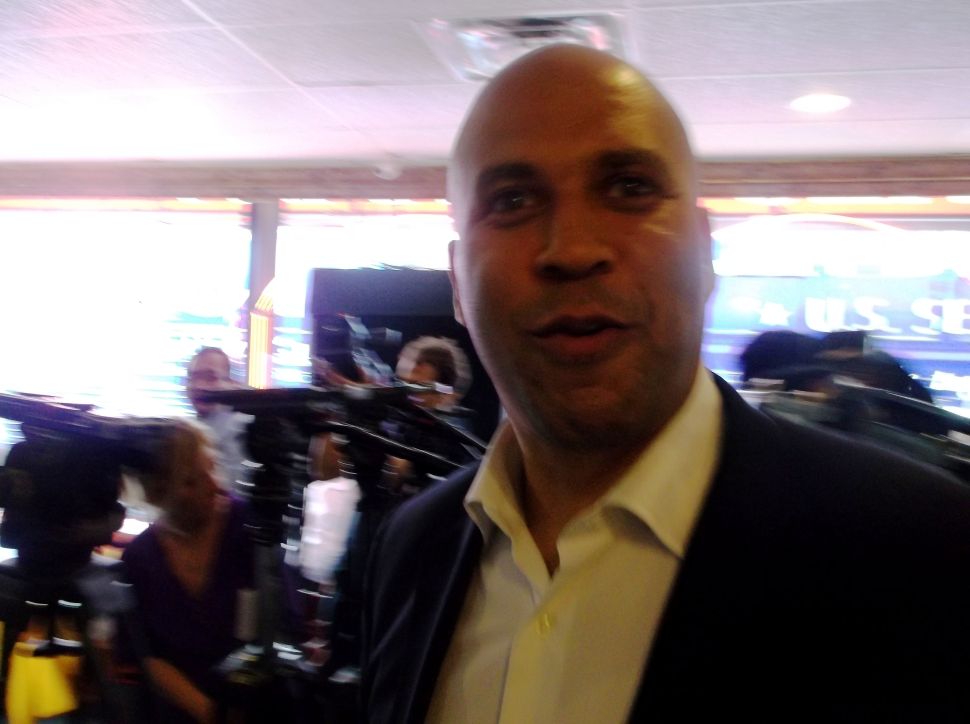