At first, actress Susan Sarandon expected to back Council Speaker Christine Quinn in her bid to become the city’s first female mayor. But she had to evaluate her other priorities as well.

“As a woman, initially I was interested in Quinn,” Ms. Sarandon declared tonight at a fund-raiser at the swanky SPiN Galactic New York ping pong club. “It became clear to me that, you know as a woman, you can’t just vote your vagina.”

“I was impressed with the idea of Bill’s focus on education because I believe that is what gives you a belief in the future,” Ms. Sarandon continued, adding that she found out about Mr. de Blasio from another one of his celebrity endorsers, actress Cynthia Nixon, who was also at the event.

Mr. de Blasio graciously and excitedly accepted the endorsement, citing Thelma & Louise and Bull Durham as two of his favorite films. As he pivoted from his movie reviews to policy proposals, Mr. de Blasio pointed to a recent court ruling, which ordered Long Island College Hospital services to resume.

“It does not reflect our values that some neighborhoods will have a hospital and some will lose a hospital,” proclaimed Mr. de Blasio, who was arrested earlier this summer protesting the closing. “Health care for all should be something real. Not just a slogan.” As the fanfare of celebrity presence subsided, Mr. de Blasio, his wife and his two kids, who have taken starring roles in the campaign, made their way to a ping-pong table in the adjacent room. There, a battle ensued between the mayoral contender and his highly-recognizable, 15-year-old son, Dante de Blasio.

Dante ended up the victor in the match, defeating his father 21-18. Yet nothing kept Mr. de Blasio from enjoying the occasion and joyously embracing his recent lead in the polls.

The story of Mr. de Blasio’s campaign has, at least as of late, been focused somewhat on the junior de Blasio, who starred in his dad’s first television ad, and told Politicker that he spends ten minutes each day picking his afro to perfection.

“It’s definitely been weird,” he said of his newfound notoriety. “A lot of people saw me, they want photos; they want to talk to me. But I’m happy I could help my dad in whatever way.”

As for, Mr. de Blasio, he appeared to be enjoying his moment in the sun.

“We are just not lost in the polls, meaning we pay attention but it’s not what drives us,” Mr. de Blasio told Politicker when asked whether he was at all concerned the campaign may have peaked too early. “I don’t think of the world that way. I think we’re just at a point in time where we’re just building something. We’ve got a huge number of new volunteers who come on board; that’s going to be a big impact on the ground.”

“That’s what really matters in this life,” he added, “not any given poll or any given story.” 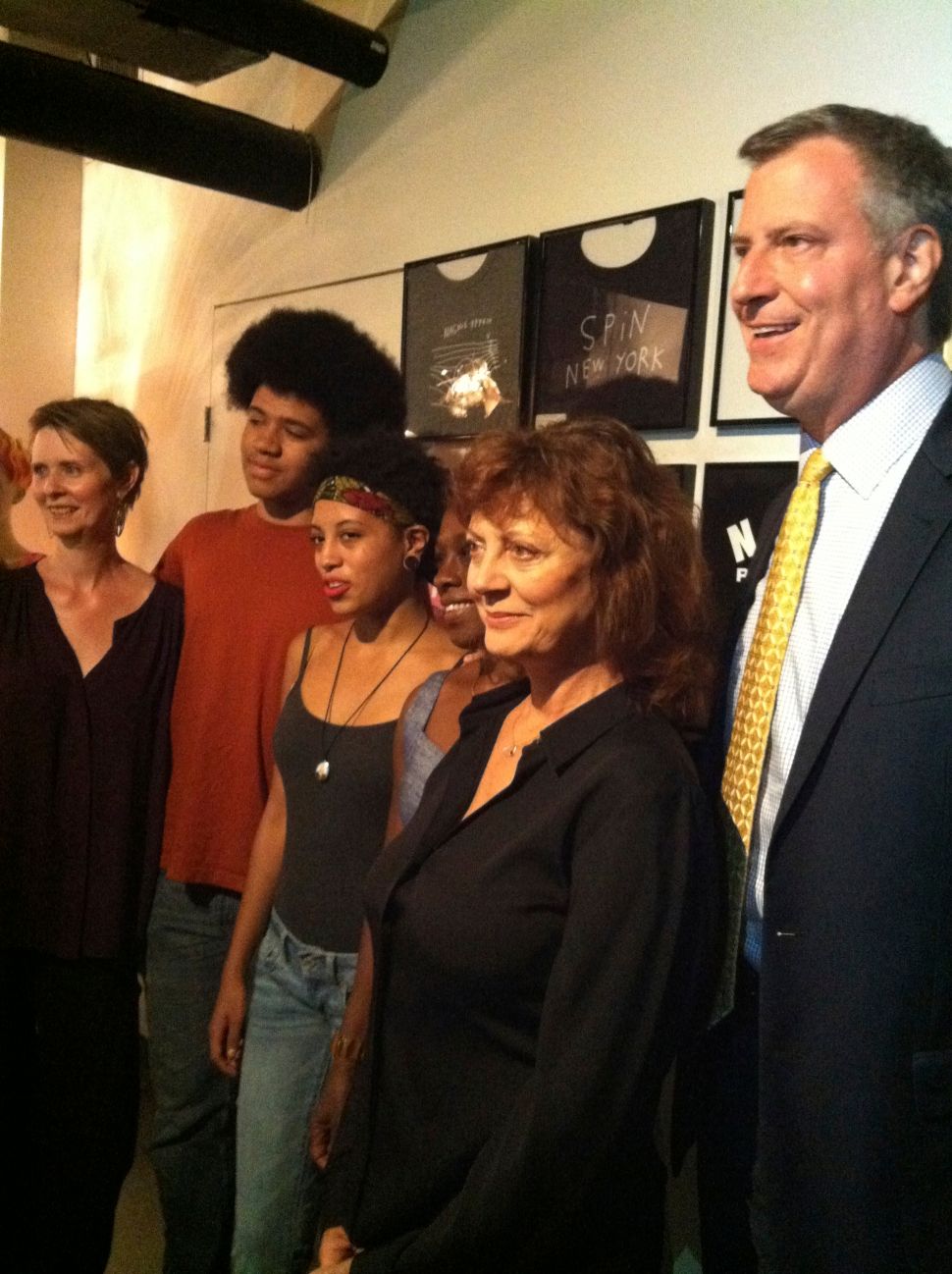