Ersilia Beacci, who turned her palazzo into a hotel in 1923, was a frequent presence in the villa. As for Liana, Arthur painted a portrait of her every year for her birthday, had her educated in England and Switzerland and gave her a Fiat when she was of age, and, when she married an architect, Giovanni Lensi Orlandi Cardini, he restored the Church of Santa Trinita in Florence for the occasion.

Liana had been welcome at La Pietra, but after Arthur’s death she began to feel a chill there. Harold Acton, Arthur’s son by Hortense, enjoyed the company of the celebrated—Winston Churchill, Pablo Picasso. Among royals, Princess Margaret, and Charles and Diana were among his visitors. But he paid no attention to his three Florentine nieces—according to a 1995 New Yorker profile by David Plante, he was concerned that they might make claims on his estate. The last time Ms. Alliata saw Harold Acton he was in an open casket in the La Pietra living room.

“I went on behalf of my mother,” she said.

John Beckman, on behalf of NYU, noted that, yes, the university is aware of the recent changes in the law. He wrote me an email on Aug. 27: “We do not believe the new law contains any provisions that could either change the previous outcome of the case or allow the heirs of Mrs. Beacci to start a new case. NYU is confident that the Italian Supreme Court (Corte Suprema di Cassazione) will affirm the previous decisions in the case, which will bring an end to this unusually long-lasting litigation.”

Dialta Alliata has her own message for NYU. “We are in the Italian courts for 18 years,” she told me. “There is now a new law, so my nieces are going to sue NYU also. NYU will end up with a handful of lawsuits from all the heirs of Arthur Acton. There are 14 grandchildren and 15 great-grandchildren. It can go on for years, until one day they will have to settle and the value of the art collection will be much higher than [it is] now.”

That said, Dialta Alliata would prefer a settlement, and she accepts that La Pietra and its contents should be kept together, “and we would like to get in and out of La Pietra,” she said. “I would like to give maybe a couple of events there a year.” And, she added, she and her family would like a few pieces. “Nothing important,” she said. “Small pieces. For the memories.” 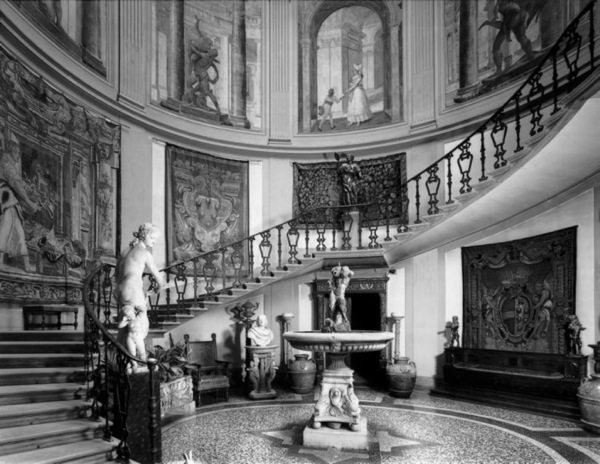