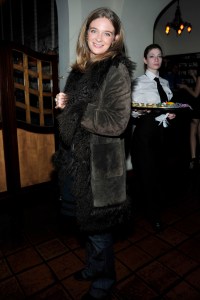 Houston’s Menil Collection announced today that it has tapped Allegra Pesenti to be chief curator of its Menil Drawing Institute. She joins the MDI from Los Angeles’s Grunwald Center for the Graphic Arts at the Hammer Museum, where she had served as curator since 2007. Prior to that she had been assistant curator in the drawings department of the J. Paul Getty Museum in L.A.

Here’s a bit more on the institute, from the Menil:

“Established as a program of the Menil in 2008, MDI oversees the largest and fastest-growing body of work in the museum’s collection, organizes exhibitions (such as the widely acclaimed “Richard Serra Drawing: A Retrospective”), and undertakes scholarly projects such as research and publication of the catalogue raisonné of the drawings of Jasper Johns. In 2012, the Menil announced the selection of the Los Angeles-based firm of Johnston Marklee to design a free-standing home for MDI, as the first major new art building to be added to the museum’s 30-acre campus under the institution’s long-range plan.”

“Drawings cabinets and collections are the ancestors of modern-day museums and continue to be sites of observation and discussion,” Ms. Pesenti said in a statement. “But even though some have been modernized to meet current needs and conservation standards, none has been invented anew with the kind of focus, dedication, independence and ambition that are proposed for the Menil Drawing Institute.