How is it possible that the Boom Boom Room is still the Boom Boom Room? New York spots aren’t supposed to survive the winter after Fashion Week. But somehow the Top of the Standard, the golden canopy in Gotham’s skies, has lasted a half-decade.

“What makes it enduring?” Andre Balazs asked us during the rollicking five-year anniversary party he threw for his joint Thursday night. The proprietor of the fine cocktail spot and the hotel that houses it was standing steps away from the Boom Boom Room’s sprawling classic bar, its centerpiece bursting as always with gold-lit tubes like a giant warped church organ. “I think it’s the people, it’s like a child growing up. You can have all the great things, the great view and everything else, but the key to anything is attentiveness.”

He stopped to look around at the view, that floor-to-ceiling showstopper of a view of the Hudson River.

“I hope it’s around for at least another twenty,” Mr. Balazs said.

And, yes, The Standard actually opened four years ago, but so what, numbers are just numbers, and the fashion faithful showed up in spades, eventually packing into every leather banquet and egg-shaped chair the place had to offer. A jazz band of conspicuously attractive horn players wailed in a corner, barkeeps handed out free packs of Marlboros, and the dresses of the champagne-carrying revelers caught the surrounding lights and reflected it back in flashes.

Enough with setting the scene, though — Lord knows we’ve been guilty of writing up plenty of parties here, scribbling purple prose about the Purple Magazine party, waxing eloquent about everything. You know all that stuff. Better yet is the action we’ve been witness to in the five (four?) years: Lindsay Lohan throwing glasses, Fiona Apple verbally berating the crowd, Beyonce mobbed as if she were a goddess.

But it was up top on the newly renovated roof, the Empire State Building’s specter glowing in the foreground, where the party eventually migrated.

It was up there that we found Jay McInerney, a writer who knows a thing or two about the mores of Manhattan. As the current Wall Street Journal wine critic swirled his glass — “It’s good, it’s Moet,” he said — he admitted that out of all the places to get a drink, said the Boom Boom Room might be one of the best. 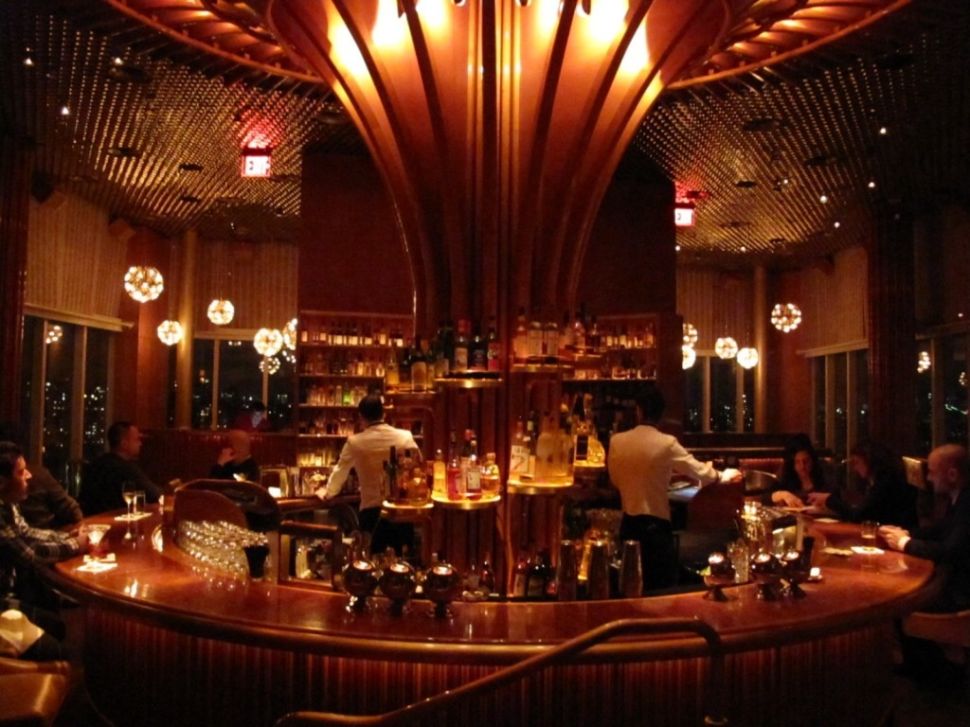