But Baraka, Newark’s South Ward councilman and one of the leading candidates for mayor in the 2014 citywide contest, isn’t yet prepared to say he supports the candidacy of old local foe Booker.

Lonegan has repeatedly made salvos into Newark to stand at podiums in opposition to Booker’s work product as mayor of New Jersey’s largest city. Some of his appearances have put him in close proximity to Baraka backers.

Baraka wants it clearly known that he doesn’t back Lonegan.

But the man who knocked off Booker’s ally, Oscar James III, in 2010 and has defined himself politically as the mayor’s chief critic, can’t publicly summon a stomach for the mayor’s statewide candidacy – at least right now. 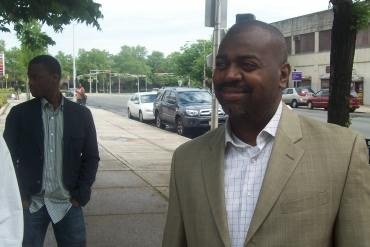