The crossroads of anti-Booker forces coming at the Newark mayor from different angles, and with decidedly different views on government, converged outside of City Hall today, with violence the issue for South Ward Councilman Ras Baraka, a candidate for mayor.

Booker’s city has felt an upsurge in murders these last nine days.

“Yesterday, Mayor Booker announced that the City would target areas of high violence with increased police patrols and deployment of tactical forces,” Baraka said. “We believe that the Mayor should also seek to bring additional federal, state, and county resources into our city to work with Newark police to curb violence. A serious strategy to make Newark safer requires the active and on-going involvement and mobilization of every resource at our disposal: Our police and elected officials, yes, But also, parents, students and teachers: our public and charter schools; community and religious leaders; universities; businesses and labor unions; philanthropic groups and other levels of government.”

Baraka’s spokeswoman, Tai Cooper, made it clear that Baraka was not bashing Booker, but urging greater government cooperation to confront the latest crime spree.

Baraka held his press conference just prior to an influx of allies of Lonegan.

Lonegan upbraided Booker for lack of transparency, and for having the nerve to go on Jimmy Fallon’s TV show last night in the midst of a bloody local scourge.

Yesterday, the Booker administration issued plans for an anti-crime initiative that includes extended summer deployment of increased patrols in troubled neighborhoods and increased overtime to keep more of the officers on the streets.

Mayoral candidate Shavar Jeffries, a former assistant attorney general, who like Baraka is also seeking to succeed Booker, issued a statement in response to the initiative.

“I applaud Mayor Booker for implementing a measure that I have been touting for some time,” Jeffries said. “More police on the street is one crime prevention tool that the NPD has in their toolbox. After nine days of bloodshed and nine lives lost, shifting gears is urgently needed.” 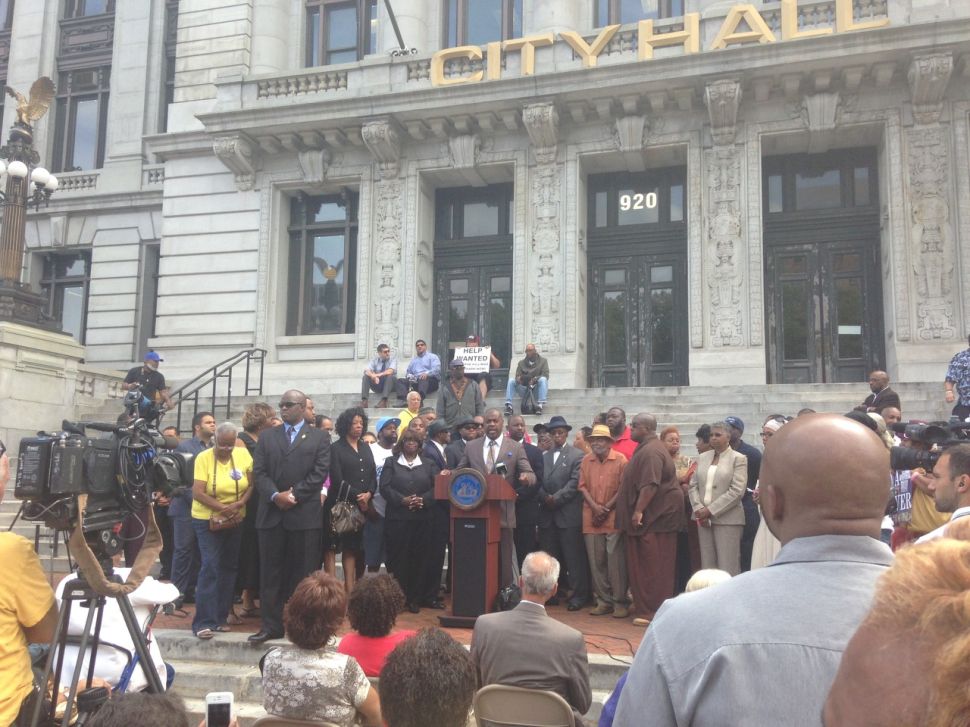