Mayoral front-runner Bill de Blasio seems to be having trouble remembering some of the more obscure documents currently being dredged up from his past.

The Village Voice reported today that Mr. de Blasio once wrote a letter to then-schools Chancellor Joel Klein “extolling the the virtues of transcendental meditation,” and recommending that the practice become part of the curriculum at New York City public schools.

“The technique is strictly a mechanical, natural procedure that allows the mind and body to settle down to a deep state of rest,” wrote Mr. de Blasio, according to the report, which was based on a review of Mr. de Blasio’s old City Council records.

But asked today whether he still believes the practice should be taught in city schools, Mr. de Blasio drew a blank.

“What are you referring to, please?” he asked in response to the question. The reporter went on to summarize the story–but did little to jar Mr. de Blasio’s memory.

“I don’t remember the details,” he said, explaining that he had once been asked “if I thought there were some things like yoga and other things that could be used that might be effective. And I certainly think they should be looked at. I don’t know specifically what that letter is, but I know I’ve talked about whatever helps our young people.”

This is not the first time Mr. de Blasio has had trouble remembering the contents of documents being reported as he’s vetted by the press.

Earlier this week, the Democratic front-runner denied having described himself as a proponent of “democratic socialism,” as reported by the The New York Times.

“That’s not a quote from me. That’s someone’s notes,” he reportedly said, adding that he couldn’t remember having expressed that view. (The Times said in a follow-up that the notes were indeed written by Mr. de Blasio and available for review in the New York University archives.)

Mr. de Blasio was also asked why some of his City Council files were no longer in the archives, which the Voice had questioned.

“Obviously I personally had nothing to do with the archiving process and I don’t know exactly who in the City Council structure did that,” he replied. “I’m sure there’s some real safeguards in place.” 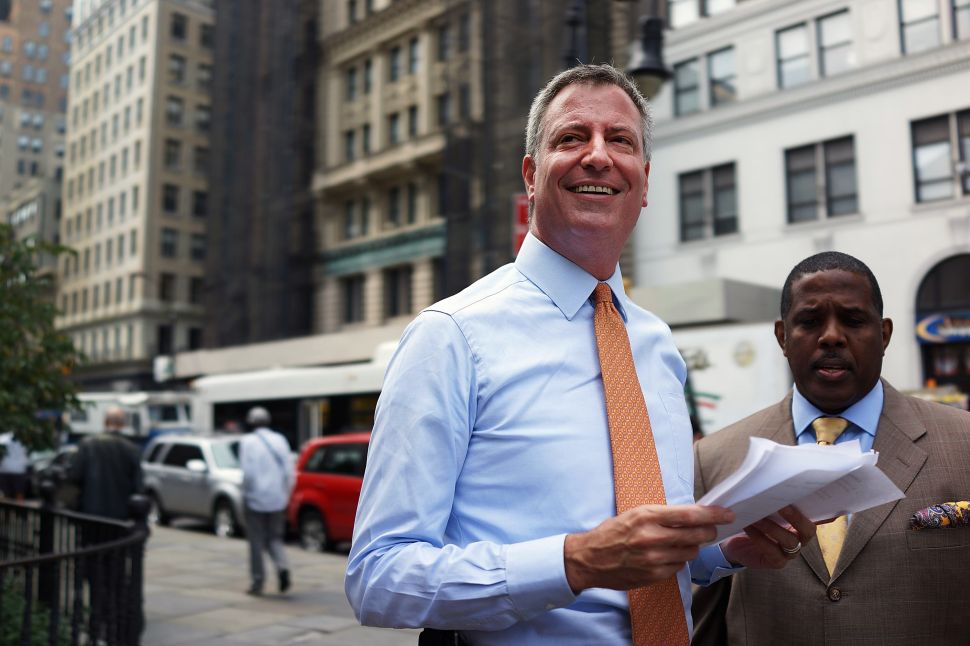