A spokesman for Newark Mayor Cory Booker tonight responded to a lawsuit from the National Review over police records of a 2004 murder, saying the city has in no way “stonewalled” the magazine as its editor claims.

The suit pertains to records of the 2004 murder of Wazn Miller.  Booker has long told the story of holding Miller as he took his last breaths.

According to an announcement from the magazine, however, when a reporter requested police records of the murder in an attempt to vet the mayor’s story, the city and the police department refused to release them.

But spokesman James Allen today disputed the claim, saying at no time has the city refused the request and in fact told the reporter the request would be ready by Sept. 13.

According to records provided by the city, no microfilm copy of the 2004 report exists.  As a result, the city requested an extension in providing the report so the police could hunt for a hard copy.  The extension was requested in writing in a letter to the National Review dated August 30, the records show, and Allen said it was not refused.

Allen said the records will be provided to the magazine Thursday.

“The request in question was filed with Office of the City Clerk, the custodian of records that operates independently of the Office of the Mayor,” Allen said in a statement. “Because no electronic police records exist for this time period and the Clerk’s search of microfilm records did not produce any results, the Clerk directed the Police Department to perform a manual search of hard copy archives. The Clerk notified the National Review that they anticipated a response on or before September 13th and did not receive an objection. Officials at the Police Department searched extensively and located hard copies of the incident report. The Clerk has indicated that the National Review will receive the records on Thursday, prior to the deadline.”

In an announcement published on the National Review’s website, editor Rich Lowry said the reporter had “been stonewalled and given the run-around by everyone we’ve asked for help in obtaining the relevant police records.”

“We’ve asked nicely, we’ve asked firmly, we’ve asked in every way imaginable, but gotten nowhere,” he claimed. ” It is much easier to learn about the most sensitive aspects of top-secret national-security programs than it is to get Newark police records related to that day.”

Copies of the exchange are attached below. 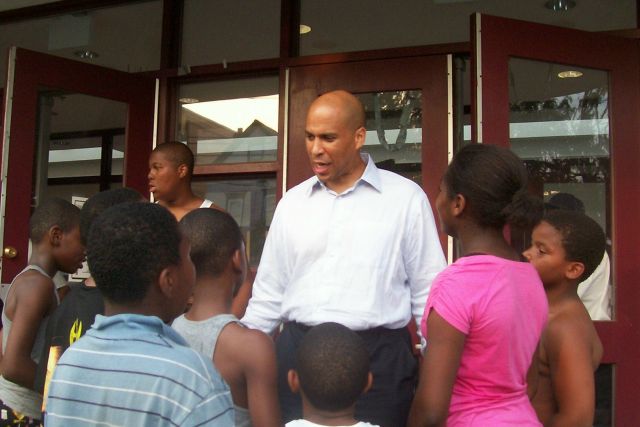