NEWARK – Mayor Cory Booker blew a loving raspberry at the BuzzFeed story that implied unseemly motives in his Twitter exchange with a West Coast stripper.

“Everyone knows I pay attention to thousands of people,” said the smiling mayor, blockaded by camera crews in the well of the Hilton Hotel this morning. “She sent kindness my way. That’s really what I was responding to.

“The only profession I avoid is journalists,” he cracked.

A reporter asked him if he has continued to chat with or be chatted up by the West Coast siren.

But he doesn’t plan to defriend her, either.

“I don’t study people’s professional profiles,” he said. “”When someone is kind to me, I respond in kind. That’s the way I was raised in my church. …I don’t think there are any mistakes. That’s the way we’ve been connecting. I’m not going to come with judgment. I’m going to continue being me. This doesn’t change me.”

Booker said as mayor he routinely shakes the hands of people in the street, warmly when they approach him with warmth, and he doesn’t first ask them about their profression. 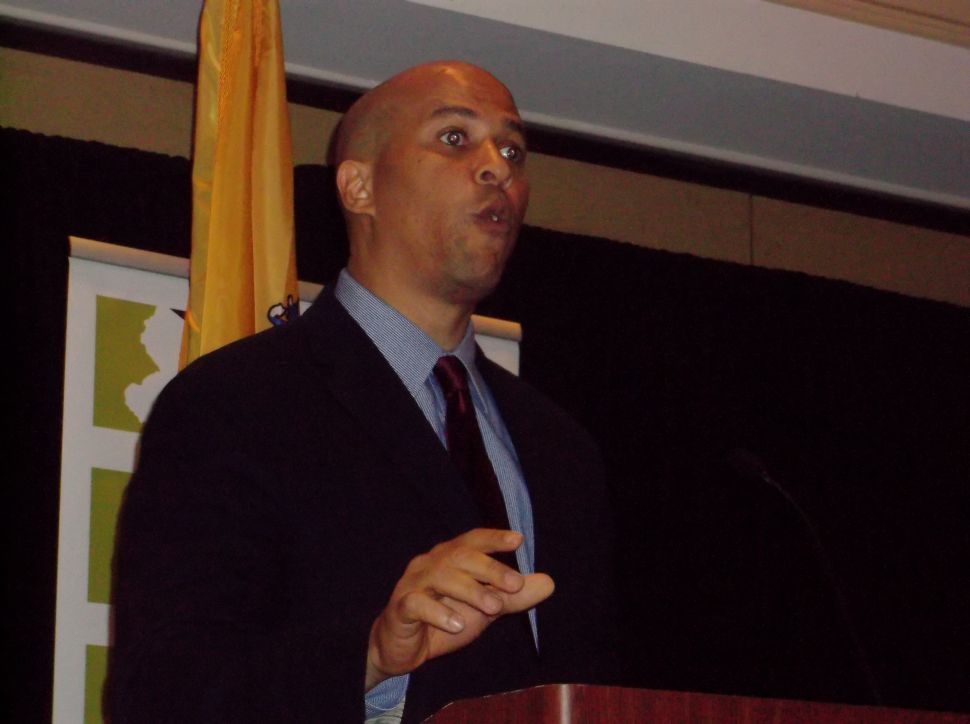