PISCATAWAY – Newark Mayor Cory Booker said he looks forward to hearing from President Barack Obama tomorrow regarding a retaliatory strike on Syria, but as of right now, Booker does not support a strike.

“I’m not convinced a path exists right now” to his supporting a use of force resolution championed by both Obama and Senator Bob Menendez (D-NJ), chair of the Senate Foreign Relations Committee, said the Democratic nomineee for U.S. Senate.

As the nation gears up for a debate on the floor of Congress about the use of force as payback for the Assad Regime’s alleged use of chemical weapons against its own people, Booker was here at Rutgers to receive the personal endorsement of Cecile Richards, national leader of Planned Parenthood.

“I stand with the people of New Jersey, who are skeptical right now,” said Booker, who added that people are “war weary.”

That’s what it would take to budge him, he said. 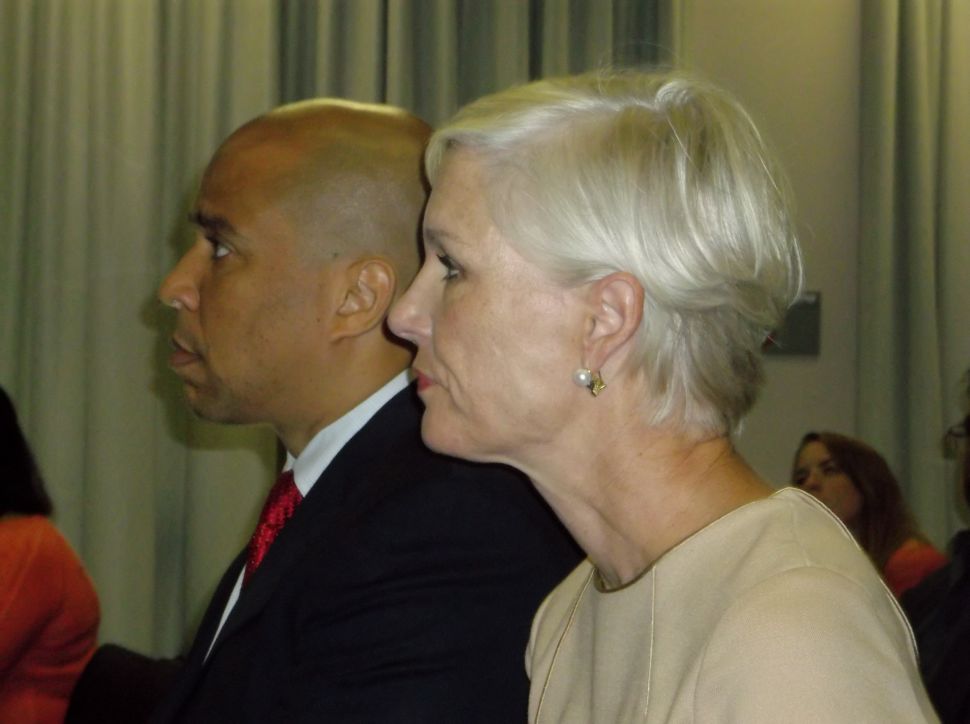