HOBOKEN – Mayor Cory Booker boasted of standing up for the science of global warming, but stopped short of upbraiding Gov. Chris Christie directly for failing to be convinced of the connection between climate change and Superstorm Sandy.

“Our leadership stands for science,” declared Booker, the Democratic nominee for U.S. Senate, as he pocketed another progressive endorsement today from the Sierra Club.

That doesn’t include the governor.

PolitickerNJ.com asked the U.S. Senate candidate if he hoped Christie would reverse himself and join the ranks of those who see the science of climate change. “This is about Steve Lonegan,” said Booker, referring to his Republican opponent.

The candidate did reiterate his disagreement with Christie for pulling New Jersey out of the Regional Greenhouse Gas Initiative (RGGI), but noted his interest in keeping the debate focused on a majority of New Jerseyans and not stratified between tired designations of Democrat and Republican.

PolitickerNJ.com asked Booker if he thought the GOP had lurched too far rightward in its opposition to climate change, exemplified by an environmentalist like U.S. Rep. Leonard Lance (R-7) heartily embracing Lonegan’s candidacy.

“Republicans want clean air,” said Booker. “I’m trying to bring people together, not falling prey to the divisive politics that the media wants.”

Joining Booker and NJ Sierra Club leader Jeff Tittel was Hoboken Mayor Dawn Zimmer, a progressive environmentalist who stood solemnly with Booker in support of his candidacy on Pier A. PolitickerNJ.com asked her who she supports for governor, and laughing, she walked away amid the bedlam cacophonies of the pier and a beaming Booker.

A favorite to win re-election in November as her two opponents battle to be the undisputed face of the dedicated opposition, Democrat Zimmer is a Christie fan, but has decided not to issue a formal endorsement of the incumbent Republican governor, preferring to issue statements in the realm of staying focused on local – not state – politics.

A critic of Booker in the past on issues as wide-ranging as the mayor’s championing of a municipal utilities authority (MUA) and hazardous waste disposal plan, Tittel now welcomed the federal version of the Booker brand.

“That was a specific issue for the city,” said the Newark-born and Hillside-reared Tittel, who trusts the mayor as senator will be an environmental champion.

“Bill Pascrell was terrible on the environment when he was mayor of Paterson,” Tittel said. “As a congressman he has had an outstanding record.”

An arch-enemy of RGGI and global warming science, movement conservative Lonegan gave Tittel and his brain trust little wiggle room when it came time to pick a candidate in this contest.

“He’s a paid puppet of the Koch Brothers,” Tittel said of the former Americans for Prosperity leader. 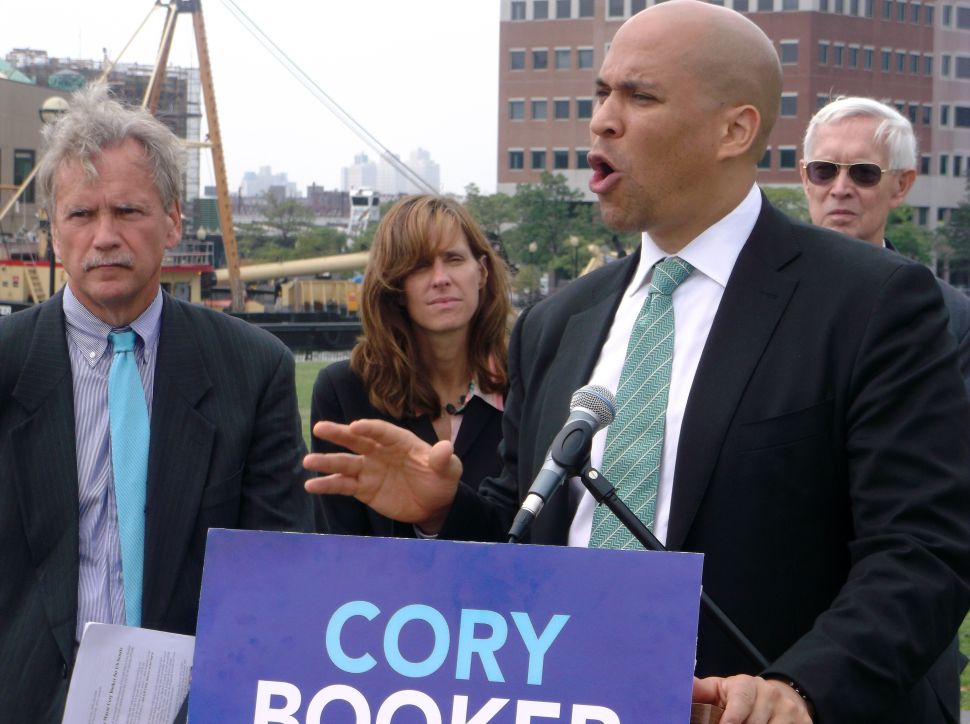