The Booker and Lonegan U.S. Senate campaigns clashed today over the two candidates’ responses to a use of force resolution in Syria.

Democrat Cory Booker said he does not have sufficient information to say whether or not he would vote aye or nay on the resolution before the Congress right now. Republican Steve Lonegan, who last week said he opposes the use of force and stands by it, said he has enough information to feel confident about how he would vote if he were in the U.S. Senate.

“Yes, I do,” Lonegan told PolitickerNJ.com. “America cannot get dragged into another war where we don’t belong. Those are both factions fighting in Syria and we should not get in the middle of it. We cannot afford to get in the middle of it. There is absolutely enough information. The only information Cory Booker’s waiting for is what the Obama administration wants him to do.”

The Booker Campaign continued to express an opposing view, arguing that Booker’s status as a candidate who is not privy to the same information as those elected officials in Washington puts him at a distinct disadvantage in this case.

“Senators are going to make a decision based on information that’s presented in classified briefings,” said Booker spokesman Kevin Griffis.

“Making a decision based on incomplete information may not trouble Mr. Lonegan, but it should,” he added. “The mayor has stated his skepticism and what he would need to hear to change that skepticism: clearly delineated strategic objectives, a path to achieve them, and an explanation about how it is in America’s strategic interest to intervene.” 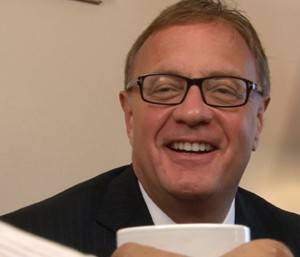