“The lines that divide us are not as strong as the ties that bind us,” Booker exulted. “I want to give some guv love.”

Booker’s opponent in the U.S. Senate contest, Steve Lonegan was here in Newark two nights ago in an attempt to stir up some poetic symbolism. He’s the suburban Republican challenger who’s supposed to get the lawnmower treatment every time he sets his feet on asphalt. Instead, he’s holding red carpet events with local activist Donna Jackson in attendance and other disaffected Newarkers while Booker hobnobs with Matt Damon.

Annihilating his Democratic opponent in the polls, Christie has endorsed Lonegan against Booker, but he also offloaded the special U.S. Senate election in no man’s land territory on Oct. 16, far from his own finish line of Nov. 5, when he expects his own campaign flotilla to break the victory tape.

Booker and Christie appeared at a packed Central Ward launch of Teacher Village, where a vacant lot now stands next to a blown-out brick building with a fire escape that looks like a West Side Story setpiece.

Backed by Goldman Sachs, the village will house three charter schools, some subsidized residential housing for teachers, and commercial development.

There were plenty of children at the event today, enhancing the general mood of sweetness, light, and bipartisanship.

Booker and Christie hung dutifully on every word.

As reporters buzzed about Booker’s lack of availability and rejoiced in finding a candidate with a throbbing pulse in Lonegan, the mayor went to the podium just ahead of Christie and flexed establishment muscle.

A poll this week out of Quinnipiac showed the race tightened to 12 points.

“It’s a silly season,” Booker admitted. “You may have heard, the governor and I are in an election season right now. The truth is America is great when we come together.”

“I’m proud to be here again with Cory to cut the ribbon on this project,” said the governor. “As Cory well put it, it’s easy to find the things that divide us. What unites us is working together and getting things done.” 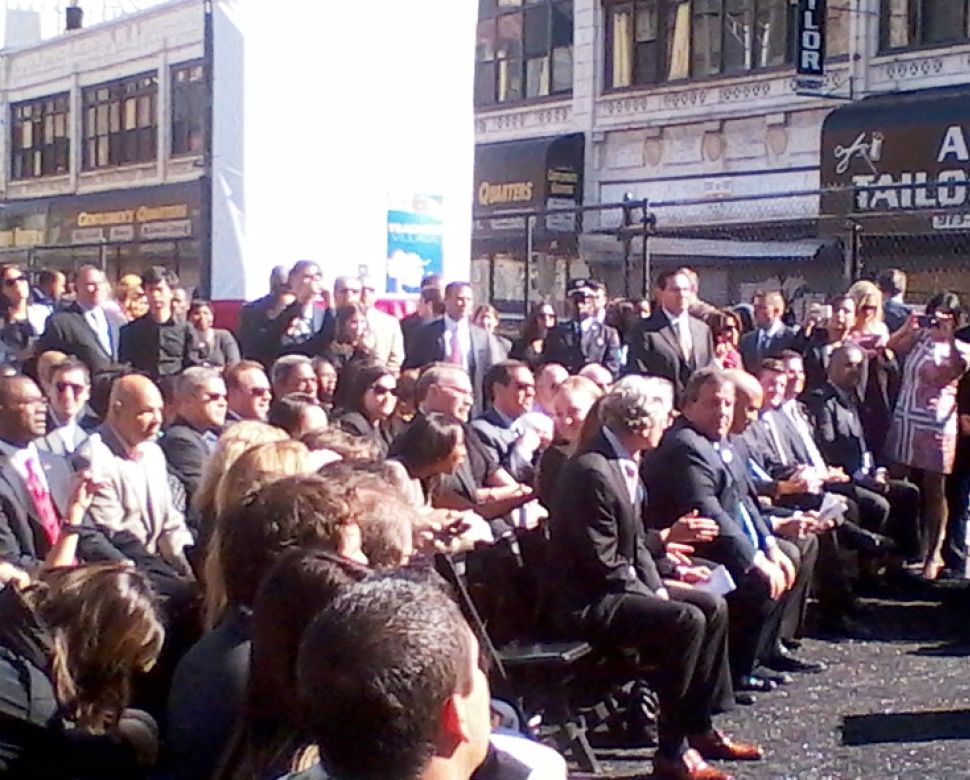