The National Review announced today it is suing the City of Newark, its police department and Mayor Cory Booker for access to police records relating to the 2004 murder of Wazn Miller, who Booker has said he held in his arms while the man died.

The conservative magazine is seeking access to police records surrounding the murder, which has never been solved.  Booker has told the story of Miller repeatedly throughout his time in Newark, but according to National Review Editor Rich Lowry, there is reason to doubt the account.

“Now, we have no idea of the truth of this account, and as far as we know, the incident happened exactly as described by Booker,” Lowry wrote on the publication’s website this morning. “But, given the dubious existence of T-Bone, we’d like to see documents backing up Booker’s statements. Certainly, the public has a right to know if Booker has made a habit of embellishing or fabricating similarly cinematic stories.”

Lowry said the magazine has been “stonewalled” in its attempts to gain access to the records, dspite repeated attempts.

“It is much easier to learn about the most sensitive aspects of top-secret national-security programs than it is to get Newark police records related to that day,” he wrote.

Booker already has come under fire – again – for the tale of T-Bone, a Newark drug dealer Booker has said threatened his life when he was younger and then came to him for help.

That story has been questioned for years and after the Star Ledger dug a little, Booker removed it from his repertoire of stories.  He maintains the veracity of the story. 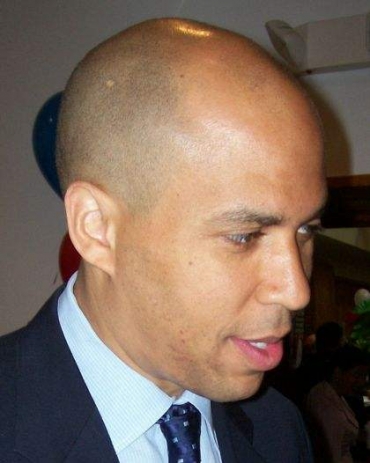