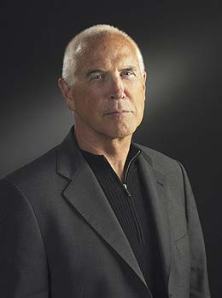 “The exceptional entities that comprise Louise Blouin Media present the unique opportunity to apply my extensive knowledge of the arts world on a parallel set of platforms,” stated Mr. Ferguson, who has penned exhibition catalog essays on artists like Eric Fischl, Francis Alÿs, Sherrie Levine, Christopher Wool and Charles Ray.

Mr. Ferguson is coming directly from his role as the dean of humanities and social sciences at the American University in Cairo, Egypt. He previously served as the dean of Columbia University School of the Arts in New York, and has held teaching positions at institutions like the Center for Curatorial Studies at Bard College, the sculpture department at Yale University and the Graduate School of Fine Arts at the University of Pennsylvania. He is the former president and executive director of the New York Academy of Art and the founding director and first curator of SITE Santa Fe, N.M.

“The addition of Mr. Ferguson to our world class editorial team will allow us to maximize opportunities across our media properties to the benefit of our global audiences,” stated Ms. Blouin in the release. “Bruce has a distinguished background as a leader, curator and critic, and his depth of knowledge and experience will further aid our mission of providing cultural dialog across borders. I’m thrilled to have him join our team.”