TRENTON – When Gov. Chris Christie’s re-election team criticized Sen. Barbara Buono on her vote 13 years ago to give herself a pay raise, they criticized legislation that simultaneously added increased pay for New Jersey’s governor.

Christie’s campaign recently took a swat at Buono over the airwaves on her vote on legislation in 2000 that raised lawmakers’ salaries from $35,000 per year to $49,000 per year. However, that same bill also raised the governor’s salary and helped pave the way for Christie to be among the top paid governors in the country.

When asked by a reporter Wednesday if he would forgo accepting the difference in salary that the legislation helped bumped his pay to, Christie’s response was unequivocal: no.

Christie’s comments come after his campaign released a television ad that attacks Buono on voting to increase her own pay while at the same time voting on numerous occasions to raise taxes. The governor said the ad is about Buono “taking responsibility for her vote.”

“She had a chance, a lot of people voted no on that bill,” Christie said. “She made her statement, she voted yes.”

The governor then went on to attack Buono’s campaign for perceived missteps.

“Listen, this is a campaign and a candidate who can’t get out of her own way,” he said, adding she’s the first candidate in recent memory to miss a deadline on having her personal biography printed on the pack of sample ballots that are mailed to New Jersey voters.

“If you can’t meet a deadline for that, how are going to stand behind this podium and be governor?” Christie charged.

However, Buono’s camp had a different take on the events and criticized the governor for campaigning on old legislation which, they note, was sponsored by a confidant and friend of Christie, Sen. Joe Kyrillos.

“It is interesting that Chris Christie so quickly gave up talking about his record and instead chooses to fixate on legislation that a key Republican ally sponsored, a Republican legislature passed and a Republican governor signed into law, all while disregarding precedent by taking the highest salary of any recent governor,” said Buono campaign spokesman David Turner in a statement.

“Instead of focusing on Senator Buono, he should explain why he refuses to sign legislation that would raise the minimum wage for workers across the state and his decision to raise taxes on the working poor,” Turner said. 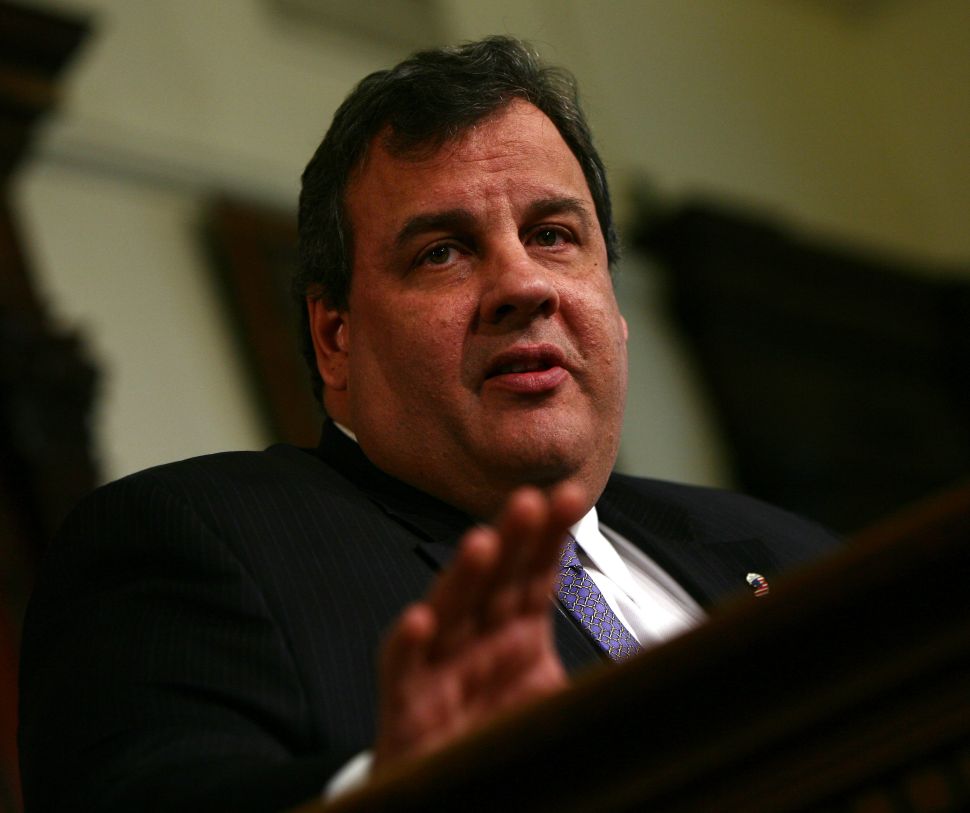