The ad attacks Buono for voting to support tax increases in the Legislature over her career while also supporting giving herself a pay raise in a 2000 vote.

“I don’t need a lecture on taxes from a governor who raised the cruelest tax of all,” said Buono, lambasting Christie for promising property tax relief and failing to deliver.

Buono also counter-attacked Christie for enjoying the fruits of the same bill by state Sen. Joe Kyrillos that gave legislators a raise while also bumping the salary of the New Jersey governor.

The gubernatorial candidate appeared on the campus of Rutgers College with Massachusetts Governor Deval Patrick, who endorsed her and urged young people to resist cynicism and come back to politics. U.S. Rep. Frank Pallone (D-6) was also in attendance in support of Buono.

Contacted for comment, Christie spokesman Kevin Roberts said of Buono, “She voted to raise her own pay by 40%, part of a long career of voting to raise taxes and fees 154 times. She has to own that.” 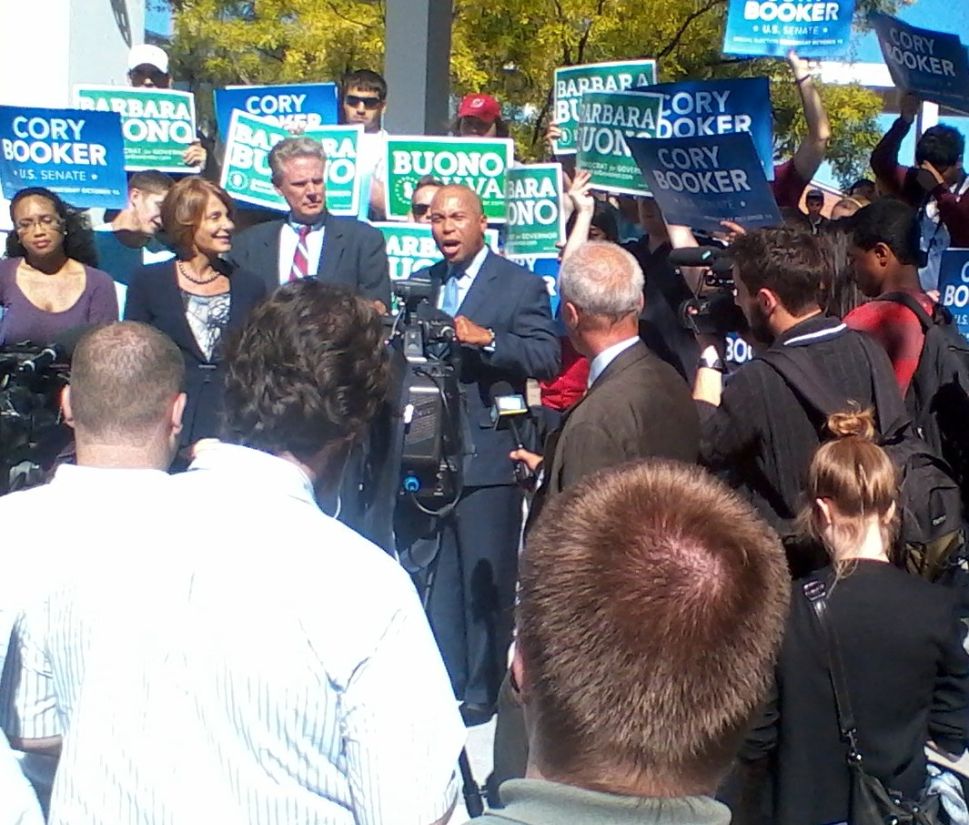