WASHINGTON, D.C. – As Gov. Chris Christie jockeys for a strong handhold on national security, butting with U.S. Sen. Rand Paul (R-KY) on the subject of government surveillance, Christie’s fellow 2016 GOP presidential prospects Paul and U.S. Sen. Marco Rubio (R-Fl.) are carving out different stances on Syria – which may or may not put them in the same place on a resolution by the end of this debate.

The Republican U.S. senators have not yet recorded their votes on the use of force as requested of Congress by President Barack Obama and championed by Senate Foreign Relations Chairman U.S. Sen. Bob Menendez (D-NJ).

An isolationist Republican potentially in seach of the presidency, Paul opposes a strike.

An interventionist, Rubio (pictured) is doubtful of the effectiveness of a strike, but appeared today to be flexible on a strategic strike – if he can be convinced of such an action’s effectiveness.

Compared to Paul, the latter appears more willing to use force, but complained about the circumstances he says Obama in part created.

“What happens in Syria is of vital national interest,” conceded Rubio, a member of the Senate Foreign Relations Committee, who then slapped at what he sees as Obama’s annoying inaction to this point.

“This is what happens when we ignore the world,” the Florida senator said. “We are left with options, all of which are less than ideal.”

“I’m a bit skeptical,” Rubio said of a strike on Syria that would degrade Assad’s future chemical weapons capability.

Paul also sits on the Senate Foreign Relations Committee. At the time of this writing, he had not yet quizzed Kerry, but this weekend spelled out a very different starting point from Rubio.

“I don’t see American interests involved on either side of this Syrian war,” Paul said on Meet the Press. “I see (Bashar) Assad, who has protected Christians for a number of decades, and Islamic rebels on the other side who have been attacking Christians.”

Earlier today, Christie chose not to give an opinion on a use of force resolution in Syria.

Secretary of State John Kerry and Secretary of Defense Chuck Hagel made the case for a strategic strike.

“President Obama is not asking America to go to war,” Kerry insisted to the Senate Foreign Relations Committee, including Rubio and Paul.”We all agree there will be no American boots on the ground. He is asking only for the power to make clear that the United States mean what we say.”

Kerry said the president is asking Congress for authorization to deter Assad’s capacity to use chemical weapons in Syria. “If he is foolish enough to retaliate we have ample ways of getting him to regret that decision – without going to war,” the secretary of state said.

Following Kerry’s remarks, police carted out a pink-shirted protestor yelling, “the American people do not want this.”

When he once appeared before the Senate Foreign Relations Committee as a 27-year-old veteran and member of Vietnam Veterans Against the War, Kerry acknowledged, “I had feelings very similar to that protestor. That is why it is very important for us to be here having this debate.”

“All of us owe America a vigorous debate,” added Secretary of Defense Chuck Hagel.

Later, police forced another protestor from the chamber.

“Where is the moral high ground?” the man yelled as two cops flung him through double doors here at the Hart Senate Office Building. 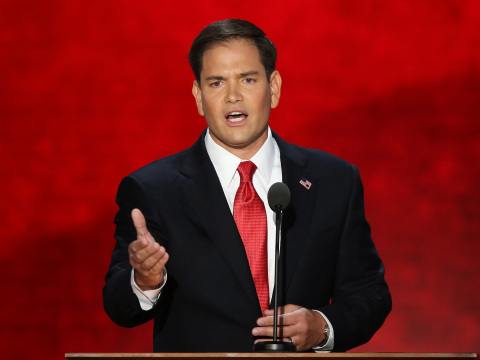