The old driver with a long white beard had no idea what he was getting himself into. He had been hired to drive around the ATL Twins Friday night, eventually taking them to The Lightbox, an event space in the Garment District, for The Line Up, a bash thrown for the witty, subversive fashion lines LPD and Conflict of Interest. He watched the duo — identical twins who wear identical clothes, sleep with the same woman, and finish each others’ sentences — with slightly scared amusement.

The ATL Twins, as Sidney and Thurman Sewell are now known, are having a banner year, and outside the venue, with girl after girl asking for pictures, they were certainly in their element. It’s been months since they appeared in Spring Breakers, after Harmony Korine had the fortune of discovering them online, and in that film they figured prominently in the party scenes, plying the young heroes with drink and drug. It’s pretty clear from hanging out with them that they were simply playing themselves. This year probably hasn’t produced a more intriguing pair of curios.

After snapping pictures with female admirers — and eventually with their driver, too — The ATL Twins engaged us in a little chat.

The Observer: So you guys are taking over Fashion Week.

Sidney: We’re trying. Our methods are just to show up and annihilate, find the people who are like fuckin’ running shit and fuck wit’ ‘em.

The Observer: Are you guys still doing that thing where you sleep with the same woman?

Thurman: Last night we had this — well, every night…

The Observer: Let’s talk about what happened last night.

Sidney: Well, nothing that crazy, we had all these girls, and then we met this one girl…

Thurman: …we talked for like 20 minutes and then smashed her all night…

Sidney: …and then I woke up the next day and she was still here. I was like, goddamn it, leeeeave.

Thurman: She was cool though.

The Observer: I’m a big fan of you guys on Vine.

Sidney: We don’t get enough credit for our Vine! We get no likes on it.

Thurman: Well, we do put them up at four in the morning

The Observer: Are you trying to top last night, tonight? What exactly is your ideal night out?

Sidney: To go out, network, hang out with some big dogs, get some crazy shit in the works, and then after that hook up with a super hot-ass chick, get faded, fuckin’ smash, and then go to sleep. Perfect. That’s the dream.

The Observer: The year ahead. Go.

Sidney: We have crazy shit in the works, but honestly we can’t speak on it. Lemme tell you this: it’s next level. They’re not ready, but we’re gonna make em ready. We’re gonna jam it down their throats. I’ll tell you this: it involves Harmony Korine.

The Observer: You guys were excellent in Spring Breakers. Really great film.

Sidney: Oh yeah, great film. James Franco’s actually a really great homie now. We’re actually doing a movie with him, in December I think, it’s gonna be really controversial. I can’t speak on that too much. But it’s gonna make a lot of noise.

The Observer: One last question. If you could work with anyone in the world…

Sidney: Oh I know the answer to this…

Sidney: Leonardo DiCaprio. We’re such big fans of his. We like his older stuff. Obviously The Basketball Diaries, and This Boy’s Life, that’s one of our favorite movies, him and De Niro. He’s just dope, I wanna fuck with him. We saw this interview that he did with Daisy Fuentes when he was promoting Basketball Diaries. It’s fucking amazing. Google that shit. I would love to do a movie with him.

Thurman: Fuck the movie, I just wanna hang out with him!

Sidney: Imagine partying with Leo. I heard that Harmony Korine used to be a part of this shit called The Pussy Posse, and he told us the craziest stories. I’m about to recreate that. By no means are we on that level, but we’re about to be.

Thurman: We’re gonna be on that level. 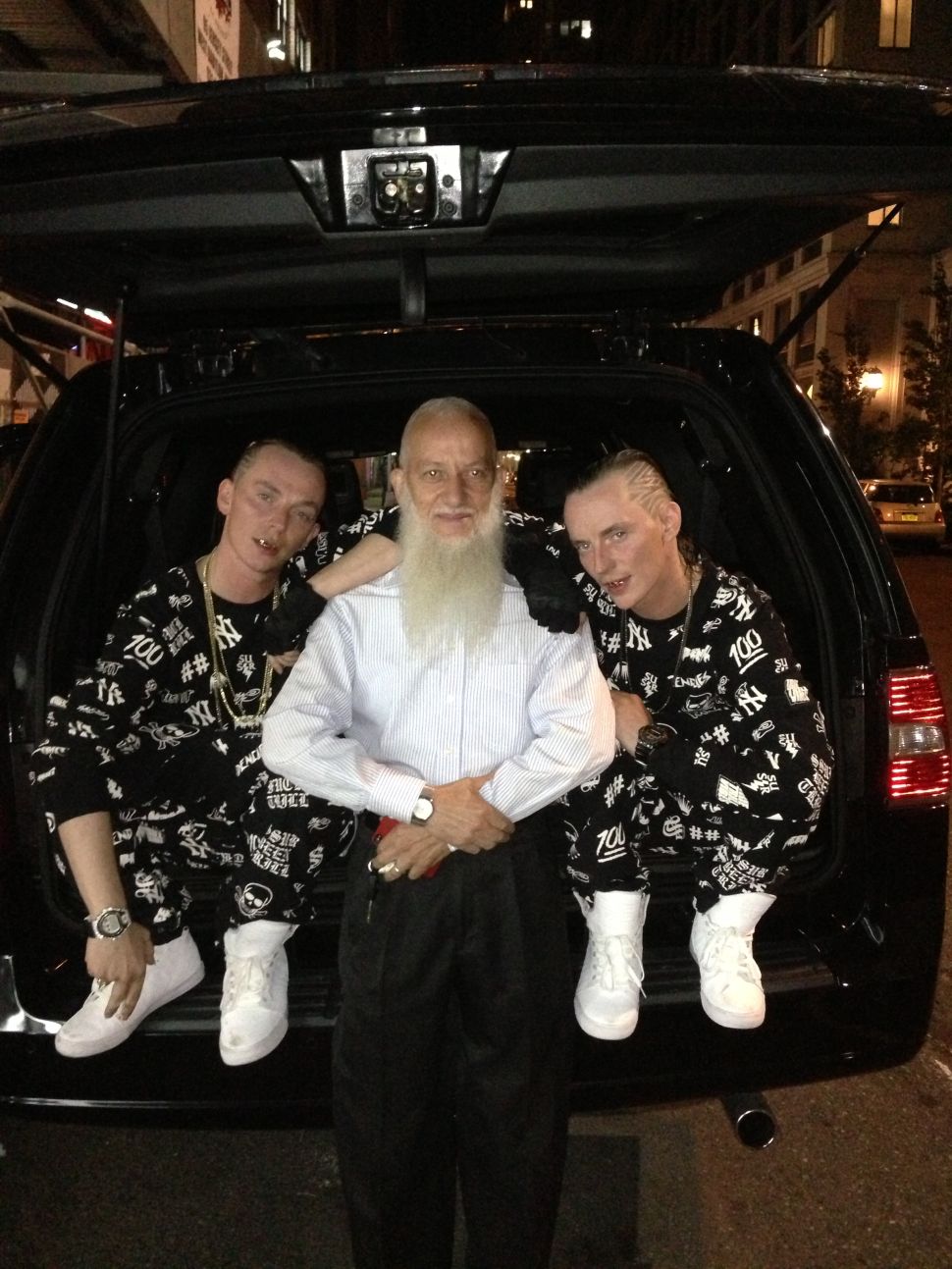