The mayor’s race is packing up and going to college.

Joe Lhota has repeatedly skewered Democrat Bill de Blasio for supporting the leftist Sandinista regime in his younger days. And now Mr. de Blasio, who remains far ahead in the polls, is returning the favor.

In a move that marks a shift in its tactics, the de Blasio campaign issued an aggressive new statement today attacking Mr. Lhota after a front-page New York Times story detailed Mr. Lhota’s past support for Senator Barry Goldwater. The Times described Mr. Goldwater, an outspoken conservative who once ran for president, as Mr. Lhota’s “boyhood hero.”

The statement–likely an attempt by the de Blasio camp to brand Mr. Lhota as a right-wing Republican too extreme for New York City voters–features the “top 10 facts” about Mr. Lhota’s “icon, extreme conservative Barry Goldwater.”  The list includes Mr. Goldwater’s famous “extremism in the defense of liberty is no vice” quote, his vote against the Civil Rights Act of 1964 and his support for using nuclear weapons in Vietnam.

The Lhota campaign did not immediately respond to a request for comment.

1. Goldwater Explicitly Supported GOP Extremism and Denounced Moderation: “Extremism in the Defense of Liberty is No Vice.”[THNRK, “Father of Conservative ‘Extremism’”, 8/27/2012]

2. Goldwater Opposed the Brown vs. Board of Education Court Decision, Stating Racial Segregation in Mississippi and South Carolina is “Their Business, Not Mine.” [History News Network, “Barry Goldwater and the Civil Rights Acts: The Antecedent to Rand Paul”]

4. Goldwater Claimed the Civil Rights Act Was Unconstitutional and Would Promote Racial Intolerance, Opening the Door to a “Police-State System of Enforcement” [4President.org, “Barry Goldwater for President 1964 Campaign Brochure: “Barry Goldwater Speaks Out for a Stronger America”]

9. Goldwater Condemned Non-Violent Protests, Calling Them Nothing More Than a “Fable” and Inherently Violent. [The Bulletin, “‘Non-violent’ protest just a fable,” 8/23/1966]

Today’s article cites Goldwater as one of Lhota’s “intellectual forebears” and “boyhood hero” and describes Lhota as a “lifelong conservative” who adheres to the discredited, favor-the-wealthy economic theory of “supply-side economics”. [NY Times, “Lhota Seeks to Persuade a Liberal City to Elect a Disciple of Goldwater”, 9/30/2013] 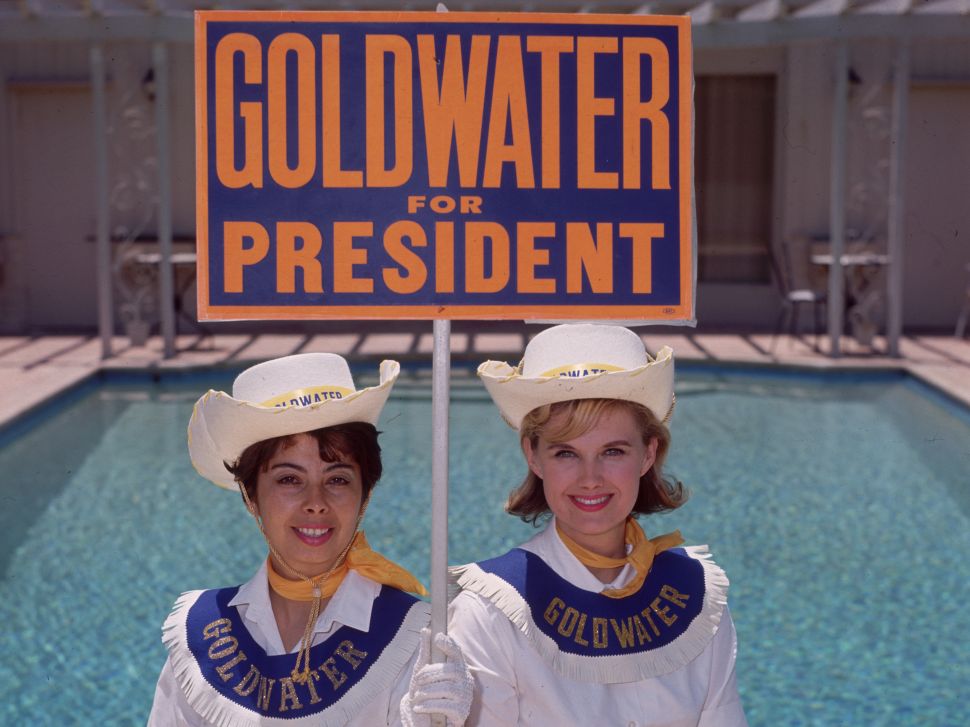