The conned restaurants, including the Grand Canyon Restaurant in Brooklyn Heights and Telly’s Taverna in Queens, each paid Mr. Kountis $150-200 to represent them at Health Department hearings after they’d been charged with violations. In return, Mr. Kountis told them their violations had all been cleared up and gave them shiny new A grades to hang in their windows.

But, according to a Department of Investigation report, Mr. Kountis never went to the hearings and those letter grades were all just photocopies of actual grades or stolen A’s from other restaurants.

And yes, restaurants, you do have to have a grade in your window. Otherwise you may be risking a $1000 fine.

Although after Shakeel Khokhar, manager of New Punjab Restaurant and Grill, told DNAinfo he’s in default for around $20,000 on top of owing thousands more for violations after falling for Mr. Kountis’s scheme, maybe a grand doesn’t seem like such a small price to pay to hide that C. 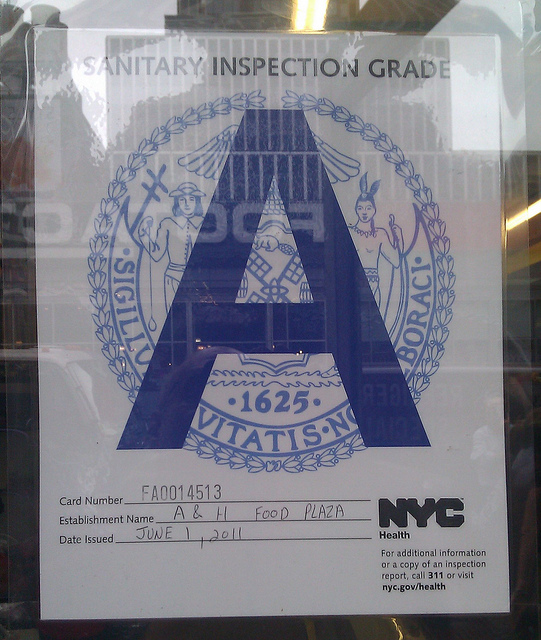