Last Tuesday’s elections settled contentious races across the city, but for good-government advocates, the fight for campaign finance reform is still ramping up.

Various winners in City Council primaries gathered with members of Common Cause New York on the steps of City Hall today to castigate the influence of independent expenditures, especially Jobs for New York, a group backed by real estate interests.

“We have a message for Jobs for New York: ‘Save your money. Leave the elections to the voters of New York City because it’s the voters who back candidates and not the real estate industry,’” declared Susan Lerner, Common Cause’ executive director.

“Campaign finance is a great equalizer, it allows idealist candidates who are reformers to get elected without being in debt to the very special interest we are running against. In my race the most frequent contribution was 10 dollars,” said Mr. Kallos.

Ms. Lerner further said that the rate of return for real estate groups playing in electoral politics was unimpressive. “They should be investing in better buildings—in energy compliant buildings—not in elections,” she argued.

But Jobs for New York, which backed an ideologically mixed slate of candidates that includes several of the pols present today, insists they had quite the successful night.

“The exit polling confirmed that New Yorkers are concerned about jobs and unemployment which explains why the overwhelming majority of the candidates we backed were victorious,” the group said Tuesday in a statement. 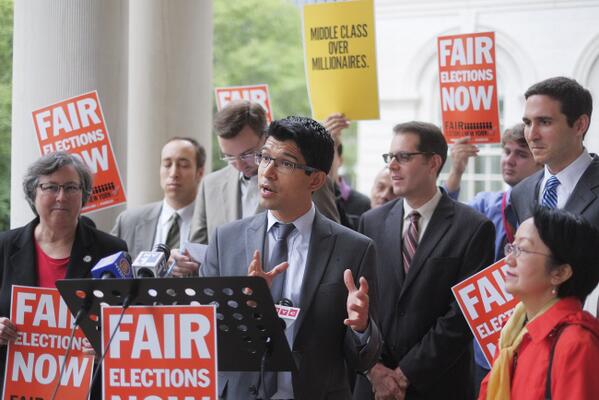