Mr. Salgado, a socially conservative reverend who made a name for himself by cracking jokes at the Democratic debates, says he’s moving on to the general election, campaigning on the independently-petitioned “School Choice Party.”

“Yes, I did run in the primary as a Democrat,” Mr. Salgado said in a lengthy statement this afternoon, “but my positions were in serious contrast to those of the other candidates.”

“Accepting the School Choice line was not a political decision, but rather an ideological one. What’s important to me is doing what is best for the people of this great city,” the candidate added.

It is unlikely Mr. Salgado will do any better on an independent line than he did as a Democrat. But, as both Democrat Bill de Blasio and Republican Joe Lhota share many socially liberal viewpoints, including being pro-gay marriage, Mr. Salgado could still attract some support.

The School Choice Party targets voters, many of whom are Orthodox Jewish, seeking tuition relief policies for private schools.

Concerned that as the two major party candidates exchange campaign rhetoric, the needs of the residents of New York City’s diverse communities will not be addressed, Erick Salgado, announced that he is continuing his campaign for mayor as the School Choice Party’s designee. Salgado, was the only conservative among the Democratic mayoral hopefuls, and throughout the campaign was an outspoken advocate for both the needs of those who live in each of this City’s unique communities and school choice.

“New York City has evolved away from being a melting pot. It is now a mosaic of many communities, each with its own customs, personalities and issues,” Salgado explained. “The next mayor will have to understand this and be able to address these differences from day one in office.”

Salgado, a businessman and pastor, has devoted nearly a quarter of a century to working with the people of New York City’s ethnic communities. He was the first candidate to call for the creation of a municipal ID card for the city’s over 600,000 undocumented residents.

“New Yorkers can’t afford the luxury of giving their next mayor a training period. He must know the issues − which can vary greatly from community to community − and immediately work toward solutions. The residents of this great city deserve nothing less,” Salgado said. “My two and a half decades of working in this city’s neighborhoods has provided me with a deep understanding of the concerns that face average New Yorkers every day as they live their lives in this complex city.”

While not limited to a single issue the School Choice Party, as its name suggests, has made providing parents and guardians with viable public/private/charter school options for their children a high priority.

“My running for mayor was never about politics. I entered the race because I believed strongly in a set of principles, included among them is a parent or guardian’s right to choose the best school for their child,” Salgado explained.

“Bankruptcy should not be a requirement of parents providing their children a sound education consistent with their religious or philosophical beliefs. Parents and guardians who choose to enroll their children in private schools should be provided with tax credits to defray some of the expense,” Salgado said.

“Providing school choice is a win-win situation. Our children get the type of education we want them to receive and the public school system has fewer students allowing them to provide the remaining population with additional attention. Everyone benefits,” Salgado added.

“Yes, I did run in the primary as a Democrat, but my positions were in serious contrast to those of the other candidates. Accepting the School Choice line was not a political decision, but rather an ideological one. What’s important to me is doing what is best for the people of this great city,” Salgado stated.

“There is a disparity in the quality of schools among this city’s communities. Providing parents and guardians with a broad choice of educational options for their children will result in a greater number of our students getting the type of education they need to succeed,” Salgado said.

Salgado intends to get the word out about school choice between now and Election Day. “I believe that a majority of New Yorkers want to be able to send their children to the school of their choice. That’s why I am confident that as they become familiar with my message I will gain their support,” Salgado stated.

Salado reminded voters that, “While I am running on the School Choice line, my priorities still include keeping New Yorkers safe, creating new jobs, protecting our senior centers, keeping government out of religion and finding ways to reduce traffic congestion and improve mass transit.”

The general election will be held on Tuesday, November 5th. 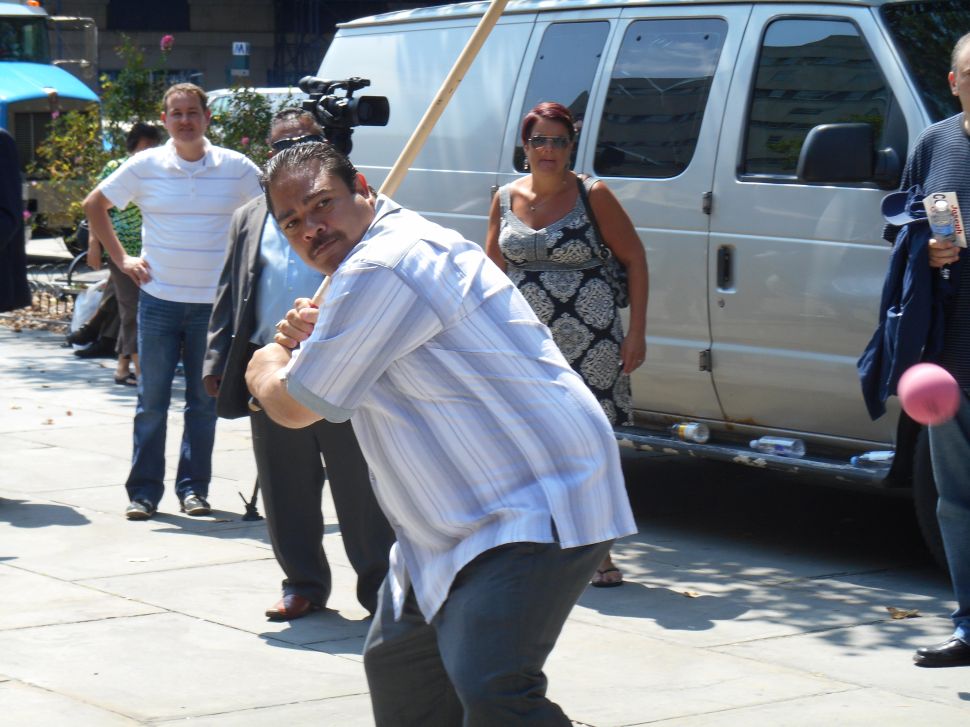