Who wouldn’t want to be buried next to that face? (Photo: flickr user JRGould)

If you’d like to spend the afterlife throwing slobbery tennis balls, New York State would love to make that happen for you.

A new state regulation introduced this month allows pet owners to have their cremated remains buried next to their beloved furry friends.

Following a two-year debate, the 117-year-old Hartsdale Pet Cemetery in Westchester can now accept Thomas Ryan’s ashes alongside those of his three Maltese doggies. After Officer Ryan’s death in 2011, his ashes were refused citing an obscure state law, but his niece, Taylor York, took up the cause.

The cemetery had accepted human remains since the 1920s, reports New York Daily News, but when it came to Mr. Ryan, the state stepped in and refused, despite the fact that his wife had already been buried there alongside their three dogs.

An intense legal battle ensued and the state changed the rules to allow the burial of cremated human remains, as long as pet cemeteries don’t charge a fee and don’t advertise their human burial services.

Ed Martin, Hartsdale’s owner, told the Daily News that they get about six requests every year from people wanting to be buried with their pets.

And now they can play fetch forever. *Sniff* 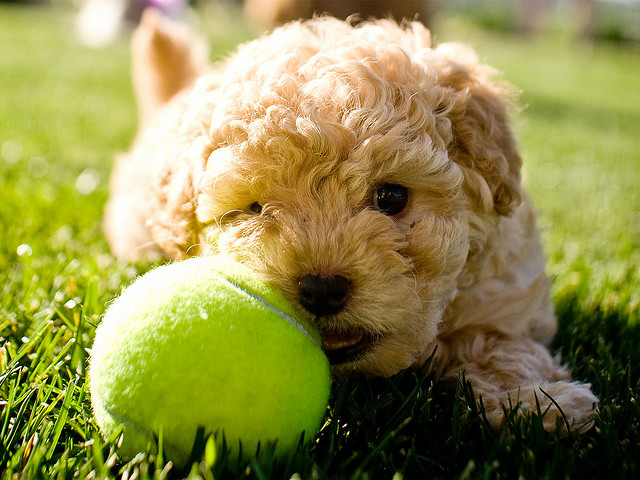