One of the few actors from Seinfeld to maintain a successful career in television—The New Adventures of Old Christine ran for five seasons and Veep is a smash—Julia Louis-Dreyfus is now making a serious jump into movie stardom. Though the casting in the romantic comedy Enough Said, directed by Nicole Holofcener (Walking and Talking, Friends With Money), is in one respect bittersweet—this is one of James Gandolfini’s last films—it promises to be a charming and uplifting affair.

Ron Howard is hard to pin down, and his new Formula One film, which marks yet another jump into unexpected terrain, is further confirmation of the filmmaker’s chameleonic temperament. At the same time, it represents something of a return to form. Rush is a sexy racing drama based on the real-life 1970s rivalry between the British speed demon James Hunt and the Austrian driver Niki Lauda—you could see it as a long-overdue follow-up to Mr. Howard’s directorial feature debut, the 1977 driving comedy Grand Theft Auto.

It would be a mistake to view Alfonso Cuarón’s gorgeous new 3-D film—about two astronauts (Sandra Bullock and George Clooney) who become untethered from a damaged space shuttle—as an intergalactic version of Open , a forgettable movie featuring two scuba divers abandoned by a tour boat to the whims of sharks. Mr. Cuarón has come a long way since 1995’s A Little Princess, with memorable features like Y Tu Mamá También and Children of Men. Gravity may well be his most ambitious movie to date.

If Gravity isn’t harrowing enough, All Is Lost’s title alone may make you think twice about seeing these two existentially terrifying movies back-to-back. But see them somehow (perhaps leavened by Enough Said). Robert Redford takes the lead in this quietly powerful film about a man alone at sea on a sinking sailboat. The promising young director J.C. Chandor also gets the writer credit, but with scant dialogue and no other actors, this is very much Mr. Redford’s movie.

Blue Is the Warmest Color, Abdellatif Kechiche’s three-hour-long French lesbian romance, won the Palme d’Or at Cannes this year. The young actors Léa Seydoux and Adèle Exarchopoulos—who were, along with the director, recognized for their achievements—have garnered much attention for appearing naked in the movie, which features a number of graphic sex scenes. But don’t let the explicit stuff blind you from seeing that Blue is, at heart, an affecting coming-of-age story.

It has nothing to do with Lynyrd Skynyrd’s rock-and-roll anthem—though Free Bird might be a good rally song for the brave and often foolish turkeys in this animated flick, directed by Jimmy Hayward (whose other directing credit in the animation field includes 2008’s Horton Hears a Who!). Two turkeys intent on not losing their lives to Thanksgiving—voiced by Woody Harrelson and Owen Wilson—travel back in time to the first holiday feast in the year 1621 “to get turkeys off the menu.” Maybe you savor your yearly drumstick, maybe you can’t fathom why anyone would want turkey on the menu in the first place—either way, you’re likely to root for these brazen birds.

Jordan Belfort’s memoir, The Wolf of Wall Street, provided the fodder for Martin Scorsese’s new film of the same name, starring Leonardo DiCaprio as a corrupt New York stockbroker. While we’ve seen a number of these kinds of movies in the past few decades—including Oliver Stone’s 1987 drama Wall Street (and its 2010 follow-up, Wall Street: Money Never Sleeps) along with 2000’s excellent crime thriller Boiler Room, starring Giovanni Ribisi and Vin Diesel—Mr. Scorsese’s film is setting a new tone by branding itself as a black comedy. Greed is funny? If Martin Scorcese says so.

The wait is over: Jennifer Lawrence is back as Katniss Everdeen, the protagonist of Suzanne Collins’s trilogy of young-adult science fiction books. Despite its psychological thriller undertones, this film and its predecessor are action flicks through and through—read the books if you want to know precisely what’s going on, but you don’t need to in order to enjoy the fast-paced fun.

Inside Llewyn Davis doesn’t immediately register as a Coen brothers movie, but then again, what does? With the filmmaking duo, we have come to expect the unexpected. Starring the Guatemalan-American actor and singer Oscar Isaac as a folk troubadour finding his way in 1960s New York, the film is loosely based on the late Dave Van Ronk’s 2005 memoir The Mayor of MacDougal Street. John Goodman, a Coen brothers staple, is on hand, as is Justin Timberlake.

Ben Stiller’s directing credits include a mishmash of genres, ranging from teen romance (Reality Bites) to dark comedy (The Cable Guy) to slapstick (Zoolander, Tropic Thunder). With Walter Mitty, he is going for something a little more serious, maybe even auteur-ish, perhaps as a foil to the 1947 comedic film version of James Thurber’s classic 1939 short story of the same name. Mr. Stiller stars in this version, so it at least has that going for it. 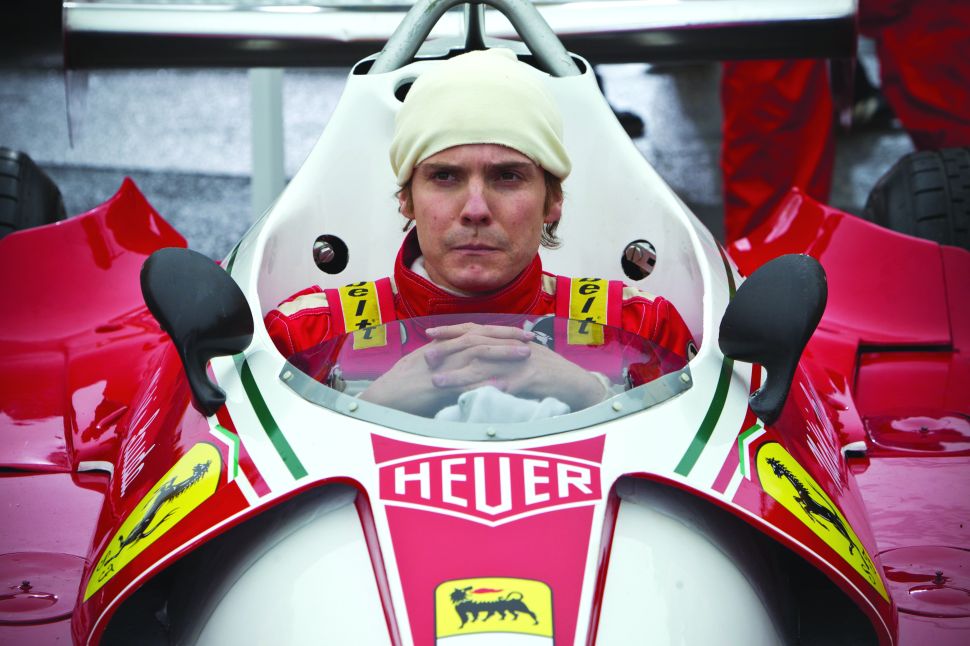