An hour into the Purple magazine party at the Top of the Standard, Lindsay Lohan stepped down into our cluster of booths, and did a quick left-right scan of the Fashion Week die-hards sitting nearby. As she was about to leave, two familiar voices rang out.

The three embraced with little enthusiasm, as if their hellos were nothing more than a perfunctory nod to their harder-partying times of nearly a decade ago. Or, perhaps, they were just really, really tired: it was Wednesday, more than a week into the biannual cocktails-and-couture marathon. And though there’s still one more night, the bash for Olivier Zahm’s ultra hip magazine — which was hosted by Proenza Schouler and consisted of a hub in the Boom Boom Room, a Chez Andre pop-up in Le Bain, and constant mobs across the amble rooftop real estate — seemed like the grande finale.

Fashion Week’s penultimate night began across town, at the other Standard Hotel, the Standard East Village. After nearly two years of renovations, the property was finally ready to emerge from the shadow of its pretty older sister. The lobby resembled one of the neighborhood’s nicer tenement ground floors, and the view from the top was a stunner (especially with the two light beams shooting up from Ground Zero).

The event was for a sculpture collaboration between Daniel Arsham and Pharrell, the producer who can ride out the success of the year’s two biggest songs — “Get Lucky” and “Blurred Lines” — for at least another few weeks. (Despite his recent ubiquity, our plus one for the evening, who happened to be our father, had no idea who Pharrell was, and probably still doesn’t.)

But perhaps Skateboard P isn’t known as an artist? Mr. Ashram brought it out in him, using as inspiration a cheap Radio Shack beat machine Pharrell used to make some of his earliest tunes. The artist took that and created sculptures of the keyboard that appear to be crumbling rock.

“This exact work started out from a suggestion that I gave him, which was, ‘What was something that was really important to you for your career musically?’” Mr. Arsham told us. “For him it was this keyboard that was sold at Radio Shack in 1987.”

Noted. But Pharrell looked much more in rock star mode than art star mode: hopping around in a straw cabana hat, taking selfies with fans, turning down interview requests. Mr. Ashram hinted at more collaborations between the two of them, but didn’t elaborate. There’s a chance the ascendant producer has to, you know, make more number one hits or something.

After squeezing in dinner (remember dinner?) with dad, it was off to The Standard, where at the doors the best-dressed angry mob in history clamored for a way to get in. Many of them made it up, it seemed: the crowd was so big that, for the most part, celebrities managed to blend in with the hangers-on. Leonardo DiCaprio sat with his aging Pussy Posse members Ethan Suplee and Lukas Haas in a corner. Leo had on a silly cap, smoked an electronic cigarette and was constantly texting. Lindsay Lohan made an early exit, but Paris and Nicky Hilton couldn’t seem to leave. Singer Dev Hynes shimmied on the dance floor, Sky Ferreira chilled on a smoking deck upstairs, and the two Andres responsible for the name of Chez Andre — that would be Standard owner Andre Balazs and Le Bain operator Andre Saraiva — bopped around the room greeting their guests.

“I’m really happy to be here,” said Mr. Saraiva, moving from Chez Andre in Le Bain to the Boom Boom Room. “That’s it! No, I’m happy for real. It’s getting bigger and bigger.”

But the most memorable moment of the night came when we were walking down the stairs after another long meandering stroll across the roof decks, with their panoramic views of the city, when we saw Courtney Love coming up the stairs. She stopped for a hug, and then turned to the young woman next to her, who looked very familiar.

“This is my daughter, Frances,” she said. We said hello to Frances Bean Cobain, the only daughter of Kurt Cobain and Courtney Love, who’s had some pretty public problems with her mother in the past. But there, on the steps at the Purple party of all places, they seemed perfectly wholesome, a really happy mother-daughter duo, not unlike the pairing of us and our dad earlier in the night. Maybe Fashion Week should be more of a family affair. 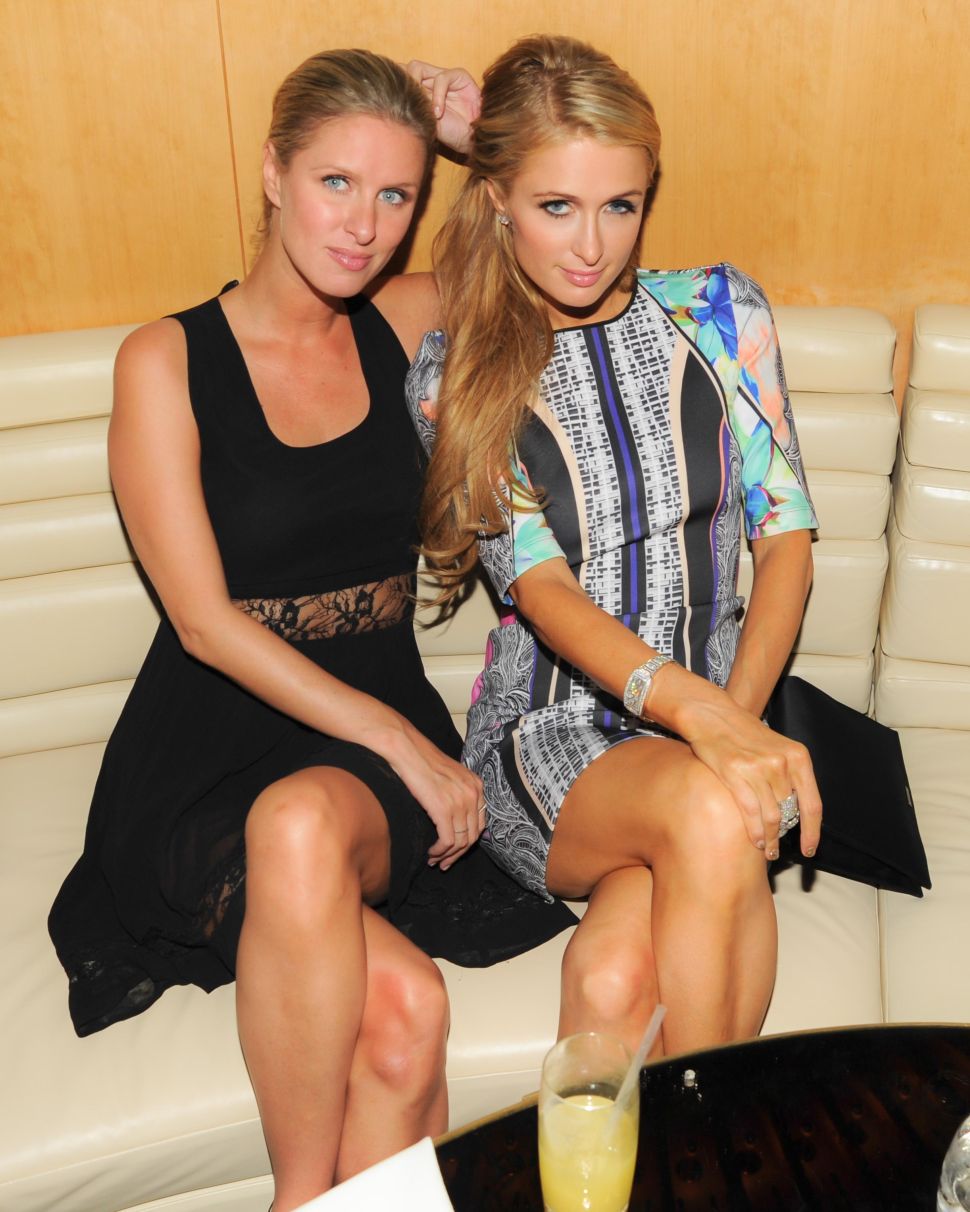