The charges against the ex-power boss come three years after other federal corruption charges were thrown out after the Supreme Court in an unrelated case ruled the charges invalid.

The indictment charges Ferriero, 56, with conducting the BCDO’s affairs through a pattern of racketeering activity. He is also charged with conspiring to promote bribery and distribute bribe proceeds and to commit mail and wire fraud; as well as with one count each of violating the Travel Act and the mail and wire fraud statutes.

Ferriero extorted $1.7 million from a company proposing to develop a retail and entertainment project on land owned by the N.J. Sports & Exposition Authority. The unnamed company, believed to be the Mills Corp., reports say, agreed to secretly pay a consulting company run by Ferriero and two of his then-law partners $35,000 a month in return for Ferriero’s assurances that he would not publicly oppose the project, prosecutors allege.”

Ferriero is expected to make his initial court appearance before U.S. Magistrate Judge Joseph A. Dickson in Newark federal court on a date to be determined.

“According to the indictment, Joseph Ferriero ran a political organization as a racketeering enterprise, abusing power for profit,” said Fishman. “Today’s charges expose years of peddled influence, from grants to building projects to software contracts. Battling political corruption is a constant priority for this office; we will continue to demand honest public service for the people of New Jersey.”

The Bergen Record first reported the news about the indictment. 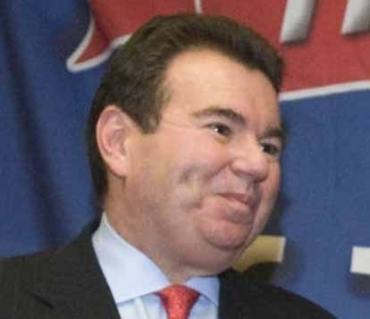