Starting around 10 p.m. last Saturday night, the scene outside the mall at Pier 17 in the South Street Seaport was something like a bizarro-world Black Friday, with hundreds of eerily fashionable people pressing up against one another, scrambling to get inside. Several security guards attempted to keep the peace, but the throng devolved into an anarchic–and very impatient–mob scene, as groups of models, writers, designers, celebrities and hangers on all attempted to get into Alexander Wang’s paradoxically-placed after party.

The tourist trap shopping emporium had been entirely shut down for the designer’s annual bash, which in recent years has been held at a gas station, a frat house and a bank. This year, he scrapped the escapism and just held the thing among actual clothing stores, albeit ones that could never stock, or sell, anything by Alexander Wang. (As it turns out, the mall won’t be stocking much of anything very soon: it closes to the public today and is going to be demolished in a few weeks.)

Mr. Wang was faithful to his setting, though. He created a series of Ginza arcades for the mall’s main gallery, complete with neon-lit alleys and stands offering chocolate Pocky sticks. The video installations, by Jeanette Hayes, featured Hello Kitty!-style cats dancing and prancing as if to the music. Also keeping in line with the theme of “trashy mall” was a live performance by Nicki Minaj. She sang along to a backing track that bounced off the high ceilings and concrete walls, rendered entirely inaudible. On a balcony out back, A$AP Rocky smoked a succession of joints encircled by a virtual cavalry of admirers, and Rihanna–looking like a porcelain doll from Mars–did whatever it is that Rihanna does. 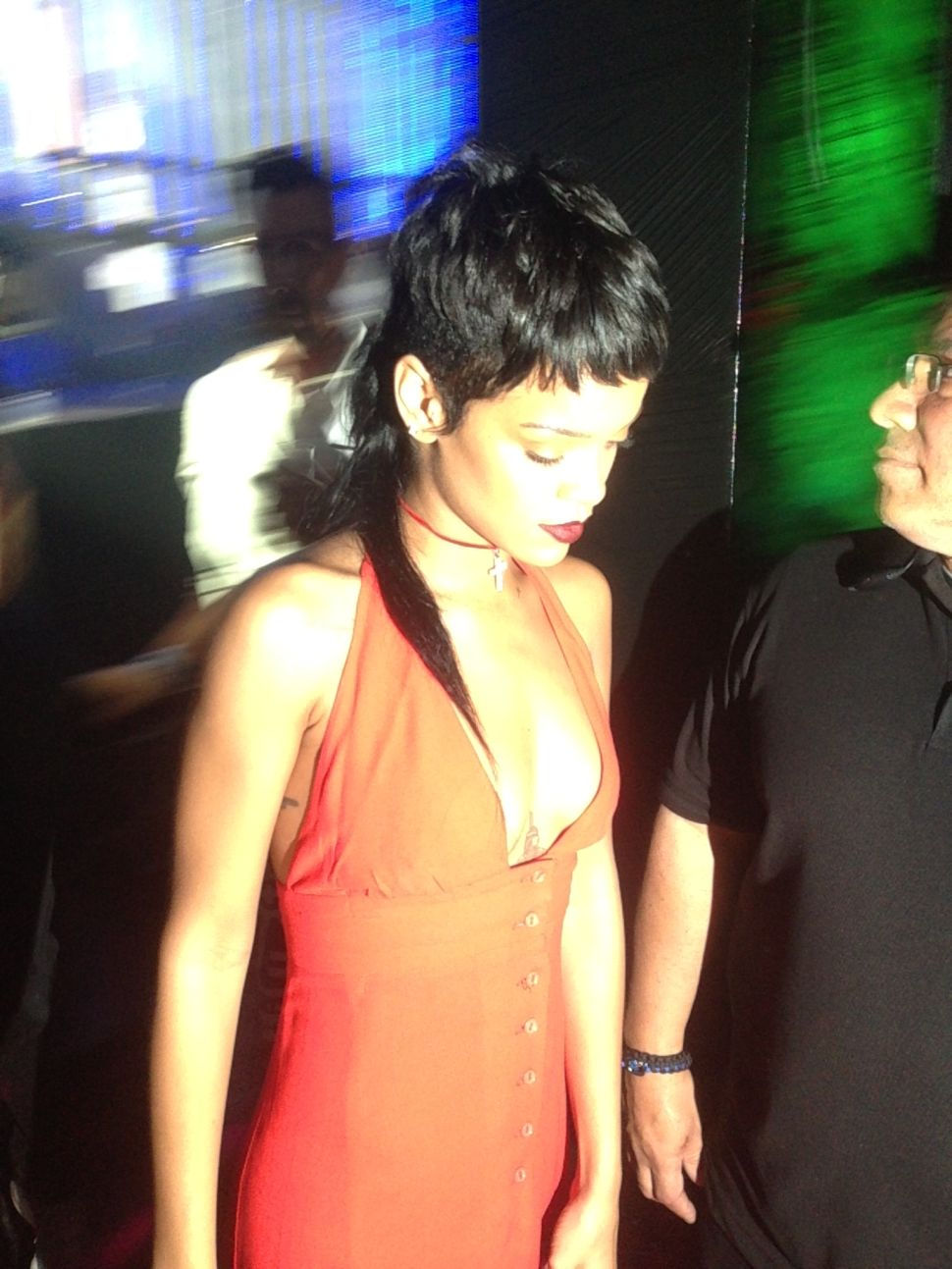