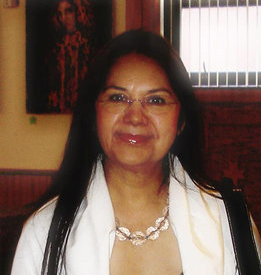 Appearing in federal court in Manhattan today, Glafira Rosales pled guilty to all nine counts, including wire fraud, filing false tax returns and money laundering, that she faced in connection with the ongoing investigation of the sale of forged works of art by the now-closed Knoedler gallery.

Ms. Rosales spoke to the court in a shaky voice, saying that she had knowingly “agreed with others to sell works of art” said to be by Robert Motherwell, Mark Rothko and Jackson Pollock that were in fact forgeries. She is believed to have passed off more than 60 fake works as authentic pieces.

Judge Katherine Polk Failla accepted the guilty plea, and ran down a list of penalties that Ms. Rosales will face, including a maximum of 99 years in prison and restitution to victims of the fraud that is not to exceed $81 million. She will forfeit various property, artworks and bank accounts now in her possession.

Ms. Rosales, who had been released on bail, left the courthouse after her plea.

Manhattan U.S. Attorney Preet Bharara said: “With her guilty plea today, Glafira Rosales acknowledges her role in a sprawling fraud that involved the commission of phony artworks she represented as real, and her efforts to hide the proceeds of this massive scam in foreign bank accounts. Rosales’s plea shows that no matter how wide-ranging the deception, this Office will continue to bring the perpetrators of fraud to justice.”

According to the allegations contained in the Complaint, Indictment, superseding Indictment, and statements made in court:

ROSALES was an art dealer who, starting in 1994 and continuing through 2009, sold more than 60 never-before-exhibited and previously unknown works of art (the “Works”) that she claimed were by the hand of some of the most famous artists of the twentieth century, such as Jackson Pollock, Mark Rothko, and Robert Motherwell. She sold the Works to two prominent Manhattan art galleries for approximately $33.2 million. The galleries, in turn, sold the Works to victims of ROSALES’s crime for more than $80 million.

The Works were fakes created by a painter (the “Painter”) who resided in Queens, New York. ROSALES conspired with her long-time companion, identified as a co-conspirator (“CC-1”) in the superseding Indictment, to procure and sell the Works and to launder the proceeds of the fraud. CC-1 first met and befriended the Painter in Manhattan in the 1980s while the Painter was painting on the street. The Painter, who received formal art training at an art school in New York, created the Works for ROSALES and CC-1 at the Painter’s home in Queens. In some instances, the Painter signed the purported artist’s name to the Works, such as Jackson Pollock, but in other cases, CC-1 applied the false signatures. After ROSALES and CC-1 retrieved the Works from the Painter, CC-1 gave the Works the false patina of age by subjecting the Works to a number of different treatments.

The provenance that ROSALES supplied for the Works was also false. In selling some of the Works, she purported to represent a particular client who was associated with Switzerland, had inherited the paintings and wanted to sell them, but also wished to remain anonymous (the “Purported Swiss Client”). For the remainder of the paintings, ROSALES purported to represent a Spanish collector (the “Purported Spanish Collector”). She further claimed that a portion of the price paid by the Manhattan galleries would be a commission to her for selling the paintings and that the remainder would be passed along to her clients. In truth and fact, the Purported Swiss Client never existed and the Purported Spanish Collector never actually owned any of the Works.

ROSALES also filed tax returns that falsely and fraudulently tended to show that she had not kept all or substantially all of the proceeds from the sale of the Works, when, in fact, ROSALES kept several million dollars of the proceeds.

ROSALES received most of the proceeds from the sale of the Works in a foreign bank account that she hid from, and failed to report to, the IRS. United States taxpayers are required to report to the IRS the existence of any foreign bank account that holds more than $10,000 at any time during a given year by the filing of a Report of Foreign Bank and Financial Accounts, Form TD F 90-22.1.

Mr. Bharara praised the outstanding efforts of the Federal Bureau of Investigation and the Internal Revenue Service-Criminal Investigation in the investigation, which he noted is ongoing.

This case is being handled by the Office’s Complex Frauds Unit. Assistant U.S. Attorney Jason P. Hernandez is in charge of the prosecution.